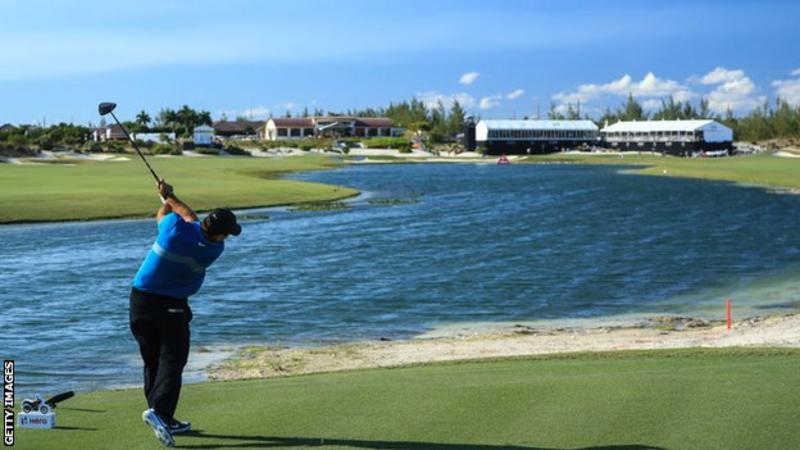 Gary Woodland and fellow American Patrick Reed share the lead after the first round of the Hero World Challenge in the Bahamas.

The pair managed six-under rounds of 66 as Tiger Woods was one of those to struggle in windy conditions.

The 15-time Major champion closed with a bogey and double bogey to slip to level par for his opening round.

England’s Justin Rose is one of four players three shots off the lead and one behind second-placed Chez Reavie.

“I didn’t putt well today,” said Woods after his round. “My short game was great, drilled it really well, just hit a couple of poor iron shots that cost me a few shots.”

Woods hosts the 18-strong field at the event which is held for the benefit of his charitable foundation. He admitted that he would also take the chance to fine-tune his American team before next week’s Presidents Cup meeting with the International team.

“We have some things we need to run through with the guys, some ideas,” Woods said. “We want to have a clear picture of what we want to do down there because obviously once we get down there things roll pretty quickly.”

Tiger Woods in 2018: Grading an incredible year on the remarkable comeback journey

BMW PGA: Rory McIlroy storms up the leaderboard after third-round 65