Sebastian Garcia Rodriguez shot a course-record 62 at the Forest of Arden and still wasn’t the man to put the hero into the Hero Open on Friday.

The day, played out in Mediterranean sunshine, belonged almost entirely to the Malaga marvel, 56-year-old Miguel Angel Jimenez, who hit an incredible bogey-free 64 on the day he made a record 707th appearance on the European Tour. 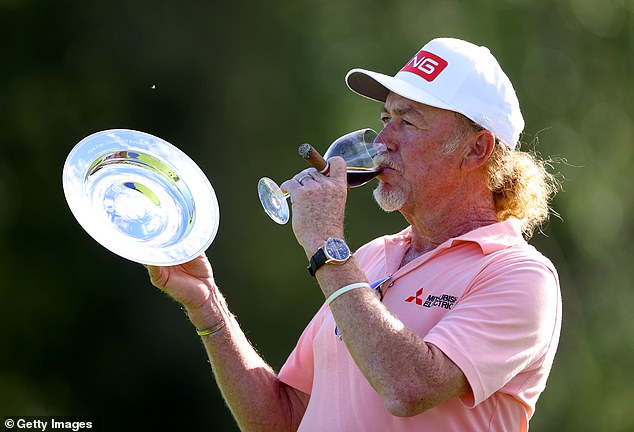 When Sam Torrance broke the appearance record in 2010, he promptly withdrew following a first-round 83. Jimenez, in contrast, played so well that he had eight birdies on his card and left a putt for another in the jaws of the hole at the 14th and then lipped out wickedly at the par-five 17th.

At this rate, give him another couple of years and he will probably start shooting his age.

He is certainly good for a few more appearances, even if he does play most of his golf these days on the Champions Tour in America, where he has won two senior majors and seven other titles. 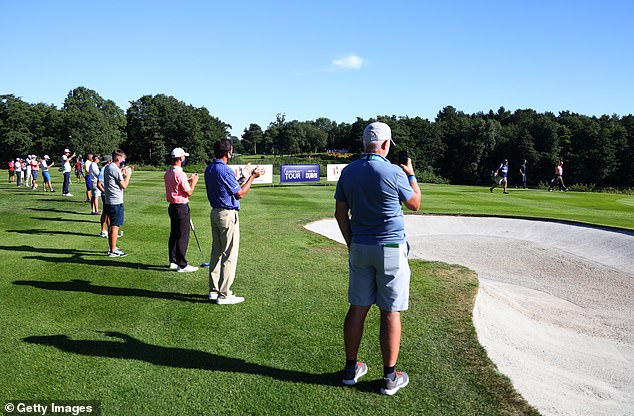 ‘Miguel tells me the secret is plenty of red wine and olive oil, but no one should ever forget what a hard competitor he is,’ said the previous European Ryder Cup captain, Thomas Bjorn.

Renato Paratore, playing alongside Jimenez, can testify to that, having been thoroughly outplayed by six shots. 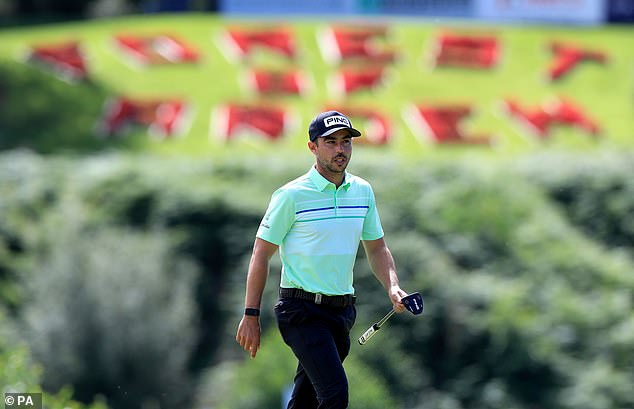 In another example of the tour’s fraternity, a terrific number of players gathered by the 18th green to make sure Jimenez was greeted by a crowd at the end of his astonishing round.

Jimenez, who has won 21 tournaments in Europe, summed up what it all meant to him. ‘It’s been a magical day, beautiful weather, eight under par, and around the 18th green with all my friends clapping me. What a nice life. How could it get any better?’

After running to the scorer’s area, he was ushered away for a glass of vintage Rioja. So it probably did.