Justin Rose digs in to keep up with last year’s winner Brooks Koepka as the US PGA Championship, the first golf major in 13 months, gets underway… while Tiger Woods records his lowest first round in a major for eight years

They arrived at Harding Park in face coverings but it wasn’t long before Tiger Woods, Brooks Koepka and Justin Rose revealed their undisguised intentions to get the first major in 13 long months off to a rousing start at the 102nd US PGA Championship on Thursday.

We never know quite which Tiger will show up these days with his problematic back, but thankfully this one holed all sorts of putts in the manner of old for a wonderfully encouraging 68, his lowest first round in a major for eight years.

‘We had the best of the conditions early on and I’m happy with the way I played to take advantage,’ said Woods, whose back must have been feeling pretty good as the 44-year-old went straight from the course to the practice ground. 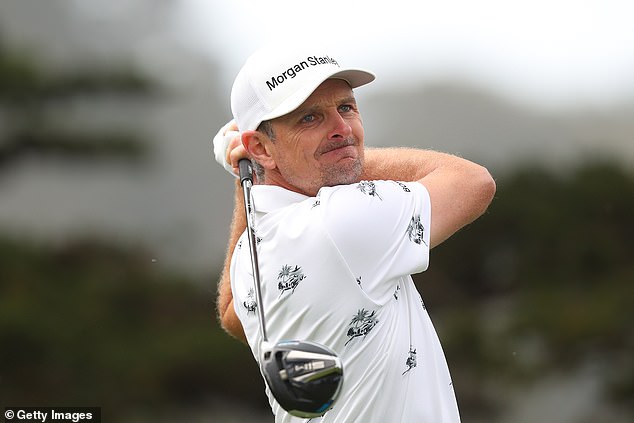 Justin Rose dug in, shaking off a spell of indifferent form to post a 66 on the first day 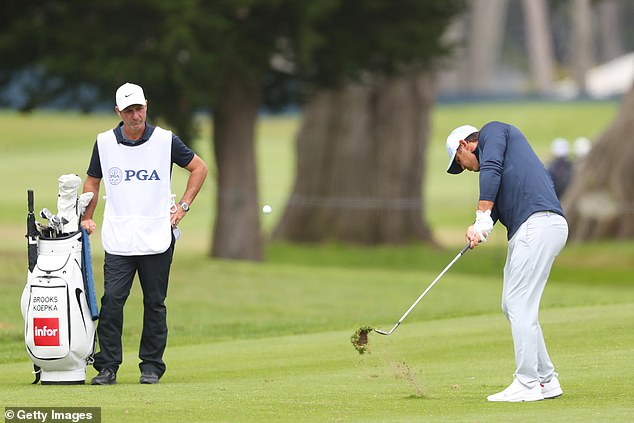 Rose shrugged off his long spell of indifferent form to summon up the fighter within and post a defiant 66 with nothing worse than a four on his card. Rose likes playing golf in California. His last win came in San Diego 18 months ago, and he came close to landing the US Open at Pebble Beach last year. He was honest enough to admit this score owed everything to his prodigious scrambling and course management qualities.

‘I don’t think I could have got more out of my round,’ confessed the Englishman, who turned 40 last week. ‘Nine times out of 10 we walk off the course and we’re frustrated because we’ve left shots out there. This was one of those rare days when you feel like you’ve stolen off the course.’

And then there was Koepka, bidding to become the first man to win this event three years in a row for the best part of a century.

What an extraordinary player he is, coming to life last week after so many moribund months and showing once again that he only lives for four events a year.

Egged on by his English coaches, Pete Cowen and Phil Kenyon, who look after his chipping and putting respectively, the four-time major winner’s work around the greens was impressive as he matched Rose in carding a menacing 66. ‘I’m just playing so well,’ said the 30-year-old Floridian. ‘I had the chance to win the US Open three years in a row and it kind of drove me nuts that I got so close last year and didn’t get it done. To do it here would be so special.’ 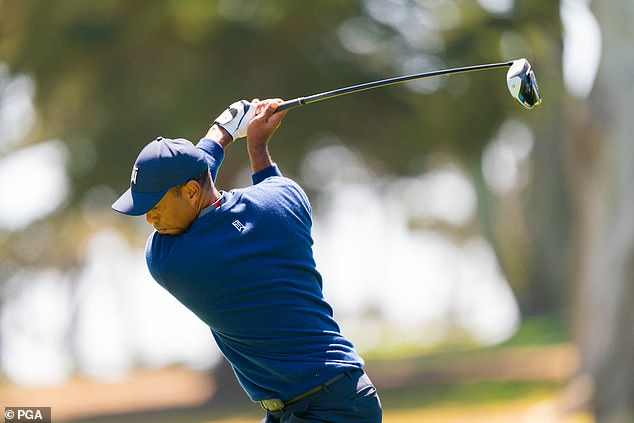 Among the morning wave, the lead was held by Australian Jason Day, the 2015 winner of this event, who shot 65, while no fewer than seven other players finished alongside Koepka and Rose on 66.

It was a fine day all round for the current holders of the four majors. In addition to Woods and Koepka, US Open winner Gary Woodland shot 67, while Open champion Shane Lowry posted a 68.

Rory McIlroy matched the par of 70, which represented a spirited fightback from another ropey start to a major.

When he bogeyed three early holes in a row, it brought back uncomfortable memories of the last major, and his horrific first round at the Open at Royal Portrush, when he tumbled to a 78.

In the Sky Sports studio, 2014 Ryder Cup captain Paul McGinley was dishing out the tough love. ‘He’s not the same player as before lockdown, he doesn’t have the same intensity,’ he said. 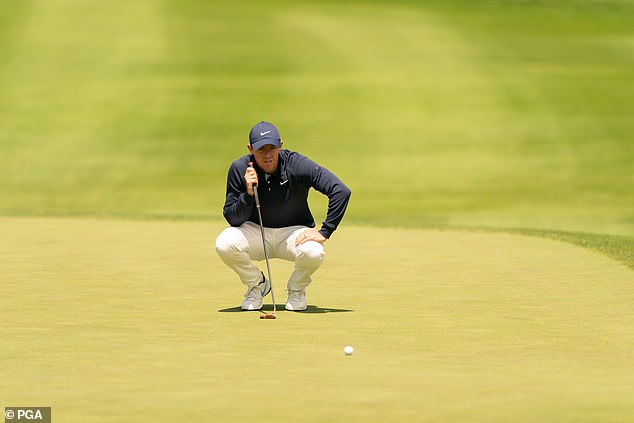 Rory McIlroy matched the par of 70, fighting back after another ropey start to a major

‘He just doesn’t look up for it. He’s got to tell himself that these are the majors and he needs that intensity back.’

It was almost as if McIlroy was listening. From that most unpromising start, he fought back. Starting from the 10th, McIlroy marked down four threes in a row on his card from the 16th, three of them for birdies, but could not keep up the momentum.

‘It’s not a bad start, although I thought the course was there for the taking for the morning wave,’ said the Northern Irishman.

‘I was happy enough with my run around the turn but didn’t hit enough fairways after that to take advantage.’

Tiger had only played one shot before the first f-bomb echoed around the largely deserted property. A miscued opening drive left him in poor position, and he was in an even worse spot following his second to the par-five 10th.

From there, however, the first moment of genius, and a magnificent lofted pitch that finished 6ft away for an opening birdie. 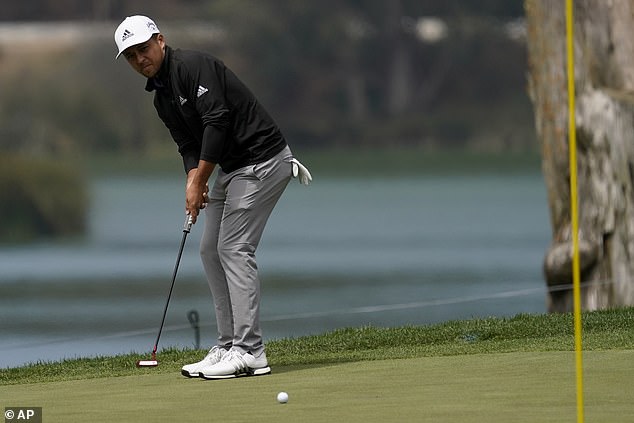 Woods had a new putter in his bag, quite something given he won 14 of his 15 majors with the old one. The new one worked well, with a series of one-putts dotted throughout his round.

There were even one or two little fist pumps from the 44-year-old. What he’d give for that back to hold up for three more days, in search of a 16th major just 30 minutes from where he went to college at Stanford.

Of the fancied names, Xander Schauffele was among the multitude to shoot 66, while world No 5 Dustin Johnson shot 69 and No 1 Justin Thomas had two untidy double bogeys in a 71.

As for the Brits, Rose was joined on the leaderboard by the in-form Tom Lewis, who shot 67 to build on his breakthrough joint runner-up finish at the WGC event in Memphis last week. Tyrrell Hatton and Matt Fitzpatrick, though, could only manage 72 and 74 respectively.

U.S. Open 2019: Will Tiger Woods bounce back after a disappointing PGA Championship?