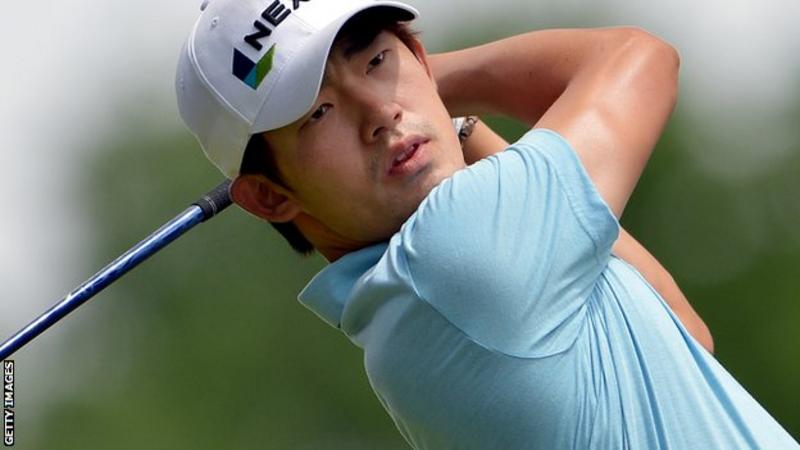 Bio Kim has been given a three-year ban from the Korean Tour after making an obscene gesture to a spectator.

The 29-year-old Korean won the Daegu-Gyeongbuk Open in his homeland but was disciplined after raising his middle finger towards the crowd after being distracted while teeing off.

He was also fined £6,750 by the Korean Professional Golfers’ Association.

It said he had “damaged the dignity of a golfer with an etiquette violation and inappropriate behaviour”.

Kim, leading money earner on the Korea Tour, reacted on the 16th tee of his final round when a smartphone sounded during his swing, and his drive went just 100 yards.

He apologised afterwards, but the video clip went viral and he was ordered to attend a hearing in Seoul.

It is not certain if the golfer – who pleaded for leniency and even knelt in front of TV cameras – will be allowed to play other tours around the world.

The PGA Tour said he would not be eligible pending its own review to determine whether to restrict his access to its tournaments.

Els hopes for a big year from ‘Australian icon’ Day