Forget Everest, we’ve reached the top! Lee Westwood hails Team Europe for making the Ryder Cup squad as they prepare themselves for gargantuan task of overcoming the USA this week

Perhaps it should have come as no surprise, given the gargantuan task they face, that Mount Everest got a mention.

More than 5,700 hardy climbers have conquered the brutish, imposing beast (no Bryson DeChambeau jokes at the back), the motivational video told the European underdogs as they settled in for their first night at the team hotel.

Then it switched to a shot of a rocket soaring into the Cape Canaveral skies before informing them that just 570 human beings have been blasted into space. The numbers continued. A shot of Jack Charlton on the Wembley turf, gleaming Jules Rimet held aloft — only 445 have won football’s men’s World Cup. 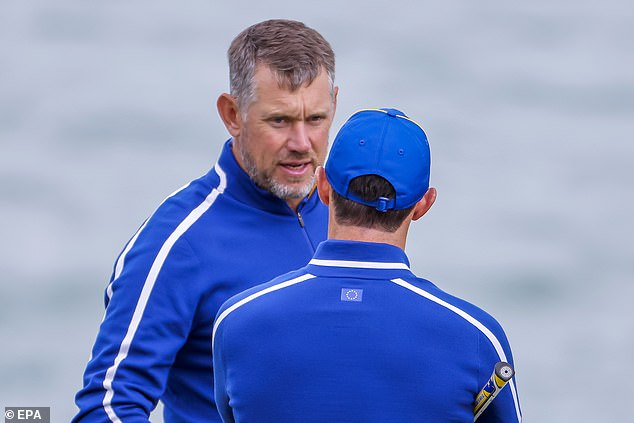 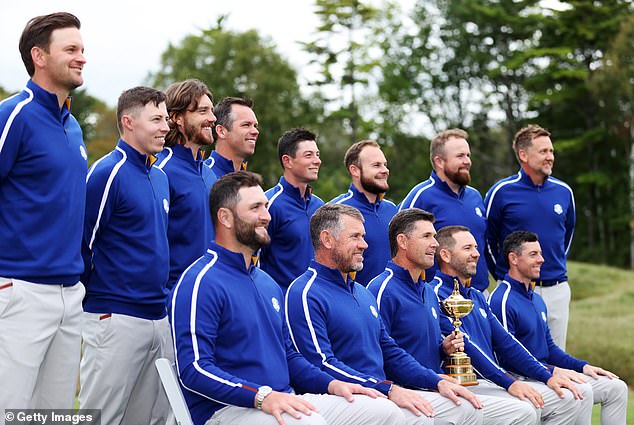 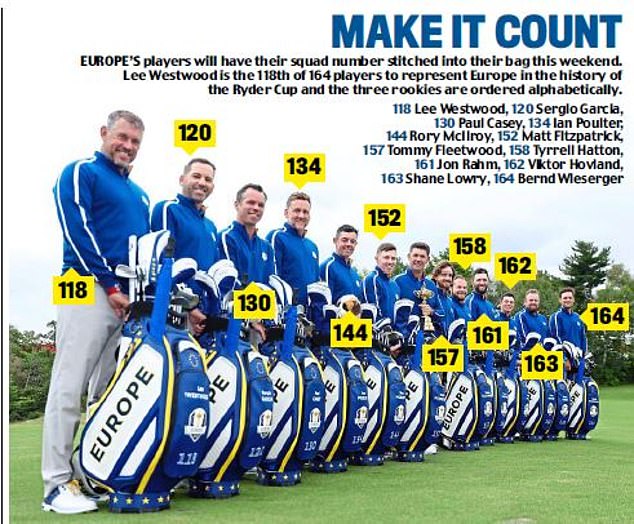 The point was eventually made to the gathered golfers. When this tournament’s debutants make their bow on the whipping shores of Wisconsin’s Whistling Straits, the number of those to have represented Europe (and formerly GB and Ireland) in a Ryder Cup will stand at an even smaller figure: 164.

If golf has always been a numbers game, captain Padraig Harrington, who commissioned the clip, has underlined it. For the first time, Harrington’s Europeans have been given their own squad number. It is a system used by many, including the England cricket team, and now it has a place in the 43rd version of the Ryder Cup.

From Friday, each Europe player will proudly display their number on their bags. There was discussion over whether to put it on the back of their kit but it was dismissed. No word on whether that was because it would have been deemed too American. 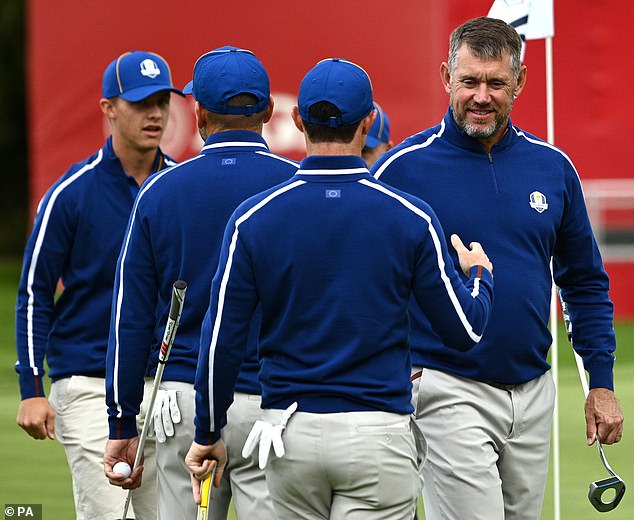 At the age of 48, a clearly relaxed Lee Westwood saw the funny side. ‘Mine is the smallest number, obviously,’ he pointed out ahead of his 11th appearance. The man from Worksop, who made his bow partnering Nick Faldo at Valderrama in 1997 and who is now playing Ryder Cup golf in a fourth decade, is 118.

‘You have a far greater chance of going into space or climbing Mount Everest than you have representing Europe in the Ryder Cup,’ Westwood explained, on message. ‘We’ve all got numbers now. It’s something to be very proud of, along with being able to pull on the clothing with the European team crest on it.’

With Westwood at one end of the spectrum, Norway’s fresh-faced Viktor Hovland is at the other, taking the 162nd slot, with only Shane Lowry and Bernd Wiesberger below him thanks to alphabetical order.

The new boy is 24 — half of Westwood’s age and the same as that of his son and caddie for this clash, Sam. 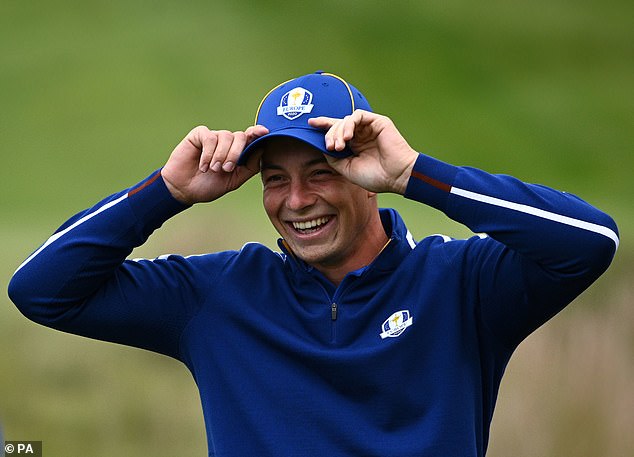 Will Hovland have more in common with Westwood junior? ‘Yeah, I would say they chat about more things that they can both relate to than Viktor and I can relate to,’ Westwood admitted. ‘Certainly not music, all that heavy metal stuff.’

Not that he would entertain any suggestion that he is past it. ‘Another question about being old,’ one of the US reporters asked. ‘I’m not old!’ a smiling Westwood interrupted. ‘I’m 48 — how old are you?’ When the journalist told him older than that, Westwood nodded. ‘Can we use the word mature? No, actually mature doesn’t apply to me either.’

You get the impression Westwood may be a key contributor to what sounds like a lively WhatsApp group which Hovland spoke about as he faced the press for the first time. 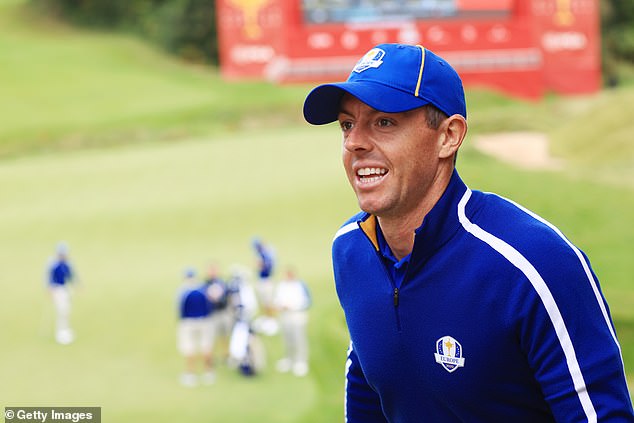 ‘I can take a punch to the face,’ the Oslo born, Oklahoma-educated newbie said, when asked how he planned to deal with a partisan, almost exclusively home crowd. ‘I’ve definitely had my beating so far in the group text — there have been some team members who have got hold of some old pictures of me and had some fun with them. But it’s all good banter, and again, just bringing us closer together.’

That traditional closeness has been highlighted as an important weapon as the Europeans face up to the heavy favourites. Number 144, Rory McIlroy, agrees.

‘We play for each other,’ the Northern Irishman explained. ‘You play for everyone who is helping our team try to win this week. You’re obviously playing for your country and your continent and I guess your Tour in some way, as well. But most of all, we play for each other.’

McIlroy was also a fan of the video. ‘When you sort of break it down like that it’s a pretty small group,’ he said. ‘It’s pretty cool.’