Credit the Americans for a stirring fightback in the morning foursomes on day two of the Solheim Cup on Sunday. They didn’t need the help of the referee, either.

No team in Solheim history has recovered from a three-point deficit following the opening day but they reduced the European advantage to a single point going into the afternoon fourballs.

Given the visitors led in all four matches after an hour’s play in Toledo, Ohio on Sunday, it was a tremendous performance from the American side who were clearly under severe pressure. They responded valiantly to win the series 3-1 as the contest fell more into line with expectations, with little to choose between two well-matched teams. 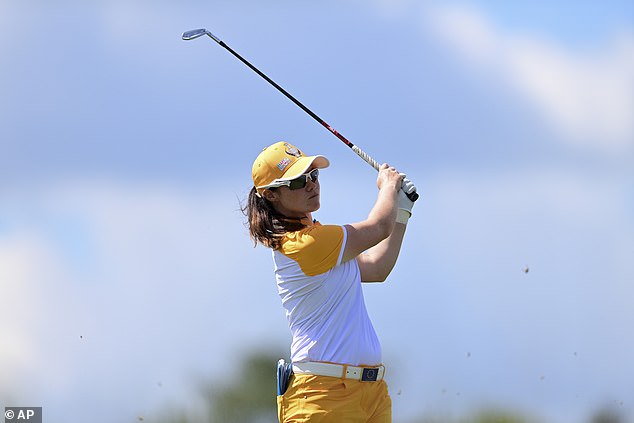 The one European success came from Irish debutant Leona Maguire and English veteran Mel Reid, as they capitalised ruthlessly on an out-of-sorts Ally Ewing and world No 1 Nelly Korda.

This was the American pairing who were rather gifted the first full point the US team mustered by referee Missy Jones on Saturday afternoon. She ruled Madelene Sagstrom had no right to concede an eagle putt from Korda on the 13th hole that stayed above ground but the official decreed was hanging over the hole.

Given they could have stayed there all night and the putt wouldn’t have fallen in, it was a completely unnecessary call from Jones that may have ended up affecting Korda more than the Europeans.

She was distraught on Saturday evening, as her integrity was grotesquely questioned on social media. This was nothing to do with Korda, who hadn’t asked for a ruling. The wretched Jones came up with that one all by herself. 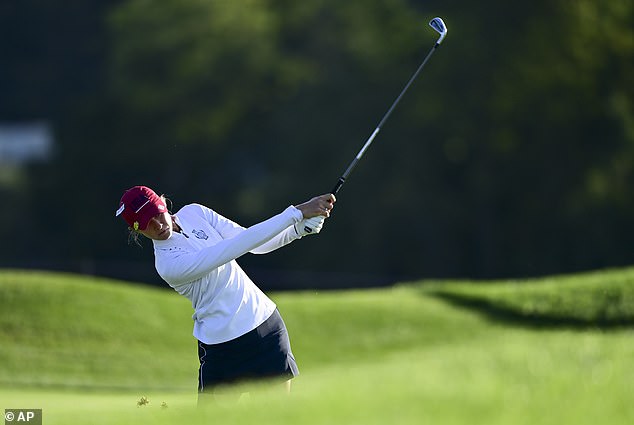 As if still affected on Sunday morning, Korda and Ewing played poorly — but that shouldn’t detract from Reid and Maguire, who kept them under the cosh. What a performance from Maguire, who made it three points out of three.

After waiting 31 years for a first Solheim Cup representative, plenty in Ireland might think it worth it following Maguire’s stunning introduction. Everything known about the feisty 26-year-old from Cavan suggested she’d cope just fine with the pressure and the American crowd, but who could have predicted a display quite this fine?

This was arguably the most satisfying point of the three, as she and Reid blended perfectly for a comprehensive 5&4 dusting of their helpless opponents. The howl of jubilation from Maguire when she holed the winning putt from 20ft must have been heard in downtown Toledo.

‘My job was to make her feel comfortable on her debut but she’s taken to the Solheim like a duck to water,’ said Reid. ‘It’s an honour being her foursomes partner.’ 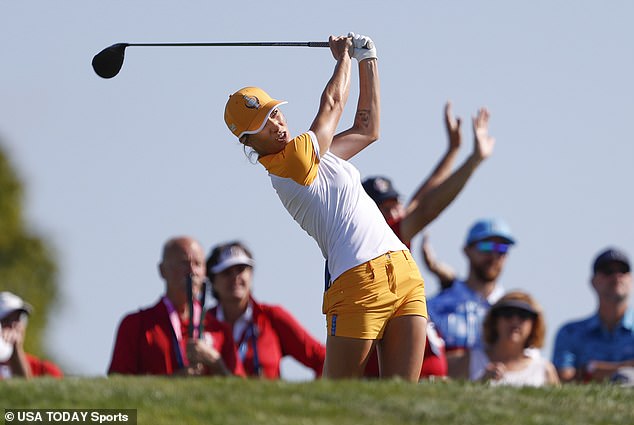 She became her fourballs partner too after lunch, as the groupings revealed that Maguire will be the only player on either side who will play five matches. Now that’s what you call an introduction.

But no sooner had Reid and Maguire finished their foursomes match than it all started to go wrong. Georgia Hall and Sagstrom were two up after two but lost on the 18th — the first time the former has tasted foursomes defeat in three Solheim Cups.

The crowd were now involved and suddenly the American putts started falling in from all over the place. Lexi Thompson holed a 35ft birdie putt at the 17th as she and Brittany Altomare beat Charley Hull and Emily Pedersen.

Minutes later, Jennifer Kupcho, whose boyfriend proposed to her on the eve of the contest, kept up the feelgood vibe when she holed almost an identical putt to beat the formidable Scandinavians, Matilda Castren and Anna Nordqvist.