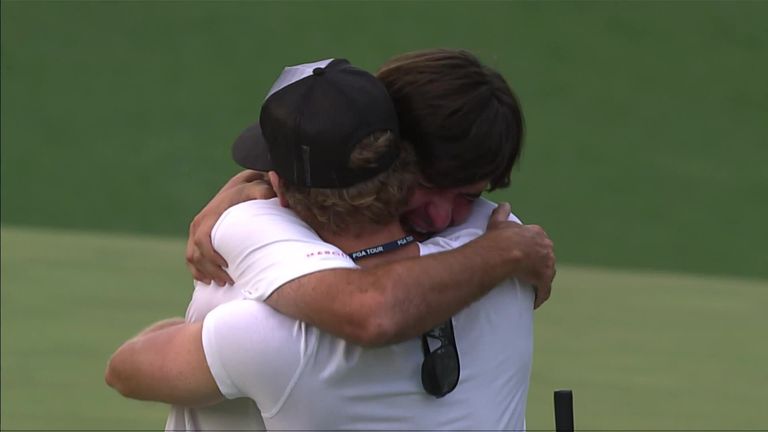 There were plenty of tears at Augusta National in 2012 after Bubba Watson claimed his first major victory by securing the first of his two Masters titles.

The American left-hander was forced into a play-off with South African Louis Oosthuizen after the pair finished on 10 under after 72 holes. However, he then produced a sensational recovery shot as he hooked a wedge from the pine straw onto the green, turning his ball almost 90 degrees, and within 10 feet of the hole.

Watson missed his birdie putt but Oosthuizen failed to make his par and the American tapped in to secure the title.

That sparked a flood of tears as he hugged his caddie Ted Scott and he then shared a touching moment with his mother as his victory started to sink in.

Click on the video above to see Watson’s magic from the pines and his tearful victory celebration!