American Tony Finau claimed a three-shot lead at the halfway stage of the WGC-HSBC Champions, but it was a day to forget for Rory McIlroy.

Defending champion Justin Rose is part of a star-studded chasing pack, after Finau added a second round of 67 to his opening 66 at Sheshan International to finish 11 under par.

Rose on eight under alongside his Ryder Cup team-mate Tommy Fleetwood and Masters champion Patrick Reed. 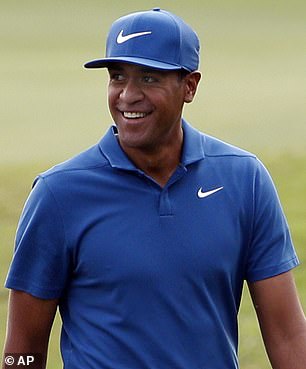 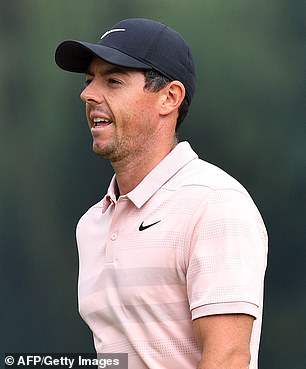 Tony Finau (left) enjoyed a strong round in China, but Rory McIlroy (right) had a day to forget

But McIlroy’s chances of winning the tournament have vanished after an error-strewn 77, which saw him take an eight on the par-5 second after going into the water twice.

The Northern Irishman bogeyed the first, before hitting a perfect drive down the middle of the second hole. But he overcooked his second shot and saw it roll into the hazard.

It went from bad to worse for the world number five, who then undercooked his next shot – his fourth – and saw it roll back into the water. 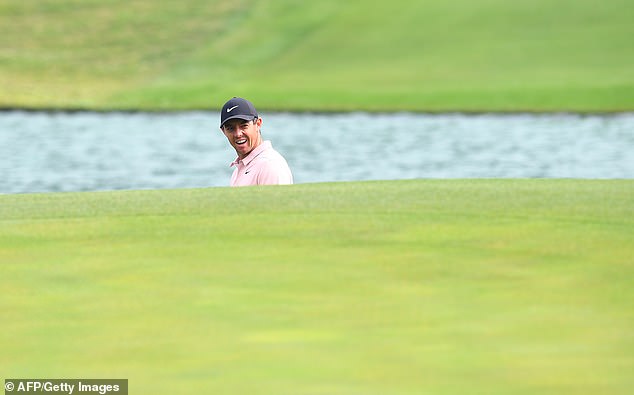 To make matters worse, McIlroy missed a putt from inside 10 feet and ended up with an ugly triple-bogey.

At the top of the leaderboard, Finau recorded eight birdies, one bogey and an unfortunate double bogey on the 11th, where his approach bounced off a sprinkler head and careered over the green.

‘I’m really pleased,’ the American Ryder Cup player said. ‘I played nicely and was happy with the way I finished. I was pleased to make a few birdies coming down the stretch. 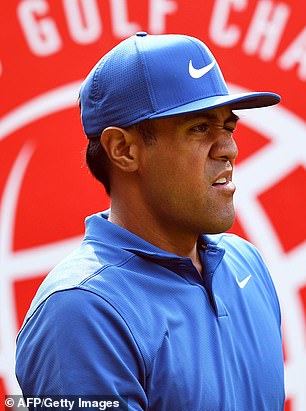 Finau leads by three despite a double-bogey

‘That was about as bad a break as I’ve ever had (on 11), to kick all the way over the green into the hazard. One thing I’ve learned in this game, you take the good with the bad and keep moving forward.

‘I knew I was playing well still and still at the top of the leaderboard. Just keep plugging along and try to get that back and I was able to do that.

‘There’s a lot of great players here that are looking to chase me down. I’ve got to stay in attack mode, continue to make birdies and if I limit the mistakes, I think it will be a good weekend.

‘I’ve put myself in a position to win a few times this season. I think I’ve learned from it and hopefully can use that experience on this weekend.’

Rose, who is looking to become only the second player after Tiger Woods to successfully defend a World Golf Championships event, carded five birdies in a flawless 67, while Fleetwood returned a 68 and overnight leader Reed had to settle for a 72.

The Englishman can return to the top of the world rankings with a tie for second or better recovered from eight shots behind with just 18 holes to play 12 months ago, sparking a remarkable run of form which yielded a total of four wins, 14 top-10 finishes and a solitary missed cut in 25 events.

‘It was a bogey-free round so that’s pretty tidy,’ the FedEx Cup champion said. ‘Those rounds don’t often come, especially in breezy conditions. 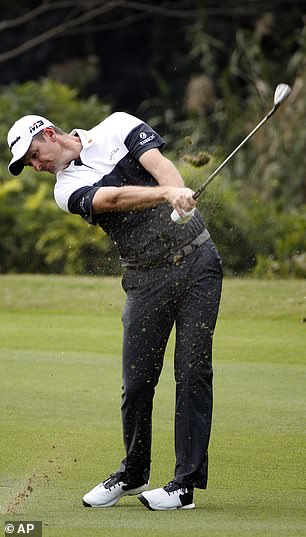 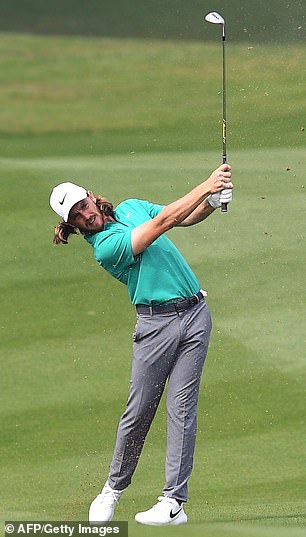 ‘I kept it mentally sharp and I felt like towards the end of the round I was trying to whip myself and keep driving forward and making good decisions and good swings.

‘I came into this tournament last year off a bunch of top 10s. I was feeling comfortable with my game and I feel a similar spot right now and I feel there’s nothing to lose.

‘Obviously there’s the added incentive of trying to get the 2019 PGA TOUR season off to a good start, so there’s the mental freshness that that gives you, but yeah, I feel like I’m in a similar spot.’

Rose played alongside new world number one Brooks Koepka, who appeared to be struggling with a back injury as he battled to a 74, including three birdies in the last five holes, which left him 13 shots off the pace on two over par.

England’s Matt Fitzpatrick began the day three off the lead but slumped to a second round of 80 to finish three over par.