Another good day for Rory McIlroy at the Genesis Invitational but a deeply troubling one for the tournament host, Tiger Woods.

One superstar goes into Sunday’s final round at Riviera tied for the lead with American Matt Kuchar and Australian Adam Scott after a fine round of 68. The other is among the back markers after admitting to health problems with his Masters defence now a little more than seven weeks away.

‘I’m a little run down and feeling stiff, which is showing in my play,’ said Woods, who recorded a wretched 76 on Saturday and offered the bleak assessment that he will only be able to compete in a maximum of 12 events each season for the rest of his career. 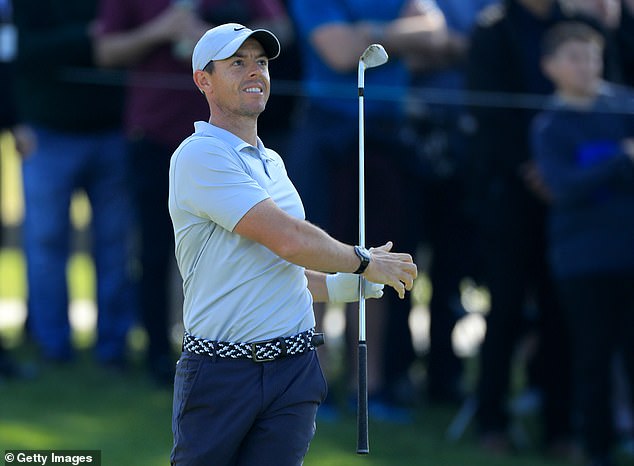 One casualty is this week’s WGC-Mexico Championship where, with no halfway cut, Tiger would have been guaranteed valuable world ranking, FedEx Cup and Olympic qualifying points.

Woods admitted, however, he simply wasn’t fit enough to do himself justice. ‘That’s one of the challenges of the fusion surgery that I’ve been through, and I just wouldn’t have been ready to play,’ said the 44 year old. ‘Cold mornings like Friday don’t help. I didn’t move well, but that is simply how it is going to go.’

After Mexico comes the four week Florida swing on the PGA Tour. One event (the Honda Classic) is in Tiger’s hometown, while another is the Arnold Palmer Invitational, a tournament he has won eight times. A third is the PGA Tour’s signature event, the Players Championship.

Asked when he envisages playing next, Woods offered no clue, with the only guarantee being that he will not play in all three. ‘I’m still trying to figure this comeback out,’ he said. ‘Do I listen to my body or do I try to push things? You know, the idea is to be ready for the Masters, so that’s what I’m working towards. 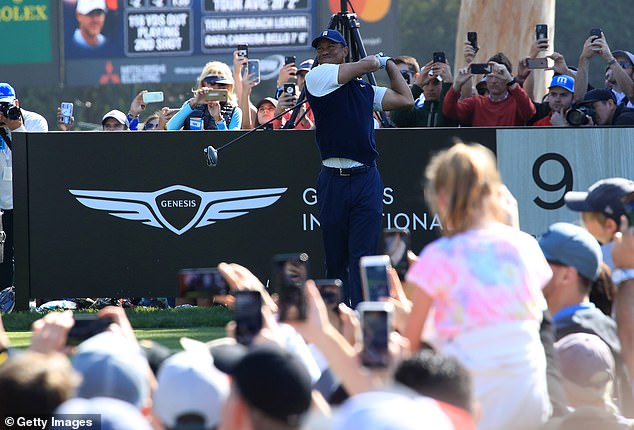 ‘I played 12 times last year and that’s kind of my number from now on. I cannot play more than that because of the physical toll, and I want to stay out here on tour for just a little bit longer.’

Seeking a record 83rd PGA Tour victory in the one event of any note that he hasn’t won, Woods began strongly on Thursday and was four under par after nine holes with two kick-in birdies and an eagle. Put Tiger in that position for much of his career, and the main topic of conversation thereafter was invariably the size of the victory margin.

Here, the the new reality kicked in. Clearly hampered by stiffness, he was all over the place on the back nine, and so it has continued. Where it really affects him is on the greens. Only once in his entire career, in 1998, had he had two four-putts in the same season. Now, he’s had two in two outings this year.

As for McIlroy, he didn’t hole many putts either. If he had, this tournament, his first since returning to the world number one spot, would have been done and dusted, and the final round an 18 hole victory lap. 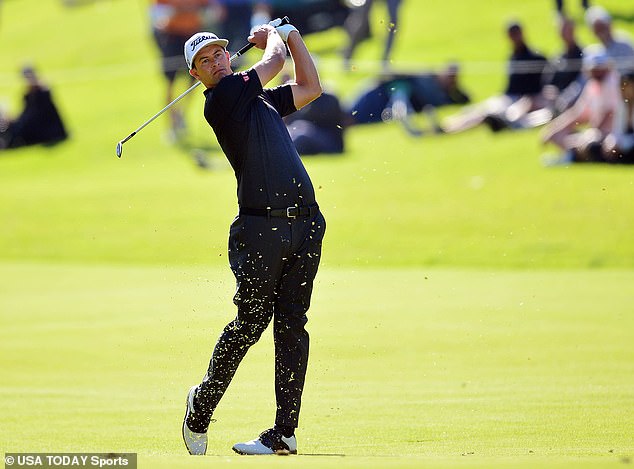 In all, the Northern Irishman missed no fewer than eight putts inside 11ft. Against that, his vastly underrated chipping game saved him at the last, where he played a wonderfully deft stroke to save par.

‘I struck the ball a lot better today and gave myself a lot of chances, but they tended to be from the wrong side of the hole, and so I had to be a little defensive,’ said McIlroy. ‘Overall, I have to be happy. I’ve given myself a great chance to win.’

As for Scott, the 39 year old is a former winner of this event and is seeking his first victory on the PGA Tour for almost four years on the course he regards as the best on the circuit. Another former winner, Dustin Johnson, is also on the march after a 67 of his own to be just two shots behind.

Englishman Paul Casey is five back after a 70, with Matt Fitzpatrick a further stroke adrift following a 68, but Justin Rose fell off the pace after a disappointing 74.