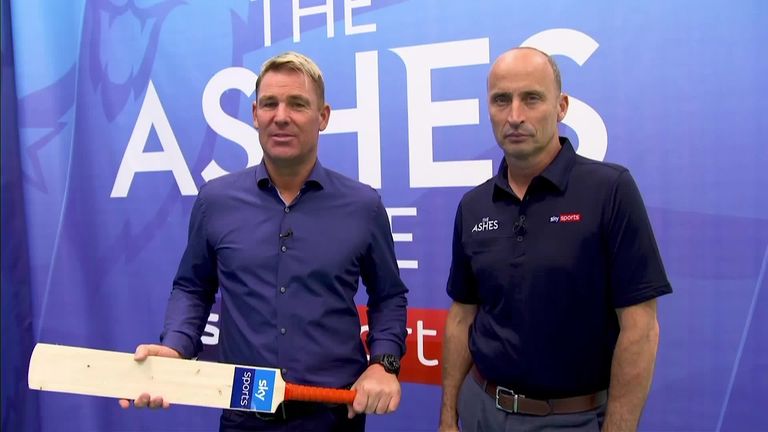 Nasser Hussain attempted to salvage some English sporting pride against Ashes nemesis Shane Warne as the pair took on the Grand Slam Challenge ahead of the Solheim Cup.

The pair took time out from their commentary on the enthralling Ashes series to battle for bragging rights with their golfing prowess, but who would adapt best to the four different ways to attempt to hole a putt?

The challenge, appropriately, begins with a cricket bat in place of a putter, and Hussain and Warne then try to hole out while wearing boxing gloves, with a kick, and while wearing a racing driver’s helmet.