A new breakaway Premier Golf League is scheduled to launch in January 2023, with organisers insisting the competition will be “in the best interests” of golf.

The PGL is backed by British-based consortium, World Golf Group, and is a separate organisation to the Saudi-backed Super Golf League, which revealed proposals for a new competition earlier this year.

The £250m PGL would feature a season similar to that of Formula One, with 48 players signing up for 18 events of three rounds each, with both individual and team formats in place, and there are also plans for a concurrent Junior PGL.

Rory McIlroy has consistently voiced his opposition to any breakaway circuit, describing the SGL as a “money grab” and comparing it to the failed attempt to launch a European Super League in football. “I’m playing this game to try to cement my place in history and my legacy and to win major championships and to win the biggest tournaments in the world,” said McIlroy ahead of the PGA Championship last month. “I honestly don’t think there’s a better structure in place in golf, and I don’t think there will be.”

While Lee Westwood joked that being offered £50m to compete would be a “no brainer”, Bryson DeChambeau revealed he would consider taking part but insisted he would not take the lead in joining any new circuit.

The PGA Tour announced any player signing up for a breakaway golf league could be subject to a heavy fine and possible suspension from the Tour, but PGL chief executive Any Gardiner believes a deal can be struck and backed the PGL to have a similar impact on golf as the Premier League has had for British football.

Speaking to the PA news agency, Gardiner said: “We think this is in the best interests of the game long-term, pure and simple.

“The world rankings recognise around 20 professional tours just on the men’s side and they generate around 500 events a year between them. That is a very robust pyramid but not all tours are equal obviously and I don’t think the pyramid of golf has ever been fully formed.

“I think if you put the PGL as the top of the pyramid in golf, a similar effect to the Premier League in football takes place where there is greater interest on a global basis, the profile of the sport rises, more eyeballs, more cash. Then it’s about how you distribute that through the pyramid.

“That’s the consultation we now want to have because the European Tour and PGA Tour can be part of this ownership structure, their members can be part of this. We are very happy to talk about a purse contribution that goes to support either or both.” 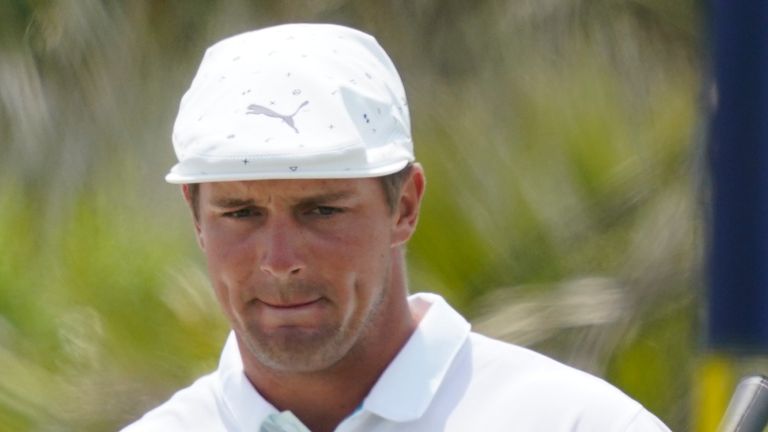 Gardiner admitted the PGL would need to sign up “about eight or 10 out of the top 12, 15 guys” to make the competition viable, but he remains confident of getting their plans off the ground.

“You have collective strength in the way Jack (Nicklaus) and Arnie (Palmer) and others did back in 1968,” he said. “I’m sure it wasn’t an easy decision for them to break away from the PGA of America to create the PGA Tour, which is of course the precedent for the PGL.

“It’s happened before and was very successful for the sport. I think sense will prevail. I think the nature of what we have to share will be sufficiently attractive, genuinely.

“If it’s not, the door has always been open and actually we’ve taken it off the hinge now. And we’re not putting it back. We’ll never stop.”