Padraig Harrington remains hopeful that a capacity crowd will be able to attend this year’s Ryder Cup, although admits there is little “wriggle room” to postpone the contest again.

The event has already been pushed back a year due to the coronavirus pandemic, with uncertainty remaining on how large the on-site presence can be at Whistling Straits this September.

Harrington accepts that the biennial event may have to take place under restrictions if necessary due to Covid-19, rather than delay the contest further, with the Irishman expecting a “seriously big party” if the contest can go ahead with full crowds. “You just can’t predict what it’s going to be like in September,” Harrington said ahead of this week’s Omega Dubai Desert Classic. “I assume everybody goes through highs and lows thinking that, hey, it’s all going to be over soon, and then it’s not going to be over.

“I think the only thing I can do as a Ryder Cup captain is prepare myself and my team as best I can with the idea that it’s full steam ahead. I know Ryder Cup Europe and the PGA of America will do the planning for all contingencies.

“I know if it does go ahead with full spectators and things like that, it will be a seriously, seriously big party. I think the relief for people to get out there and go to a sporting event of that magnitude will be palpable, and I’m sure the players will appreciate it.

“At the end of the day, I don’t believe there is wiggle room for pushing this back. It’s full steam ahead. I suppose I could have said the same thing this time last year.

“We are in the same boat now, but I’m an optimist and I believe we will be good to go in a capacity for sure that the players will want to be there and enjoy it.”

Team USA captain Steve Stricker will have six wildcard picks to complete his side, two more than the previous four, while Harrington will name his three captain’s picks after the BMW PGA Championship in September. 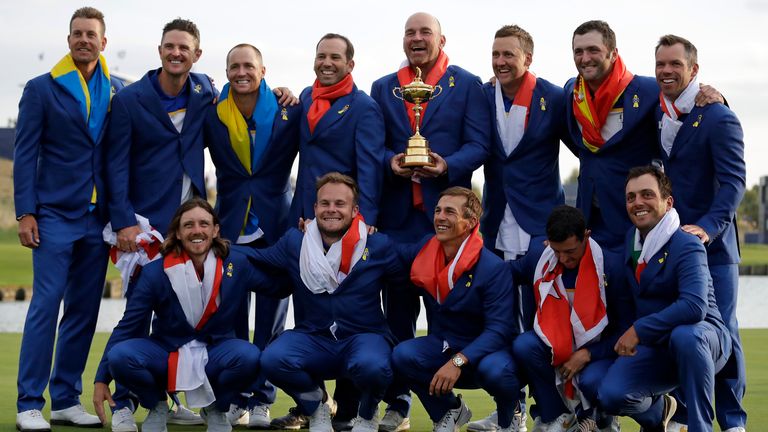 “I believe players should be given the right to qualify,” Harrington added. “Those who qualify deserve to be there. I think that’s why we’re good in Europe because of the system. We give everybody a chance.

“At one stage we were talking about eight picks; the more picks you have, the more people you have who think they can make it. If you have eight picks and you have 24 guys in contention, that’s 730,000 distinct teams you can come up with.

“Everybody is going to second-guess that. Whereas if you have three picks and maybe five people in contention, I think that’s maybe 20 different outcomes you can come up with so there’s less doubt or second-guessing.”