Tiger Woods will make his long-awaited return to competitive action on the PGA Tour this week at the Memorial Tournament and Paul McGinley tells Express Sport that the 15-time major champion is looking close to his best. Woods has been confirmed on the 133-player field for the tournament at Muirfield Village Golf Club in Dublin, Ohio this week.

The 44-year-old had limited his playing schedule earlier in the year to focus his efforts on being ready for a push at the majors.

He last competed at The Genesis Invitational and he had originally planned to skip the Players Championship in order to be in the best shape for the Masters, only for the PGA Tour season to be suspended due to the coronavirus pandemic.

The PGA Tour has since returned in America for over a month now, but Woods has opted against entering competitive tournaments.

There hasn’t been much information from Woods’ camp on his plan going into the revamped schedule, but it looks as though his focus will remain on the major championships. 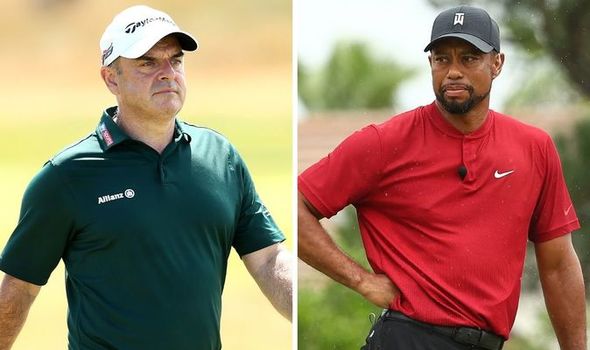 And McGinley, who captained Europe to glory in the 2014 Ryder Cup, has provided an insight into how Woods’ game is looking as he makes his return at the Memorial Tournament.

“I heard that he’s in really good form,” he told Express Sport.

“He’s working away diligently, nice and quietly and keeping his head down.

“There are no injury issues. I think Muirfield Village will be more about getting a few of the competitive cobwebs out the way because his game is in really good shape.

Rory McIlroy curses ‘dumb mistakes’ as he plans a break

“We saw him when he played that match against Mickelson and Tom Brady and Payton Manning – his game was in really good shape.

“From what I hear, there’s a continuation going on there.

“He just wants to knock a few competitive cobwebs out and that’s why he wants to have probably one start before he plays the PGA.”

He added: “Tiger is clever. He’s approached this post-lockdown in a very patient and constructive manner. 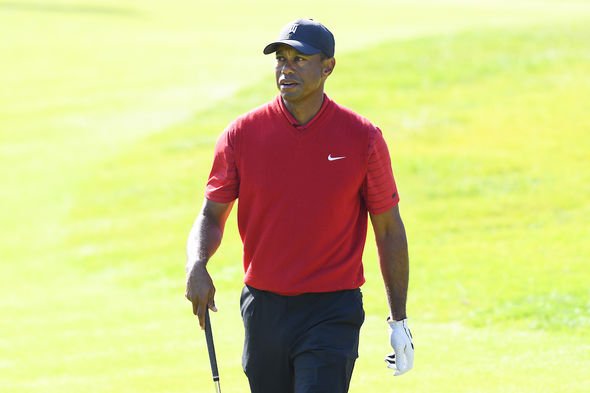 “He’s a great believer in only playing golf courses that suit him and particularly the major championships where he wants to try and get Jack Nicklaus’ record of 18 majors.

“That’s how he decides when he’s going to play and golf courses that suit him and where he feels he can excel.

“As a result, he’s playing in Muirfield Village where he’s won in the past, getting himself ready for the PGA in Harding Park.

“It’s been a very measured, calculated and patient presumption post-lockdown from Woods because he’s got his eye on the big prizes with the three major championships this year.”

Higa leads at US Open, Woods in the hunt at Memorial

Ireland’s Lowry breezes to victory at The Open