For what once seemed like forever, Gregory John Norman was the most recognisable Australian in the world.

Now, one must question whether Norman’s omnipresence represents the immovable obstacle threatening the future of golf.

In my experience of practising law for 20 years, there are few disputes which are entirely incapable of resolution. That’s of course, if calm heads gather around a table to spitball sensible ideas, on the understanding that they won’t stand up again without coming to a solution.

You get the sense that Australian golf needs Norman. The triple Australian Open shemozzle of the week just past was rather insipid. A product of necessity and financial reality, yet entirely devoid of any theatre, excitement or drama. A conglomeration of three tournaments that didn’t do proper justice to any of them.

Australian professional golf could do with all the magic fairy dust Norman might deign to sprinkle. The problem is that Norman’s off spraying incendiary rhetoric, chasing other conquests at whatever cost. And in the process, calamity has ensued. 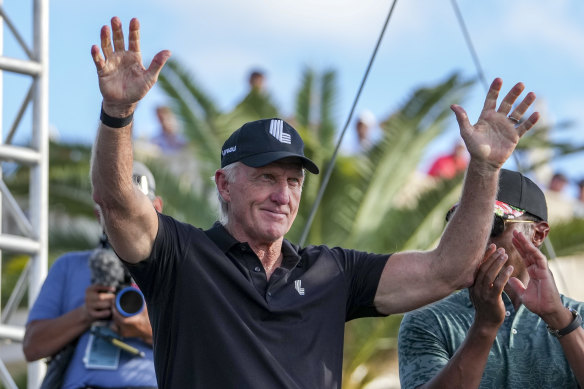 LIV Golf has become all about its chief executive, Greg Norman.Credit:Getty

As the golfing year ends in the professional sense, this question arises: will the depths of acrimony, enmity and venom plummeted to in 2022 be further tested next year? The short answer is, most likely, yes.

The better question, however, is one of whether Norman is a man capable of peacetime leadership, or one of those types whose primary capability is to marshal a battalion and start a war? Because the best sports administrators are perfectly capable of existing at both ends of the spectrum.

So is Norman someone so enamoured with fighting that he’s incapable of sense, nuance and compromise?

Tiger Woods and Rory McIlroy are statesmen of the game, albeit in different ways. Their common mantra, quite definitely, is that for there to be any compromise struck, the one showstopper is that Norman must exit his post as LIV Golf’s protagonist. 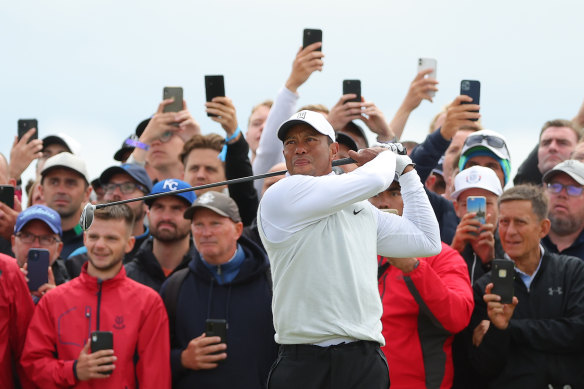 Tiger Woods has been critical of LIV Golf and Greg Norman.Credit:Getty

Predictably, Norman is bunkering down. Is that fixated position representative of Norman’s view that he’s doing right for the sport and his masters? Or is his obstinance the exemplification of his hubris?

Professional golf’s status quo is a mess. There are multiple sets of money-furnace court proceedings occurring between the PGA Tour and the DP World Tour against LIV Golf.

LIV’s players are suing the PGA Tour on antitrust causes of action. Patrick Reed is having a crack in defamation against anyone who looks at him sideways, for a billion per throw.

Key LIV players like Cameron Smith and Dustin Johnson face the real prospect of not being able to earn any rankings points in the Official World Golf Rankings (controlled by a board of representatives including from the PGA Tour, the Royal and Ancient and Augusta National).

And there’s no guarantee that LIV’s players might be permitted to peg it up at Augusta National in 2023.

It’s utterly disrespectful to golf, that some of its best players are fundamentally excluded from being recognised as such through rankings points. It’d be entirely shameful if LIV players — including Masters champions Phil Mickelson, Dustin Johnson, and Reed — weren’t permitted to play at Augusta.

One way or another, a solution must be found, regardless of whether that solution constitutes a peace deal or something resembling a co-existence agreement. It happened in World Series Cricket, the Super League War and every single player lockout in the history of the NBA, NFL, NHL and Major League Baseball.

The Humpty Dumpty process of piecing golf back together again is monstrously difficult.

Norman’s mantra in his pomp was that nobody was bigger than the game. Whether he ever really believed that, he’s now defied his own words.

That process demands that egos be set down at the door if any settlement can be crafted to allow LIV to coexist within a wider professional golf ecosystem that respects the traditions and history of the game. Any such settlement seems nigh on impossible because Norman’s ego is presently bigger than the concept of LIV Golf itself.

Norman’s mantra during his pomp was that nobody was bigger than the game of golf. Whether Norman ever really believed that, he’s now defied his own words.

In that vein, one must hope that if Norman possesses the capability for introspection, and if he realises that matters have breached the threshold whereby it’s no longer in the game’s best interests for him to remain as General of LIV’s lead battalion, that he would willingly fall on his sword.

Norman is a magnificent wartime CEO and you’d love to have him in the trenches next to you. But he’s no man of peace or compromise or settlement. All this new world order and changing the game malarkey doesn’t translate into sensible or conciliatory language.

The Masters: Best moments from the Par Three Contest at Augusta National