Most of the world’s best golfers descend upon TPC Harding Park this week for the PGA Championship with some blockbuster groupings scheduled for the first two rounds. The 2020 golf calendar has been completely revamped with no Open Championship or Ryder Cup taking place due to coronavirus concerns.

But three golf majors will still take place, albeit with no fans in attendance at either the PGA Championship or US Open with a decision still to be made on the Masters.

It means those competing for the Wanamaker Trophy this week at Harding Park will have a unique experience of major golf with no spectators roaring them on.

Brooks Koepka is aiming to create history in the hope of becoming just the second player to win three consecutive PGA Championships.

But the 30-year-old faces a tough field to achieve the famous feat.

The defending champion will be grouped with Gary Woodland and Shane Lowry for Thursday and Friday. 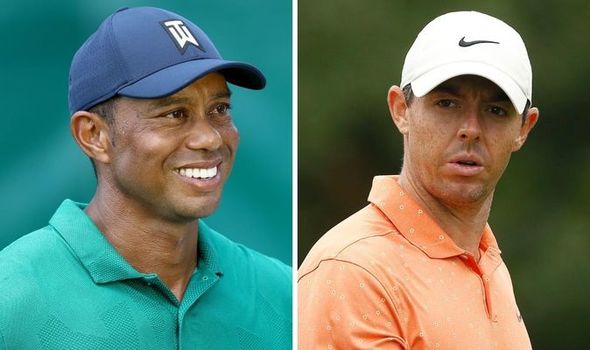 The star-studded groups don’t stop there though with Jordan Spieth, Dustin Johnson and Justin Rose all teeing off together.

Bryson DeChambeau has been paired with Rickie Fowler and Adam Scott while Phil Mickelson will play alongside world No 1 Jon Rahm and Sergio Garcia.

But there is likely to be one group which everybody will keeping an eye on over the first two days.

15-time major winner Tiger Woods will tee off alongside Rory McIlroy and Justin Thomas in what could be a gripping group.