PGA Championship highs and lows: Rory McIlroy can stand tall and proud after sporting gesture… but majors without the fans are nothing

Sportsmail’s DEREK LAWRENSON runs through the very best moments – and the ones some players would rather forget – of the first major of a disrupted 2020 calendar, as the PGA Championship comes to a thrilling close at TPC Harding Park.

Having received an official’s blessing, how many sportsmen would have then thought to themselves: ‘You know what? I’m not comfortable with this decision. It’s within the rules, but not within the spirit of the game.’ 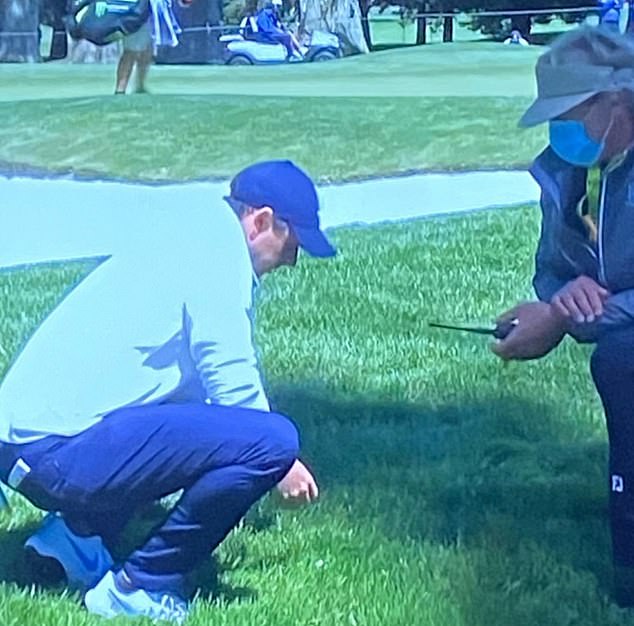 After receiving the referee’s go-ahead for replacing his ball after a media person had inadvertently trodden on it, McIlroy insisted it was made worse.

He reasoned that the ball wouldn’t have been trodden on if it was visible.

At the time he had played just 20 holes, so it wasn’t as if his overall fate was known. If you wanted another reason to root for Rory to find his way out of his majors malaise, he just provided one.

I like to think of it as the private joke of course designers Willie Watson and Sam Whiting.

On one side of beautiful Lake Merced, for all the rich folk in San Francisco, they built the Olympic Club which costs a fortune and, for my money, is hands down the most overrated site in America for major championship golf. And on the other, for all the little people, they built a public course at Harding Park which, as the world has witnessed over the last four days, is absolutely magnificent.

Yes, I appreciate the real world doesn’t work like this, but indulge me.

What an anxious time it must have been for the PGA of America. Could they put on a major in California during a pandemic — and if so, would the top golfers show up?

It’s fair to say that the quality of the field, with every single member of the top 35 in attendance, was a wonderful bonus. Solidarity is a valuable commodity right now, and we got an awesome glimpse of it last week.

Bottom line is it’s a problem facing every sport and none can solve. What’s a major without the bars in the host city being packed with fans?

What’s a major in America without spectators taking sides and letting everyone know it? What’s a major without a vast gathering around the 18th saluting the man who’s shown an ice-cool nerve for the achievement of a lifetime?

This run of seven majors in 11 months should have us all giddy with excitement, but it comes with a terrifying rider: what if it’s seven without fans?

My wife thinks this should be in the ‘highs’ section and yes, darling, it has been great seeing you every day during a major. But writing about golfers in San Francisco while sitting on a sofa on the Wirral?

This was the first major I didn’t witness in person since the 1992 PGA and it’s the little things you miss.

Walking a few holes in practice with players who like to talk. Chewing the fat with American colleagues.

Also, there are far worse places for a meal at the end of a long day than the city by the bay.