PGA Tour ‘REFUSE to allow banned LIV Golf trio Talor Gooch, Hudson Swafford and Matt Jones on the grounds of the FedEx St. Jude Championship’ next week before their court hearing in San Jose on Tuesday

The PGA Tour is holding firm and refusing to allow the three LIV golfers who have qualified for the FedEx Cup into next week’s FedEx St. Jude Championship at TPC Southwind.

Talor Gooch, Hudson Swafford and Matt Jones are the three players in question who are suspended by the tour after playing in the first LIV Golf event in London in June.

Earlier this week, 11 players – including that trio – filed a temporary restraining order (TRO) against the Tour and that would normally mean they are eligible to compete next week.

But according to Sports Illustrated, the PGA Tour simply said ‘no’ when asked if the players would be welcomed on site next week while the TRO is adjudicated at a courthouse next Tuesday in San Jose.

The hearing is scheduled for 1pm PST and Gooch, Swafford and Jones are expected to attend the court in person.

The trio will need the court to come to their rescue to allow them to compete next week and beyond. 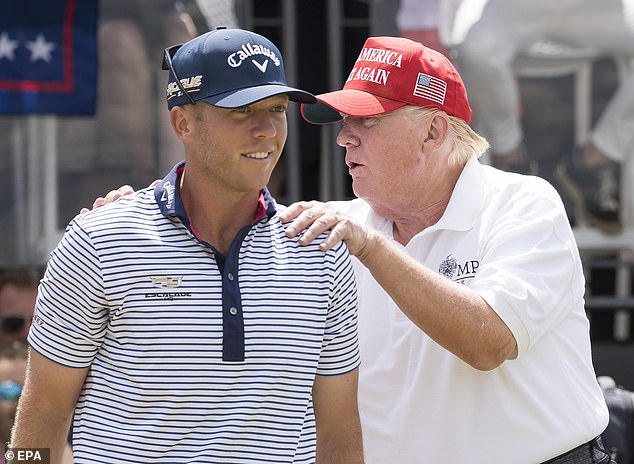 Talor Gooch – pictured with Donald Trump at the recent LIV Golf event in Bedminster – will need a court hearing to be allowed to play at the FedEx St. Jude Championship 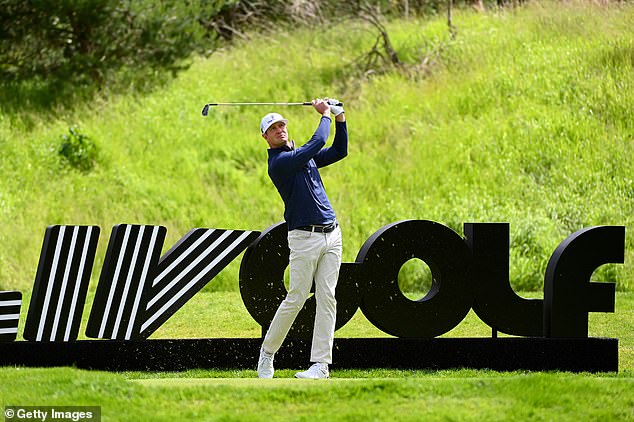 PGA Tour Commissioner Jay Monahan responded to the lawsuit with a terse memo to his players in which he referred to ’11 of your former colleagues’ suing the tour and continued to refer to LIV Golf as the ‘Saudi Golf League.’

Monahan said players knew the consequences of signing up for the rival league.

‘We have been preparing to protect our membership and contest this latest attempt to disrupt our tour, and you should be confident in the legal merits of our position,’ Monahan wrote.

‘Fundamentally, these suspended players – who are now Saudi Golf League employees – have walked away from the tour and now want back in,’ he wrote.

‘It’s an attempt to use the tour platform to promote themselves and to freeride on your benefits and efforts.’ 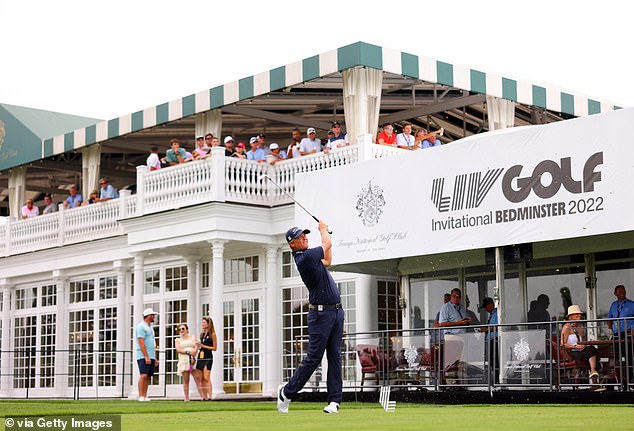 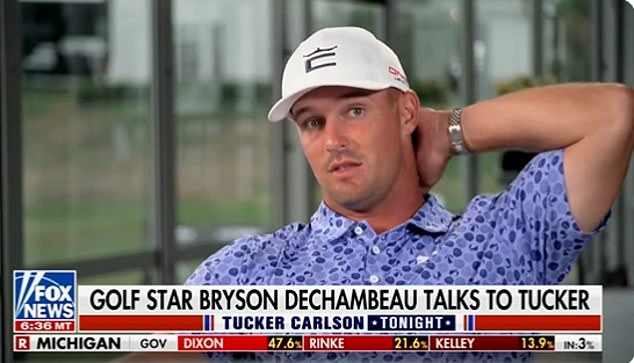 LIV Golf said in a statement: ‘The players are right to have brought this action to challenge the PGA´s anti-competitive rules and to vindicate their rights as independent contractors to play where and when they choose. Despite the PGA Tour’s effort to stifle competition, we think golfers should be allowed to play golf.’

Bryson DeChambeau, one of the 11 in the TRO, said earlier this week in an interview with Carlson Tucker that he knows the PGA Tour will eventually accommodate LIV.

‘I personally know that it will get figured out, whether it’s legally or whether they come to the table and work out terms. I definitely think it will wash itself out in the future, pretty shortly.’

Pin cushion: DeChambeau to putt with flagstick in

European Tour players to be hit with one-shot penalties