Davis Love III has been named as the American captain for the 2022 Presidents Cup at Quail Hollow.

The two-time Ryder Cup captain succeeds Tiger Woods, who won all three of his matches as a playing captain to help Team USA claim a narrow 16-14 victory in Melbourne in 2019.

Love competed in the first six editions of the Presidents Cup – where he never lost a singles match – and represented Team USA as a player in six consecutive Ryder Cups between 1993 and 2004. 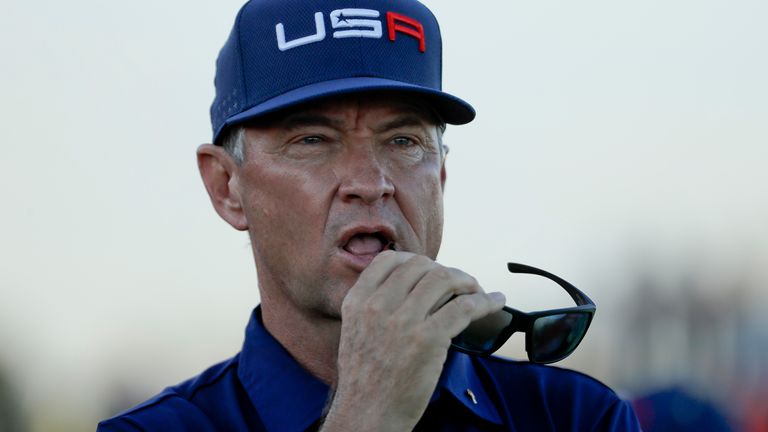 Love was captain for the 2012 ‘Miracle at Medinah’ Ryder Cup and the most recent American victory at Hazeltine in 2016, with the 21-time PGA Tour winner also scheduled to be one of Stricker’s assistants for this year’s contest at Whistling Straits. “It’s a tremendous honour to be named captain of the US Team for the 2022 Presidents Cup,” Love said. “My history with this event dating back to 1994 conjures up indelible memories of competition, camaraderie and sportsmanship, and I’m thrilled to be leading the top American players into Quail Hollow Club next September.

“The U.S Team has been guided by some of the game’s all-time greats since 1994, and I will do my best to carry on that legacy as we look to retain the Cup.”

The Presidents Cup had been due to be held in September 2021 but has been pushed back a year because of the Ryder Cup’s coronavirus-enforced postponement, with the contest now reverting to being held on even-numbered years.

Team USA have won the last eight editions of the Presidents Cup and have only been beaten once in 13 editions of the biennial contest. Former Masters champion Trevor Immelman will captain the International Team in North Carolina.