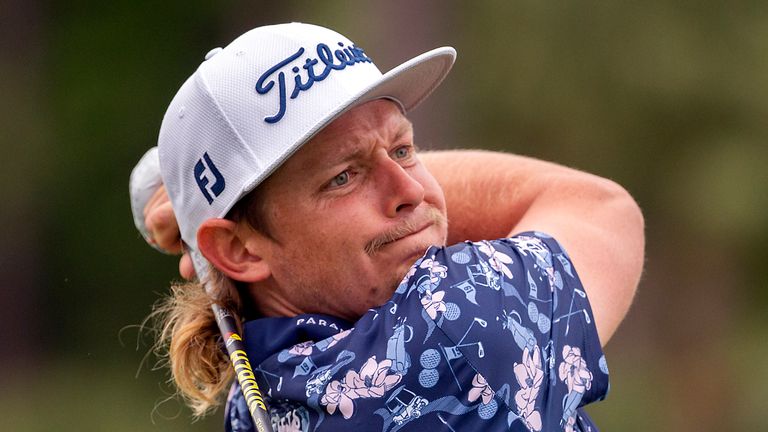 Cameron Smith fired a career-best 62 to set the first-round pace at the RBC Heritage as Matt Wallace made an excellent start on Hilton Head Island.

Smith birdied three of the last four holes to edge ahead of early clubhouse leader Stewart Cink on nine under par, with Wallace alongside PGA champion Collin Morikawa on six under.

Will Zalatoris, who finished just a shot behind Hideki Matsuyama at the Masters last week, enjoyed a solid start with a 68 despite a double-bogey seven, but it was another frustrating day for Dustin Johnson a week after missing the cut at Augusta National.

Smith will sleep on the overnight lead after he managed to build on a brilliant opening, making birdies at four of the first six holes and adding another at the ninth to reach the turn in 31, and seemingly with the minimum of fuss.

The Aussie followed another birdie at 12 with a clutch 10-foot putt to save par on the next green and, after a further gain at the 15th, Smith was battling to scramble par from the rear bunker at 17 but holed the perfect splash-out to find himself tied for the lead with Cink.

And it almost got even better for Smith at the last as he came within a couple of inches of holing his second, settling for his ninth birdie of the day and the best score of his PGA Tour career to date.

“Everything just came together,” said the 27-year-old. “It was a great day on the greens, and I was hitting my irons really good. I had lots of good looks, and I just took advantage of them.

“Mentally I feel very free out there. I feel like I can hit the shot that I need to hit and going ahead and trying to execute it. I just feel like every shot I’m hitting, I’m putting 100 per cent into it, and on a day like today, it’s really rewarding.”

Smith’s efforts stole the show from veteran Cink, who began his tournament with a bogey before recovering smartly and carding seven birdies and an eagle at the long fifth to post an early 63. Wallace was also out in the early wave and raced to four under after six holes having started at the 10th, including a huge 40-foot putt for birdie at the 14th, and he was a little quieter over the front nine but picked up his sixth shot of a bogey-free opener with a neat up-and-down at his final hole.

The Englishman insisted he was “fully-focused” on competing for the title and trying hard to avoid being complacent following the extra pressure that comes with the territory of being at Augusta last week.

“Tournament golf is not decompression for me,” he said. “I am fully focused out there. Yes, the build-up to it may be a little bit better and easier, especially with what I did this week. I’ve had to work on my putting this week, so that was the main focus.

“From the build-up, it was different. But I needed to do that because I’d been playing quite a bit.” 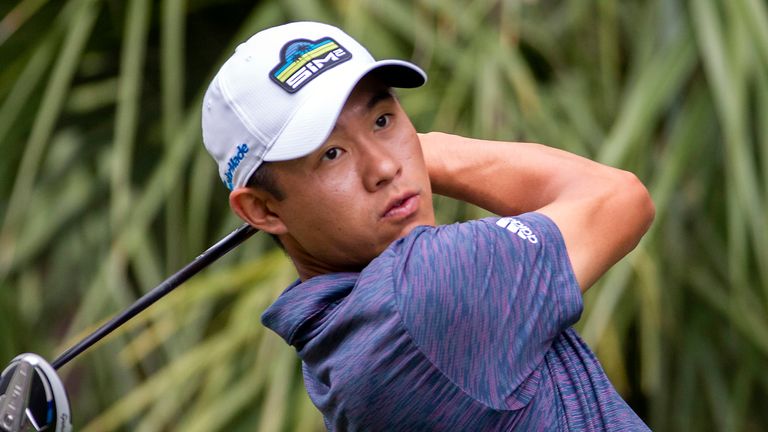 Morikawa drained a 20-foot putt for birdie at the last to match Wallace’s 65 and edge ahead of WGC Match Play champion Billy Horschel, Charles Howell III and Harold Varner III.

Former Masters champions Danny Willett and Sergio Garcia were among a vast group of players to open with 68s, but Johnson struggled to keep the mistakes at bay in a 70 which included six birdies, but also three bogeys and a double-bogey five at the fourth after pulling his tee shot into the drink.

A beauty and a beast: Tough US Open test for Woods at Winged Foot