It’s your fault we quit! LIV Golf defectors Pat Perez and Patrick Reed blame the PGA Tour for their exit to Saudi breakaway league and insist they ‘should have listened to the players’ in their first press conference since jumping ship

Americans Pat Perez and Patrick Reed said on Tuesday the PGA Tour had only itself to blame for losing players to the Saudi-backed breakaway LIV Golf Invitational Series, ahead of a tournament at Oregon’s Pumpkin Ridge Golf Club.

Sitting alongside four-times major winner Brooks Koepka, Perez and 2018 Masters winner Reed ripped into the PGA Tour and its commissioner, Jay Monahan, and said the blame for their departure lay at the feet of the golf organizing body.

‘Monahan just shut it out from the start. Didn’t want to listen, didn’t want to take a meeting,’ said Perez, a 46-year-old, three-time PGA Tour winner. 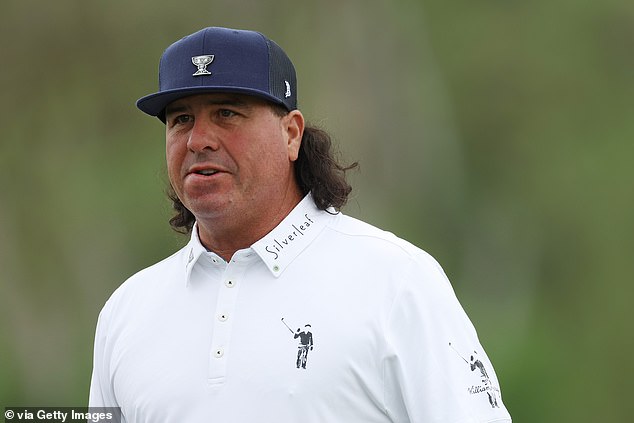 Earlier this month, the PGA Tour suspended members who joined LIV Golf, with Monahan saying they had ‘decided to turn their backs’ on the tour.

Asked if the tour could have done anything to keep them, Reed responded: ‘Listen to the players for once.’

‘We should be able to do whatever we want, we’re independent contractors,’ said Perez.

LIV Golf participants have faced a barrage of criticism from fans and fellow golfers over Saudi Arabia’s human rights record. 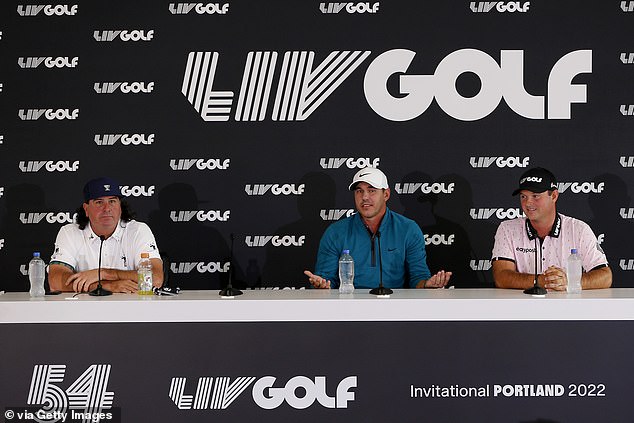 ‘This group has provided me an opportunity to play golf and have a different schedule,’ said Perez.

‘That’s my only concern.’

With Portland the second of eight events that will offer up purses totaling $255 million, LIV promises its competitors more money with far fewer tournaments on the calendar.

Perez said at his age, after decades on the road missing time with his family, getting the call from LIV was like ‘winning the lottery’.