California Dreaming! His first win at the 477th attempt sparked an impromptu party with Matt Le Tissier and praise from Stephen Fry… now ‘inspirational’ Richard Bland, 48, is heading to America for the US Open

At the age of 48 and in his 26th year as a pro, Richard Bland will play in only his second tournament in America next week, at the US Open at Torrey Pines.

Naturally, he’s looking forward to all the ‘add-ons,’ as he terms them, the courtesy-car life that goes with being a participant in America’s national championship. On Monday, he will play a practice round at the California course with Lee Westwood, who’s competing in his 62nd American major.

This is Bland’s reward for a triumph at the British Masters which earned him just shy of £300,000 last month and resonated far beyond the European Tour and even the game itself. 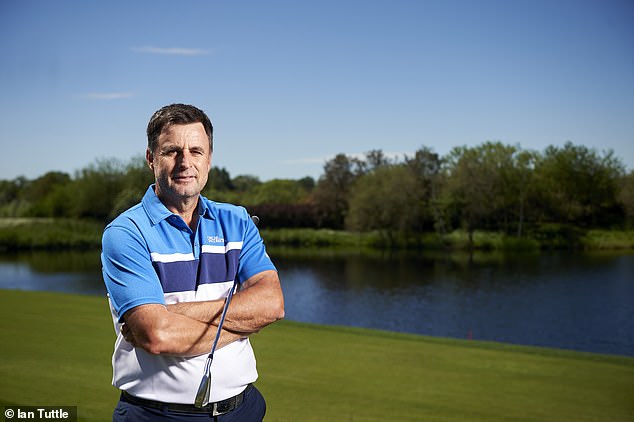 Playing in his 477th tour event, Bland stepped up from the chorus line and moved centre stage to claim his first title, leaving even a man who once won a far greater Masters title in Fred Couples to describe him as ‘inspirational’. Personalities including the comedian Stephen Fry were breathless in their praise.

Impromptu celebrations are invariably the most memorable and that was certainly the case for this most likeable of souls as he made his way home in the aftermath of his fairytale triumph at the Belfry. His first port of call was Heathrow to drop off his friend and fellow pro, Oli Wilson.

‘I got a call from my sister who told me about the family celebrations going on and when we’d finished talking Oli said it sounded like everyone was having a nice time,’ Bland tells Sportsmail.

‘I said to him I was looking forward to seeing them all in a couple of days and he just looked at me and said, “Mate, seriously, you have to drive down there now”. So I called my sister back, who lives about an hour away in Bournemouth and said, “Don’t tell my mum and dad but I’ll see you there about 9pm”. I dropped Oli off, picked my girlfriend Kate up and it was one of the best decisions I’ve ever made. 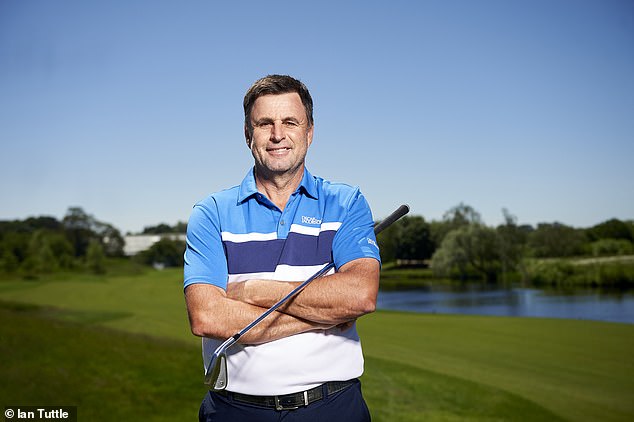 ‘A couple of close mates like Matt Le Tissier came round and it was so emotional. We were in the garden, music was playing, the drinks were flowing, it was a night I’ll remember for the rest of my life.’

The Bland clan have always been close but family gatherings have become particularly heartfelt after what happened to Richard’s brother Heath in December, 2017. Heath thought he had the flu but it proved to be a particularly nasty virus that stopped his heart on two occasions, and he spent six weeks in an induced coma. ‘He’s a bricklayer, and he went from being the strongest man I knew to losing 25kg and being almost literally skin and bone,’ says Richard.

‘There were a few times where we didn’t know whether he would make it, then whether he would return to reasonably full health. When you’ve been through something like that it does make you appreciate the good times even more.’

Bland isn’t one to make excuses but it was hardly a coincidence that during the eight months of hell the family endured before Heath pulled through, he lost his tour card for the first time at the age of 45. 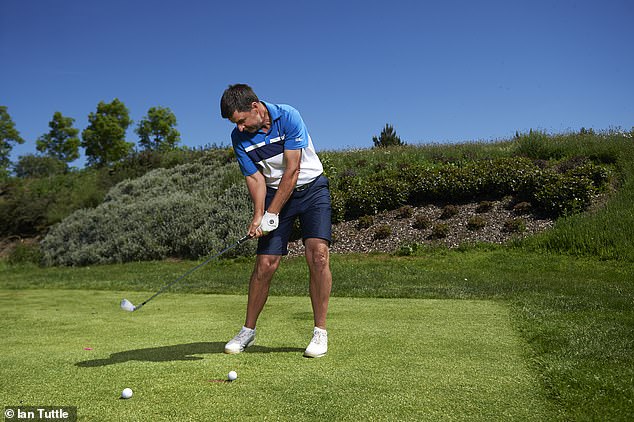 Playing in his 477th tour event, Bland moved centre stage to claim his first title at the Belfry

He didn’t feel sorry for himself. He accepted his fate to play on the reserve circuit, the Challenge Tour and a year later became its oldest graduate to reclaim his privileges for the main circuit.

His victory has been part of a trend this year that has seen those in their late 40s and beyond push the envelope, culminating last month in Phil Mickelson becoming the first man to win a major in his 50s at the US PGA.

‘In Phil and Westy’s case, they’ve been world class players for so long and still have that desire,’ says Bland. ‘Stewart Cink won recently at the age of 47 and he’s a former Open champion. If you’ve retained that ambition it comes down to the old saying about form going in cycles but you’ve still got the class to compete if it’s your week.’

Bland’s only other appearance in an American major came in the US Open in 2009 at Bethpage, where he missed the halfway cut. 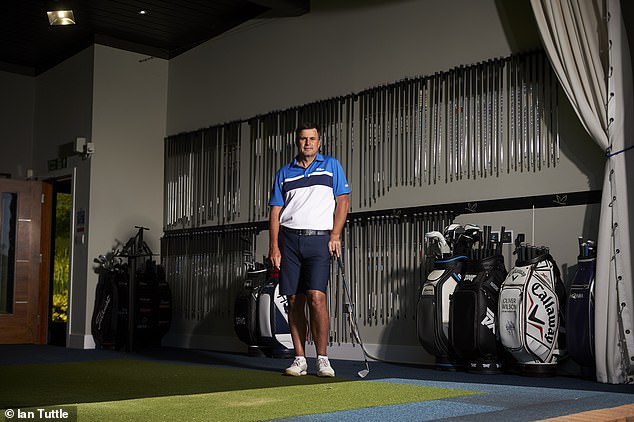 ‘I’m still having therapy after that experience!’ he says. ‘It was just a brutal course, but what an experience. Sadistic as it sounds, I’m hoping Torrey plays hard and fast and it’s like the US Opens I watched growing up, where level par wins and it’s a real grind.

‘I’m looking forward to the whole experience. When majors are not in your schedule it’s fantastic to qualify for one, and particularly in America. Most of us don’t get to play there, so it will be a glimpse into the PGA Tour life, and the add-ons. I couldn’t be going at a better time, either. I’m in a nice vein of form, so I can concentrate on learning as much as I can about the course. I know I can’t compete with the Brysons and the Rorys for power but I can think my way round better than most.’

After a fraught three years filled with family drama and professional uncertainty, Bland has found the sunlit uplands. His victory earned him a two-year exemption to play on tour and, if he wishes, he can try to qualify for the lucrative Champions Tour in America at the end of next year.

‘It’s almost a free hit given I can come back to Europe and play if I don’t make it,’ he says. ‘It’s a nice position to be in. 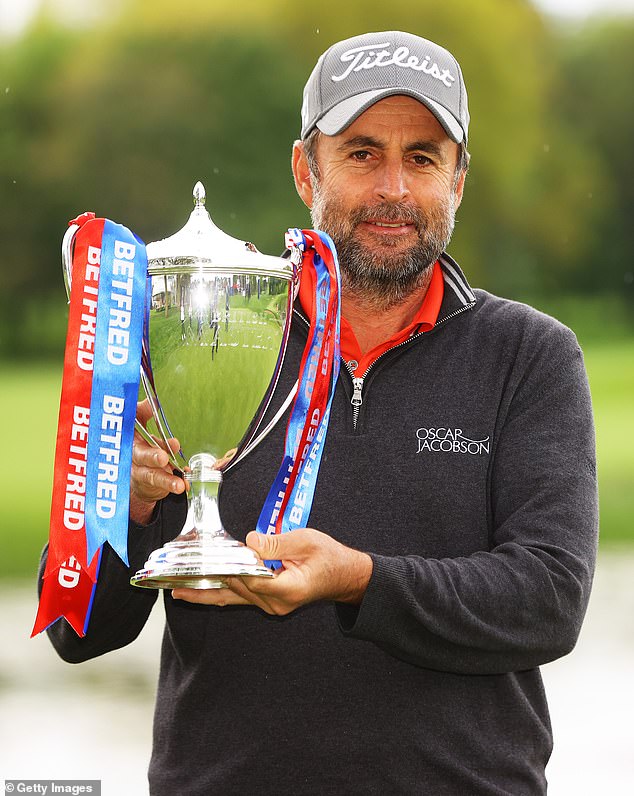 Bland’s triumph at the British Masters earned him just shy of £300,000 last month

I don't feel out of my comfort zone at Major table, says Lowry