Rory McIlroy was grouped with Justin Thomas and Tiger Woods for the opening two rounds of the PGA Championship and the Northern Irishman joked why he would love to be paired with the latter “every week until fans come back”. The first major of 2020 at Harding Park has a number of top players in contention after a strong opening two rounds heading into Saturday.

But unlike majors in past years, the atmosphere at the course is all-but non existent due to no spectators being allowed in because of the coronavirus pandemic.

Usually players would be greeted with roaring cheers from the galleries.

Woods arguably receives the biggest cheer on a regular basis at every major championship.

And his grouping with McIlroy and Thomas would have almost certainly been one of the biggest draws for spectators had they been allowed in to watch the action.

JUST IN: Four things you might have missed from PGA Championship first round 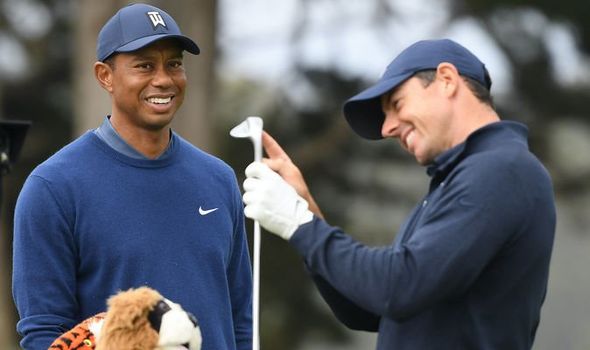 Still, some die-hard fans were able to find a way to cheer on the group on TPC Harding Park’s 12th hole.

Woods got the biggest cheer as he stepped up to the tee box but McIlroy noted after Friday’s round that playing alongside the 15-time major champion is a lot easier without the usual level of support.

When asked whether he found it easier to play alongside Woods without ‘Tiger Mania’, McIlroy said with a smile: “100 per cent.

“It’s so much easier.

Lee Westwood putting health over wealth by staying in Europe

“I’m happy to be drawn with him every week until fans come back.”

McIlroy also noted how the lack of spectators has led to the pace of play speeding up.

“Even the 12th hole, the tee box there alongside the road, Tiger gets on the tee and everyone goes crazy and you have to wait for them to settle down,” he added. 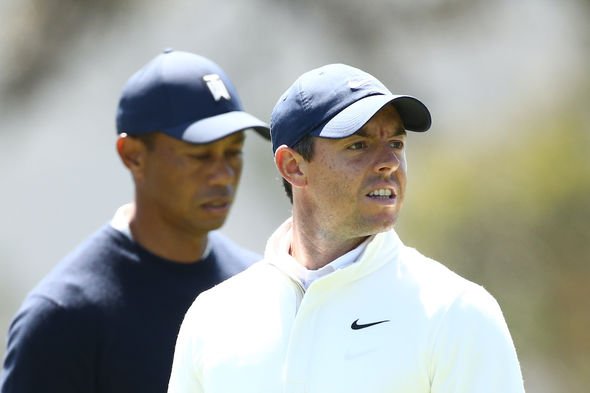 “I still want crowds to come back and fans.

“It’s much better to play in front of them. But it does make it easier.”

McIlroy, Woods and Thomas all have work to do in the third round with the latter only scraping in to make the cut.

Haotong Li is the man everyone is chasing on ‘moving day’ though after the 25-year-old carded a round of five-under par to move two shots clear at the top of the leaderboard.

US Open: Justin Rose one back from Gary Woodland at Pebble Beach