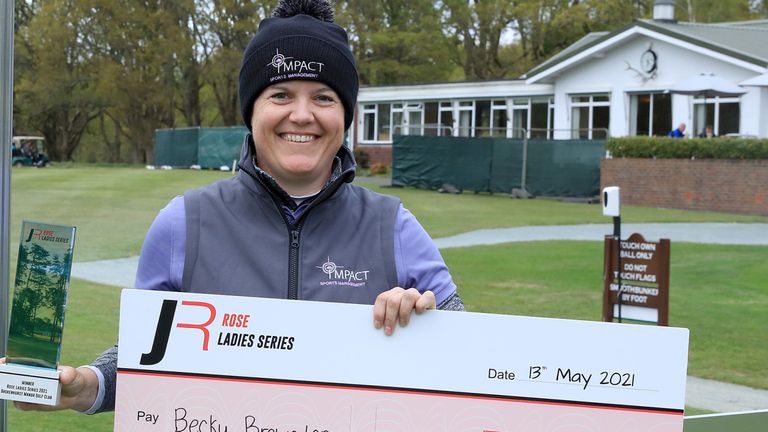 Becky Brewerton secured her first Rose Ladies Series title with a dramatic play-off victory in event three of the season at Brokenhurst Manor.

Brewerton posted a level-par 70 in tough conditions at the Hampshire venue to join Liz Young and Brogan Townend at the top of the leaderboard, before defeating the pair at the second extra play-off hole.

Playing in the opening group of the day, Brewerton birdied the first hole but bogeyed at the par-five next, before picking up a shot at the fourth and cancelling out a blemish at the par-three fifth by making a tap-in birdie at the sixth.

Huge congratulations on the win after an excellent performance by Becky Brewerton today. Check out her two great birdies on the 1st and 6th here. #roseladiesseries @roseladiesgolf pic.twitter.com/r8jOhm9XiQ

The 38-year-old made three straight bogeys from the seventh to reach the turn in 37, only to bounce back with birdies at the 12th and 18th to set the clubhouse target.

Townend mixed three birdies with as many bogeys to also card a level-par 70, with Young – last week’s winner – completing the trio at the top after missing a birdie opportunity for victory on the final green. 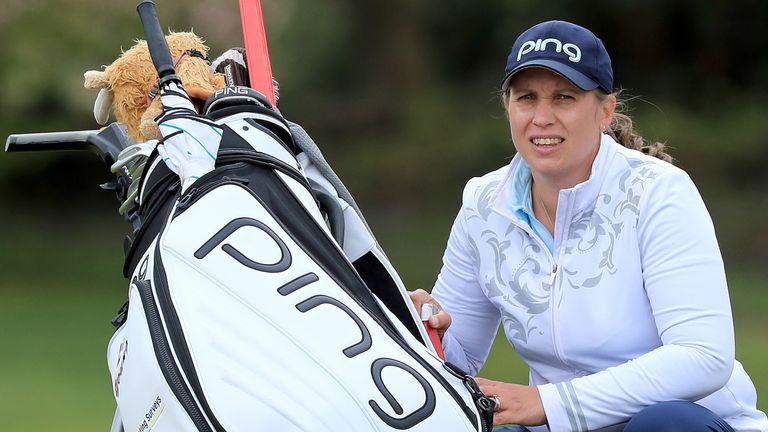 Thalia Martin made a final-hole birdie to finish a stroke back in tied-fourth alongside Australia’s Whitney Hillier, while Gabriella Cowley – winner of the season-opening event at West Lancs – was a further stroke back after a two-over 72.

Veterans Trish Johnson and Dame Laura Davies both finished on five over, while Emily Toy also claimed a share of 20th despite finishing her round with three bogeys over the final five holes.

The series heads to The Berkshire Golf Club on May 21 before taking a three-month break to coincide with the start of the Ladies European Tour season. Highlights from every event will be available to watch on Sky Sports Golf and the Sky Sports Golf YouTube channel.

Golf: My 'fisherman swing' is for survival, not for showmanship, says South Korean golfer Choi Ho-sung

BMW PGA Championship: Tee times for final round at Wentworth