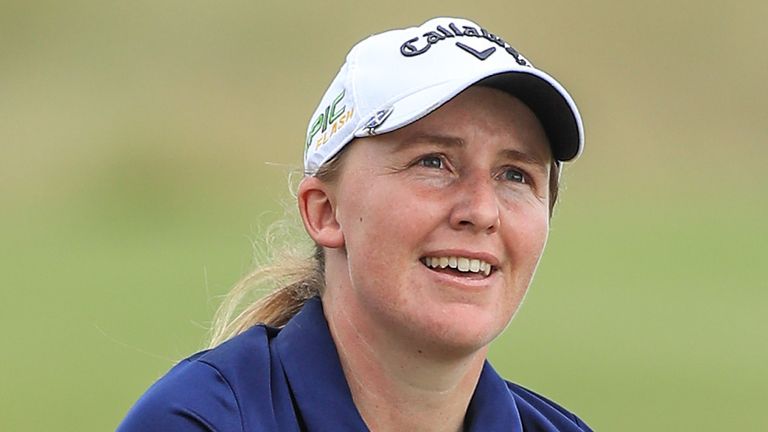 Gemma Dryburgh made it back-to-back wins on the Rose Ladies Series after a dramatic one-shot victory at Royal St George’s.

The Scot followed last week’s success at The Buckinghamshire with another impressive display on a historic day at Royal St George’s, where the event became the first professional female tournament ever held at the iconic Kent venue.

Dryburgh mixed three birdies with two bogeys to post a one-under 69 in windy conditions, which was enough to top the leaderboard and take the £5,000 first prize after playing partner Charley Hull bogeyed her final two holes. 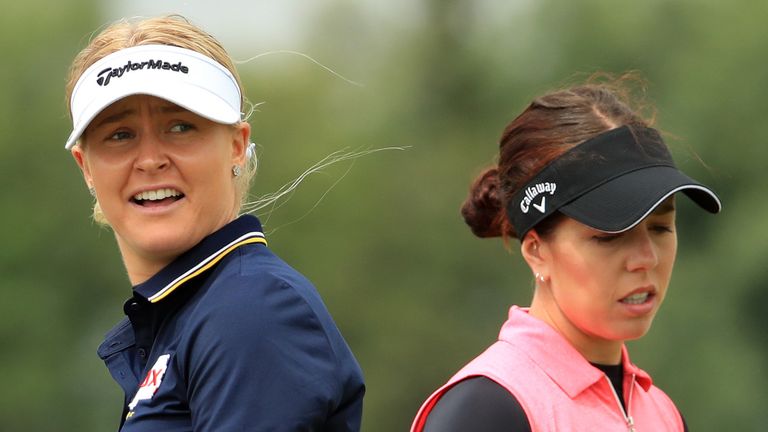 Hull finished a shot back in a share of second alongside Georgia Hall, who completed the marquee threeball, with Annabel Dimmock a further two strokes adrift in tied-fourth with amateur Emily Toy.

“I bogeyed the first unfortunately, but after that I was really consistent,” Dryburgh told Sky Sports News. “The last two holes were playing very long and I was hitting 3-wood into the last two, so it was playing very tough and I was glad to get the win in the end.”

After bogeying her opening hole of the day, Dryburgh birdied the par-five seventh and holed a 40-footer from the fringe at the 10th to edge ahead of the 57-player field.

Dryburgh got up and down from off the green to salvage a par at the 11th, where Hull rolled in from five feet to briefly move into a share of the lead, before regaining her advantage by draining a 20-foot birdie at the par-four 13th. 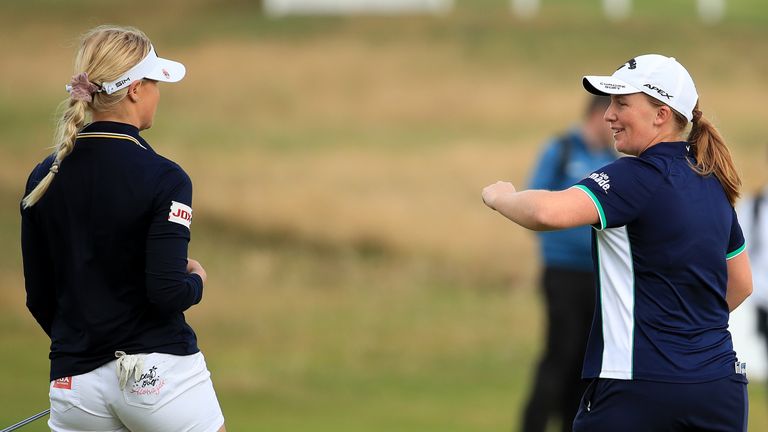 Hall moved back within one by picking up a shot at the long par-five 14th, as Hull made a 15-footer to salvage a par, before Dryburgh bogeyed the next to leave the trio tied at the top with three to play.

Hull grabbed the outright lead with a 10-foot birdie at the 16th, where Dryburgh holed from a similar distance for par and Hall scrambled a great bogey from the sand, only to pull her drive at the par-four 17th on her way to a bogey.