Sam Horsfield will take a one-shot lead into the final day of the Hero Open after a dramatic third round of two halves at Forest of Arden.

The Englishman stormed into a six-shot lead after nine holes on Saturday as he turned in five-under 31, but he then came home in four-over 40 as he came unstuck on the back nine.

That gave Horsfield a one-under 71 and a narrow advantage over Welshman Oliver Farr, Denmark’s Rasmus Hojgaard and Mikko Korhonen of Finland as he goes in search of his maiden European Tour victory. 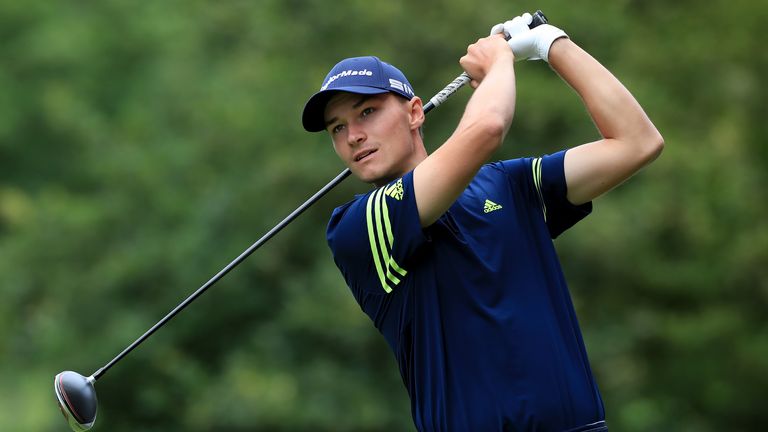 Horsfield started the day in a share of the lead with Sebastian Garcia Rodriguez but he was soon four clear after opening up with a hat-trick of birdies as his playing partner dropped a shot at the third.

Further birdies followed for Horsfield at the sixth and seventh as he made the turn at five under for his round and 18 under overall, with a six-shot cushion over the field.

The 23-year-old had now gone 30 holes without a bogey but that record was ended in disappointing fashion at the 10th when he three-putted from around eight feet to drop a shot.

Horsfield bounced back with a birdie at the 11th but there was more disappointment at the par-five 12th when he lost his ball after driving into the ferns down the left of the fairway and then missed another short putt as he tried to salvage a bogey. 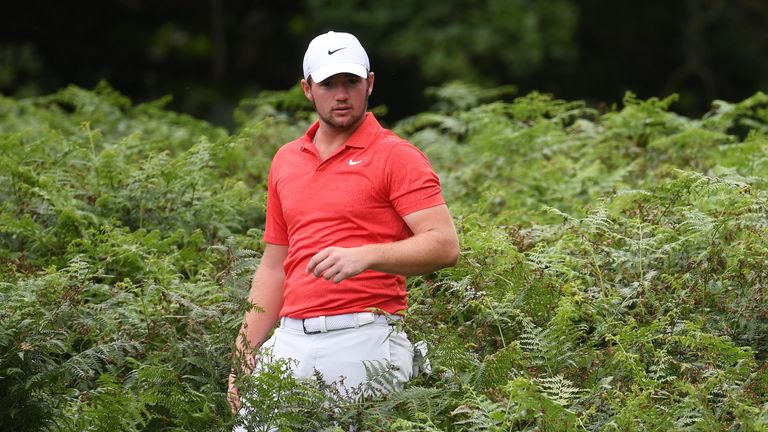 He steadied the ship after that double-bogey with three successive pars, holing some testing short putts in the process, but he failed to repeat the trick as he bogeyed the 16th.

It went from bad to worse for Horsfield at the par-five 17th when he pushed his second shot into the water to rack up another bogey, although he managed to par the 18th to finish on 14-under 202.

Horsfield, who is making his 65th European Tour appearance, told Sky Sports: “I got off to a good start and then my timing got a little off. I got a little quick and a little stuck behind me – I felt it on a few shots. But I’m still in a good position for tomorrow. 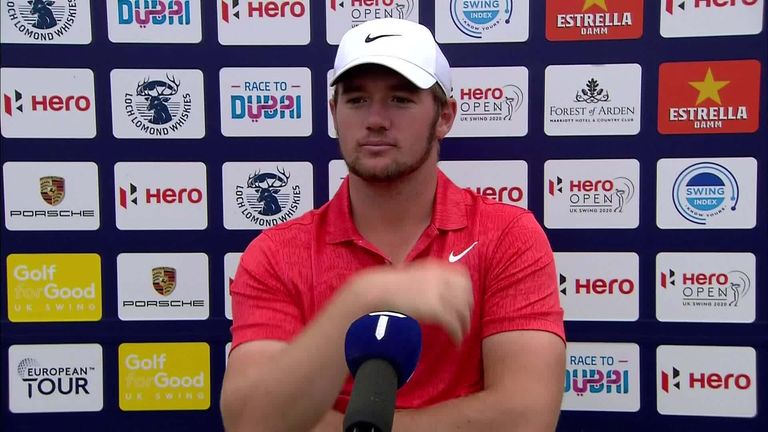 “The double-bogey was just a bad drive and then I tried to hit a lot of greens and I didn’t quite have it on the back nine with my swing. I hit a lot of poor long-iron shots – the one on 17 was horrendous – so I am going to go to the range and try and work that out.

“My caddie just said to me coming off the 18th green, ‘if someone would have said to you on Thursday that you would have a one-shot lead going into Sunday you’d take it’. I’ve made it a bit harder for myself from the position I was in, but I’m still looking forward to tomorrow and it will be a lot of fun.”

Hojgaard, runner-up in last week’s British Masters, surged up the leaderboard with a bogey-free, six-under 66, while Farr also kept a bogey off his card in a 67, a score matched by Korhonen as the trio share second place on 13 under.

Spaniard Garcia Rodriguez could only manage a one-over 73 but is only two off the lead in a share of fifth on 12 under with England’s Chris Paisley (66).