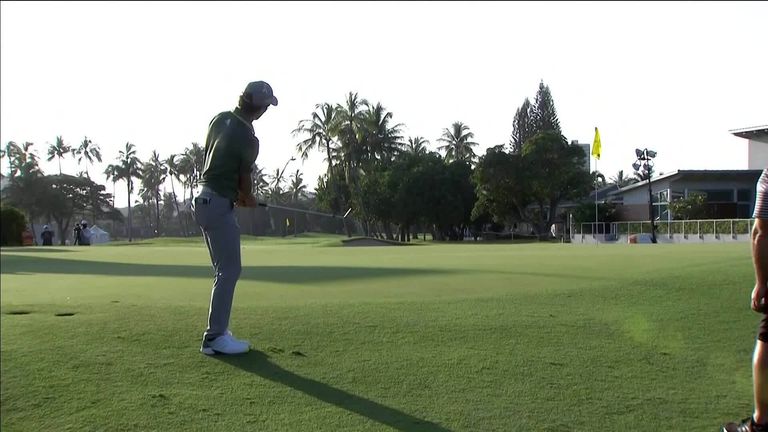 Joaquin Niemann continued his fast start to 2021 on the PGA Tour by grabbing a share of the early lead at the Sony Open in Hawaii.

Niemann, who lost out in a playoff to Harris English at last week’s Sentry Tournament of Champions, posted an opening-round 62 at Waialae Country Club in Honolulu to join Peter Malnati and Jason Kokrak at the top of the leaderboard.

The trio hold a two-shot cushion over the chasing pack, with Daniel Berger part of a six-way tie for fourth spot and Webb Simpson in the group of players three off the pace. 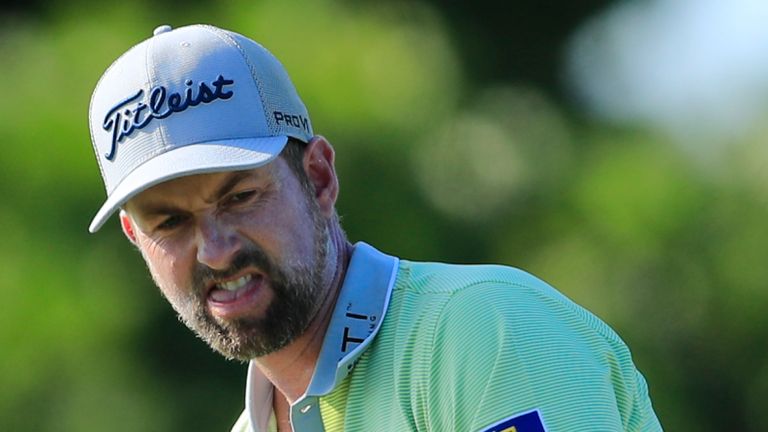 “It was a good way to finish,” Niemann said. “Just happy the way I played. I hit the ball great off the tee. Hit my irons really close and made a lot of good putts.”

Niemann holed a 20-footer at the fifth and posted four consecutive birdies from the seventh, before cancelling out a three-putt bogey from 25 feet at the 12th by rolling in from 15 foot at the par-four next.

The world No 31 – looking for a second PGA Tour victory – picked up a 10-foot birdie at the 16th and then chipped in for eagle from just off the final green, taking the Chilean to eight under on the par-70 layout.

Malnati, beginning on the back nine, birdied four of his last seven holes to set the initial clubhouse target, with Kokrak matching his total after posting eight birdies in a bogey-free start to the week.

Vaughn Taylor, Jim Herman, Aaron Baddeley, Patton Kizzire and Si Woo Kim are alongside Berger in tied-fourth, as Simpson produced a birdie-birdie finish to get to five under and within three of the lead

PGA champion Collin Morikawa sits four off the pace despite double-bogeying the 12th hole after finding water off the tee, while defending champion Cameron Smith began his title defence with a three-under 67.

Watch the Sony Open in Hawaii throughout the week live on Sky Sports. Live coverage continues from midnight on Sky Sports Golf, with the second round also repeated on Saturday at 9am and 2.30pm.

Tiger to return to action next week at Memorial