Add the name of poor Mito Pereira to the majors Hall of Infamy and a place alongside Jean van de Velde.

In the end it was Justin Thomas who showed a winner’s instinct to claim the USPGA Championship for a second time.

But this was a day when the man from Chile, bidding to become a surprise winner like Van de Velde at the Open at Carnoustie in 1999, must have sent a shiver down the spine of the Frenchman, wherever he was watching. 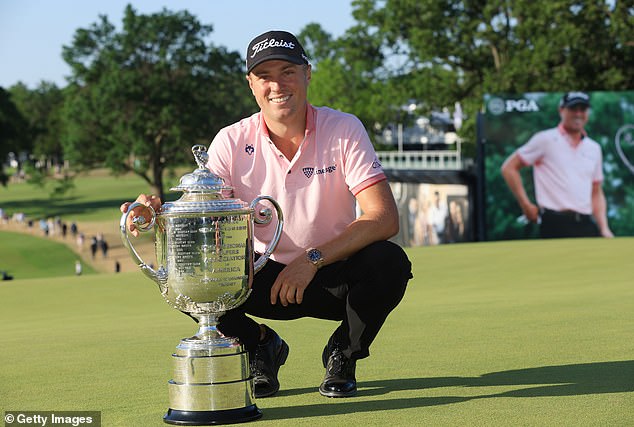 Justin Thomas, 29, has claimed the second major of his career at the PGA Championship

Pereira looked as if he had overcome an excruciating battle with his own nerves when a birdie putt at the 17th appeared destined to fall below ground. It would have given the man ranked 100th in the world a two-stroke lead heading to the 18th tee.

Among those who had succumbed by this stage was Matt Fitzpatrick, 27, whose bid to become the first Englishman to win this title for 103 years never get off the ground.

It was the first time he had a chance to win a major and it showed as he slipped to a 73.

Pereira’s face was etched in agony as his birdie putt at the 17th stopped on the edge, but far worse followed. 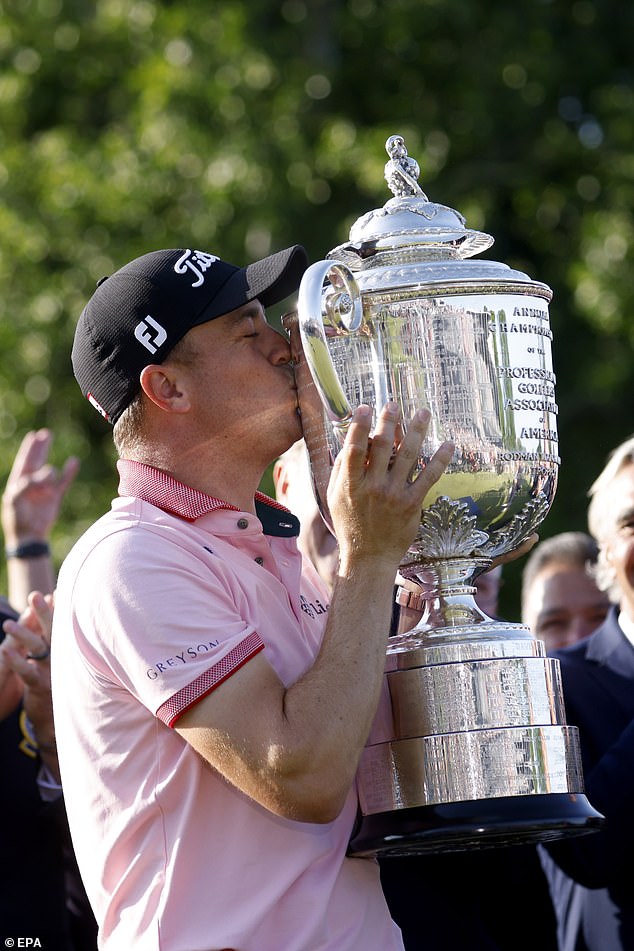 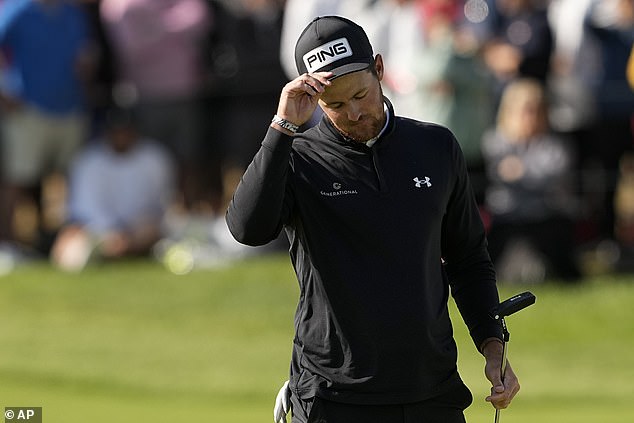 Just like Van de Velde, he didn’t come close to coping with the brutal demands of the final hole at a major.

A horrendous drive into the creek led to a desperate double bogey that meant the man who’d led or co-led all day didn’t even make the three hole play-off between Thomas and fellow American, Will Zalatoris.

Behind the 18th green, fellow Chilean Joaquin Niemann, who had stayed behind hoping to celebrate an historic occasion, held his head in his hands. Major championship golf can be so cruel.

In extra-time, it was 29-year-old Thomas who showed his mettle, defeating the game 25-year-old Zalatoris by one stroke for his second major victory, following his win in this event in 2017.

Tommy Fleetwood stormed through the field courtesy of five birdies in his last seven holes for a best of the day-equalling 67 to finish alongside Fitzpatrick in fifth place — his best finish in this major. 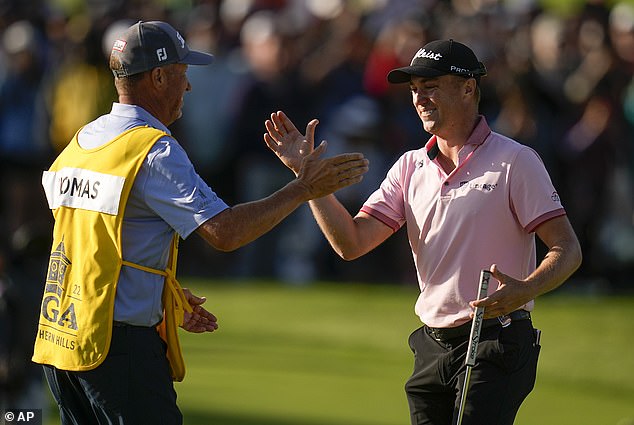 Fleetwood’s cheerful mood contrasted sharply with Rory McIlroy, who must have been chastising himself all the way home to Florida, for he could hardly have asked for a better opportunity to end his eight-year drought in the majors.

He began with a final round charge that initially mirrored the one he assembled at the Masters last month.

Back then he started ten shots off the lead and clambered all the way into second place with a spectacular 64.

This time he was one shot nearer the pacemaker at the start and once more looked at his best when going for broke with four successive birdies from the second. 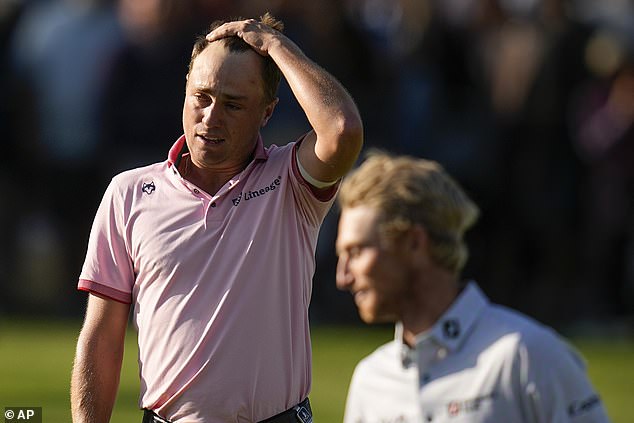 Five years on from his first PGA Championship win, he was emotional as he triumphed again

The story of McIlroy’s week, though, was silly mistakes when he got into position and there was another at the 6th for a momentum-crushing bogey. Thereafter he must have had half-a-dozen good looks for birdies — and missed them all.

‘It must be deflating when you drive the ball like he does and the scores don’t follow,’ said Sir Nick Faldo, on American television — and McIlroy’s crestfallen expression reflected as much.

To think, he was six under par after 14 holes on Thursday — and five under contested the play-off.

McIlroy, who closed with a 68, finished eighth — two shots ahead of Englishmen Tyrrell Hatton and Justin Rose, who both shot 68 to finish tied 13th and clinch exemption spots for next year.

Tiger Woods live score, results, highlights from Friday’s Round 2 at the PGA Championship