‘Be respectful of the players’: Tiger Woods backs Kessler Karain after Patrick Reed’s caddie was thrown out of Presidents Cup for shoving a fan

Tiger Woods has accused Australian golf fans of crossing a line after Patrick Reed’s caddie was thrown out of the Presidents Cup in disgrace.

Kessler Karain shoved a fan who was heckling the 2018 Masters champion moments after he lost his third game against the International team.

Reed has been heckled ever since he set foot on the Royal Melbourne course as a result of last week’s cheating row at the Hero World Challenge, where he was penalised for improving the lie of his ball in a bunker. 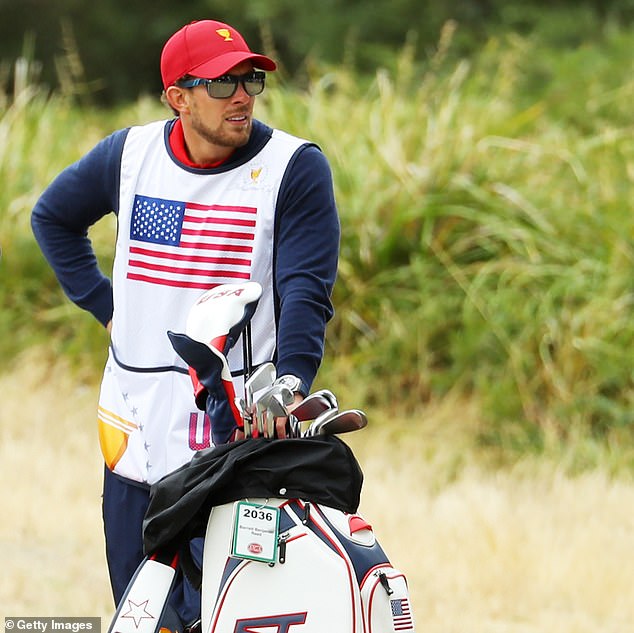 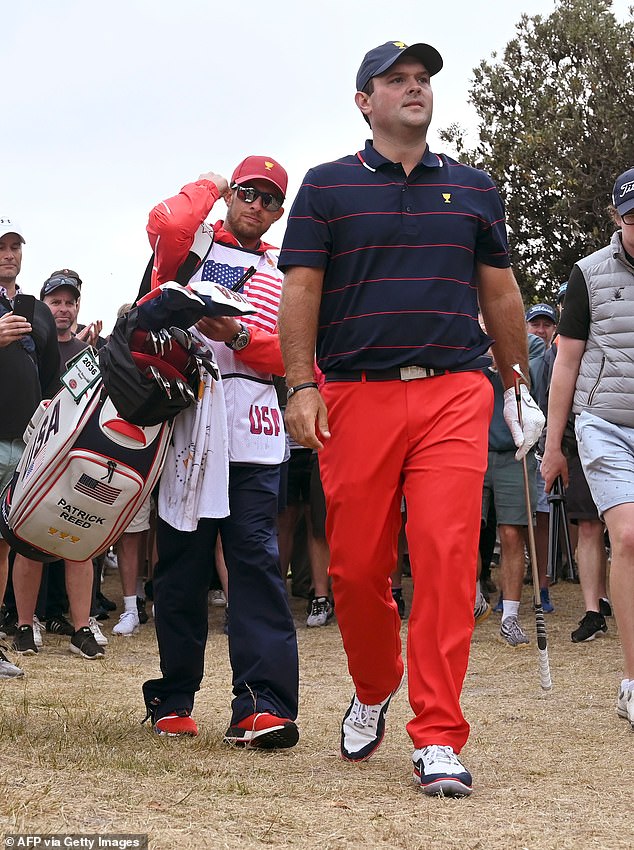 Karain received no sympathy from the PGA Tour although Woods, the US team’s playing captain, thought the abuse which had been thrown at Reed and his caddie was out of order.

‘Have people said things that have been over the top? Yes,’ said Woods. ‘I’ve heard it.

‘I’ve been in the groups playing when it has happened, and I’ve been inside the ropes as a captain today witnessing it.

‘As I’ve said, all I ask from all the galleries is be excited but be respectful of the players, all 24 of us.’ 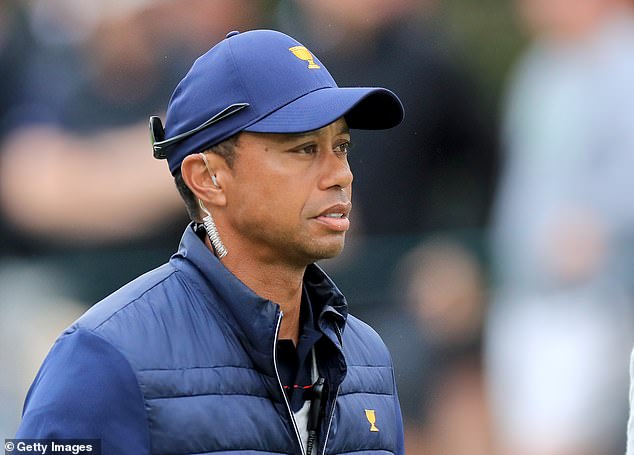 Reed accepted the decision to ban Karain after the altercation at the end of Saturday’s fourballs but Ernie Els, the International captain, jumped to the defence of the galleries and said they were far worse in the United States two years ago.

‘I’ve played in many Presidents Cups,’ he said. ‘I’ve played in the US many times. If you look back at New York and how these players were treated in New York, this crowd is pretty quiet.

‘You know you’re going to get some heckling and you have to deal with it.’

An unrepentant Karain, who is Reed’s brother-in-law, said: ‘We have been known for having fun with some good banter but after hearing several fans in Australia for three days, some had taken it too far. I’d had enough. And this gentleman was one of them.

‘I got off the cart and shoved him, said a couple of things, probably a few expletives. Security came and I got back in the cart and left.

‘I don’t think there’s one caddie I know who could blame me.’

The International team, who haven’t won the trophy since 1998, led 10-8 going into the final day’s singles.

Race to Dubai: Five players who can still end season as European No 1