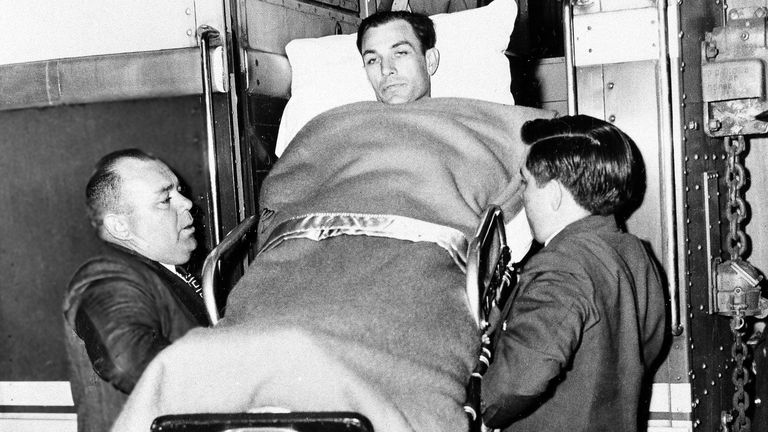 When Tiger Woods was injured in a car crash last week, many in the golfing world were quick to reference a time when another of the sport’s all-time greats returned from a similar incident.

Woods remains in hospital after suffering numerous injuries from the horrific accident on Tuesday February 23, with the 15-time major champion thankful for the support he has received during this “tough time”.

It remains too early to speculate on when, or if, Woods will be able to professional golf in the future, although many within the sport are using Ben Hogan’s accident and subsequent miraculous comeback in 1949 as reason for cautious optimism.

Hogan turned professional in 1930 and was undoubtedly the best player in the world in 1948 when he claimed 10 wins during the year, including the US Open and PGA Championship to take his tally to three majors. He started 1949 in fine form as well with two victories in January, but then cheated death in the early hours of February 2.

Aged 36 at the time, Hogan was returning home to Fort Worth in Texas with his wife Valerie after playing in the Phoenix Open when the crash occurred in foggy and icy conditions on a small bridge near Van Horn in Texas. 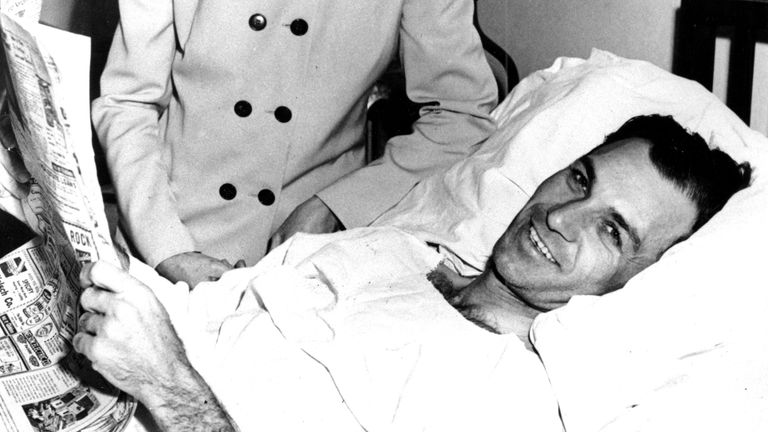 The Hogans were travelling in a black Cadillac sedan which collided head-on with a Greyhound bus that had just overtaken a truck. Unable to avoid hitting the bus, Hogan reached over to shield his wife, who sustained only minor injuries, in an act that probably saved his life as it stopped him from being impaled by the steering column, but he still suffered multiple injuries.

After being extricated from the wreckage and taken to hospital, Hogan was found to have suffered a broken left ankle, contusions to his left leg, a broken collarbone, a cracked rib, a double fracture of the pelvis, a head abrasion, and internal injuries.

Hogan spent 59 days in hospital in El Paso – where he also overcame a serious issue caused by blood clots which would subsequently cause him lifelong circulation problems – before returning home on April 1. 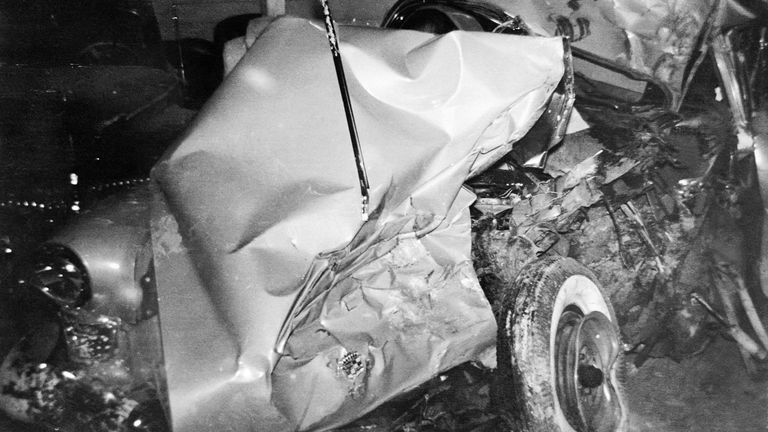 After getting back on the golf course as a spectator in May, he was able to captain the USA to a Ryder Cup victory at Ganton in Yorkshire in September before defying his injuries, which made prolonged walking difficult, to play 18 holes for the first time since his accident on December 10 after resuming golf activities in November.

That set Hogan on his way to a miraculous competitive comeback in the 1950 Los Angeles Open at Riviera Country Club where he only lost out to Sam Snead following an 18-hole play-off.

A few months later in June 1950, Hogan was involved in the ‘Miracle at Merion’ as, just 16 months after his accident, he won his second US Open title, defeating Lloyd Mangrum and George Fazio after an 18-hole play-off.

Hogan only entered five events in 1951 due to his leg problems but still managed to win three of them – The Masters, US Open, and World Championship of Golf – as well as finishing second and fourth in the other two.

He was unable to add to his major tally in 1952, but in 1953 Hogan became the only player to win The Masters, US Open, and The Open in the same year. He opted to play in The Open at Carnoustie rather than the PGA Championship which was played at the same time and it was the only time he entered the event as he became just the second man – after Gene Sarazen – to win all four majors.

Hogan received a ticker-tape welcome in New York City after returning from Carnoustie and picking up the ninth and final major victory of his career, six of them coming after his crash.

He won five of the six events he entered in 1953, but would not win another major after that as he continued to play only sporadically, with the last of his 69 professional victories coming at the 1959 Colonial National Invitation Hogan continued to play in PGA Tour events until retiring in 1971 and died and at the age of 84 in July 1997.

The Players: Justin Thomas spurred on by support of Tiger Woods ahead of win at TPC Sawgrass