Tiger Woods is still being troubled with back pain heading into the first major of the year in San Francisco, but to combat that he has swapped out his trusted putter for something new. Woods came into 2020 admitting he would have a reduced schedule focussed on being in the best shape for the Majors.

Unbeknownst to the 15-time Major winner, though, would be the three-month enforced suspension of the PGA Tour due to the coronavirus pandemic.

But Woods didn’t return to action when most of the top 50 did at the Charles Schwab Challenge back in June.

He waited until the sixth PGA Tour event to be held post-lockdown at the Memorial Tournament for his first weekend of competitive golf.

Spaniard Jon Rahm stole the limelight then as he pocketed close to $10million. 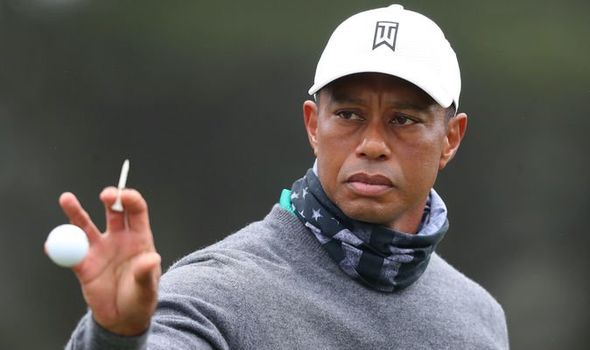 Woods meanwhile finished tied-40th as he dusted off a few cobwebs.

Despite not being in contention, Woods admitted to being happy overall with his performance.

That was his warm-up event for the PGA Championship this week but Woods has been spotted with one interesting change to his bag for the first major of the year.

The Open For The Ages: Woods set for dramatic battle with Nicklaus

The American golf icon has usually stuck with a Scotty Cameron Newport 2 GSS, which has helped him win 14 of his 15 majors.

But GOLF spotted that Woods had been practicing with a new Scotty Cameron Newport 2 this week – the same putter he tested in the 2019 Open Championship.

The putter has been modified though to help combat any back pain and Steve Stricker has revealed how Woods is feeling heading into the tournament. 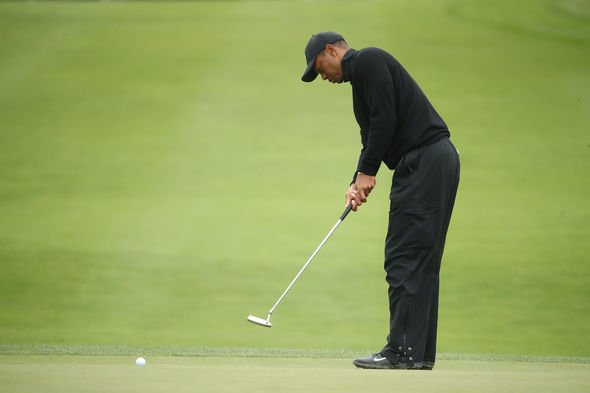 “He’s able to change the weights around a little bit, but the length is the difference.

“He’s got a little more length on there, and that’s just so he can practice a little bit more without back pain.

“That’s what excites him the most is that he was able to put in a lot of time with this putter.

“And watching him putt, it looked exactly the same to me. He rolled the ball great.”