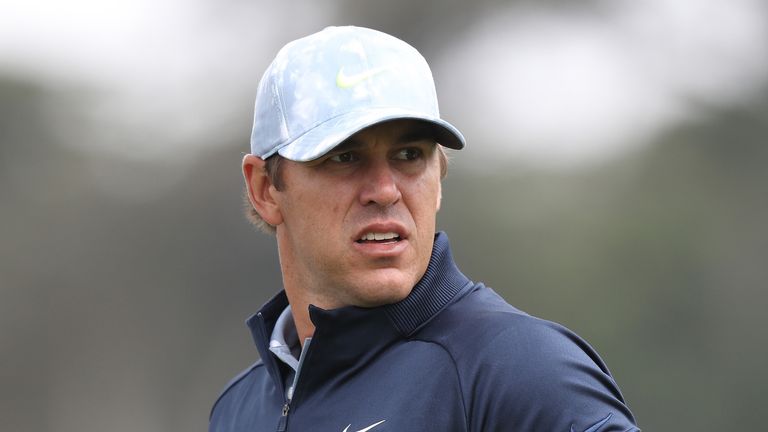 Andrew Coltart reflects on an encouraging start for Tiger Woods, a mixed day for Rory McIlroy and an ominous display by Brooks Koepka at the PGA Championship.

You cannot string bogeys together and you need to be tighter than that if you’re going to win major championships, but McIlroy knows that. You have got to be able to consolidate, get back into position and scramble when things get tough.

McIlroy’s performance was a little bit better than some of the below-average displays and results he has been putting in since golf’s restart, although there was still a careless patch midway through his front nine where he let one slip after another with three consecutive bogeys. It would be very difficult to play without crowds and be able to be inspired, excited and stimulated at the very high standards that he was performing at before lockdown. He has to be adaptable, though, as the world is very different to how it was a few months ago.

It has been a little disappointing in recent weeks since he lost his world No 1 spot that he was not able to respond, even if it was just a round of 63 or 64 somewhere. He has to try and find a way of making it work, but nothing is going to stimulate him more than a major championship. He fought his way back to level-par and I do think that the penny is hopefully starting to drop and he is getting closer to unravelling the mystery of performing at the top level again, in what is a slightly stilted atmosphere without fans.

Playing-partner Tiger Woods knows what TPC Harding Park asks of professionals and went around there in two under par, the first time in several years he has broken 70 in the opening round of a major, so he will go away quite proud of that performance.

He will be delighted with his start, given the fact he has had hardly any tournament golf over the past few months apart from four rounds at the Memorial. When you do not have those competitive reps like he calls them, it can get a little bit tricky to perform, but he is tuned to major championships.

I do not think anyone else knows how to contest in a major better than Tiger has done over the years. There was not quite as much pressure on him with expectation levels slightly lower, because of his lack of golf in recent months, but he is perfectly placed after the opening day. We have seen some generous scoring with some of the flag sticks slightly more gettable, although the thick, lush grass around and a little bit of moisture in there between club face and ball has made things tricky for anybody that was missing the fairways.

It remains to be seen whether it will be kept like that for the rest of the week or whether things will dry out. I would imagine, as the week progresses, that conditions will start to get a little bit tougher.

There is still plenty of golf to play, but Brooks Koepka remains in with a chance of defending his title again and I certainly think he is capable of doing it. He had very little form coming in, with a seventh at the RBC Heritage and then not doing great in the events before that runner-up finish last week in Memphis.

Tee-to-green he was starting to pick up and his putting was letting him down a little bit, but things seem to have started to click. That confidence is starting to return and he had a great opportunity last week, it just did not work out for him.

Justin Thomas had some incredible breaks and Koepka did not taken advantage of his, which stopped him from getting the win that he could have easily done. Had he got the win that could have held him back this week and possibly distracted him, but I think the fact that he did not makes him even more determined to win here.

Henrik Stenson and Graeme McDowell on the charge in New Orleans

The 148th Open was one of the best of modern times, says Ewen Murray