Tiger Woods won £1.6m for incredible Masters victory to take career earnings to staggering £90m… even after a host of sponsors dropped him amid injury and personal turmoil

Tiger Woods completed arguably the greatest comeback in sporting history on Sunday as he pulled off a stunning triumph at the Masters.

Eleven years after his last Major title at the US Open, Woods won for the fifth time at Augusta to earn his 15th Major.

In emotional scenes on the 18th green he punched the air in delight and screamed, before embracing his young son Charlie and the rest of his family, including his mother. 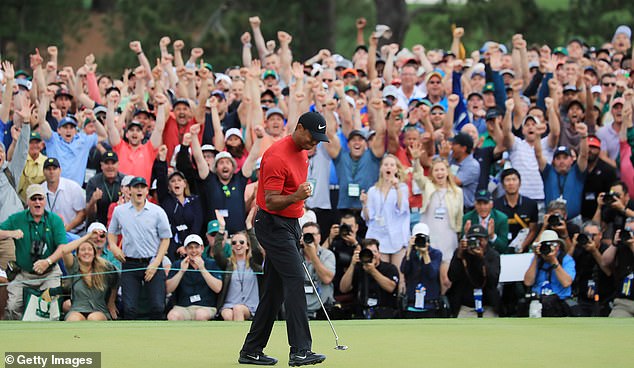 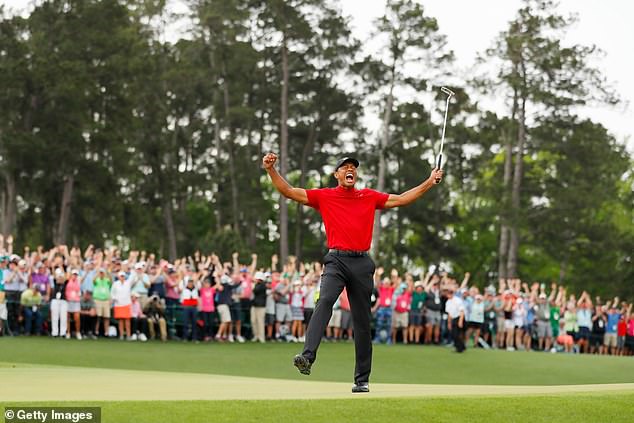 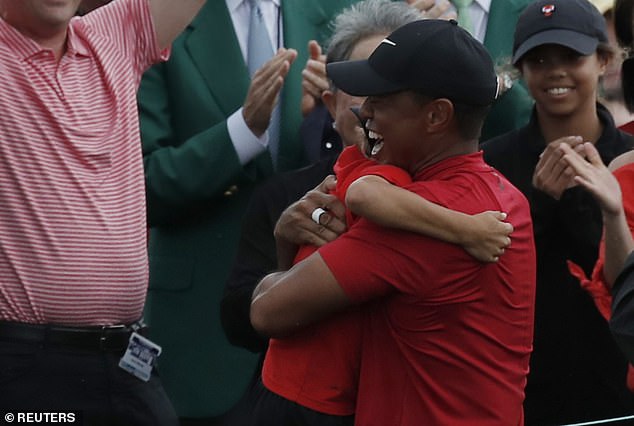 He earned a cool £1.58million for collecting his fifth green jacket, but his latest payday is just a drop in the ocean against his enormous career earnings.

That total now stands at an eye-watering £90,298,004. How much further can he go after resurrecting his career from the brink after years plagued by injury and tabloid scandal?

Ten years ago Woods fell into decline, taking an indefinite break from the sport after allegations of extramarital affairs came to light.

He admitted to infidelity in 2010 and his stock nosedived hugely. Many of his sponsorship partners abandoned him. 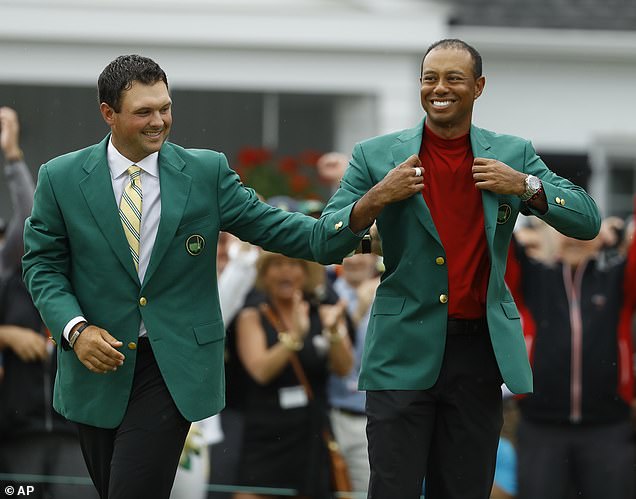 TAG Heuer dropped him before officially ending the deal when his contract expired in August 2011.

Nike, Upper Deck and EA Sports, who used Woods as the cover of the annual PGA Tour video game until 2014, stood by him.

A December 2009 study estimated the shareholder loss caused by Woods’ indiscretions to be between £3.8billion and £9b. 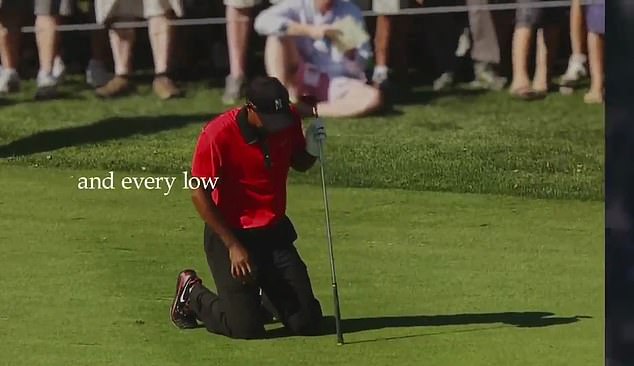 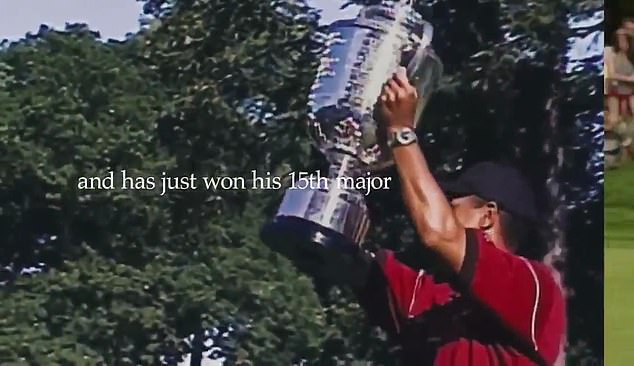 The scenes on Sunday evening at Augusta have repaid the faith of those who stuck by him, in particular Nike.

The sporting apparel giant signed Woods when he turned professional back in 1996 and have forever been associated with his 15 Major titles.

Woods’ traditional final day attire of the red Nike shirt is as iconic as any sight in sport.

The winning putt is estimated to have made the American giants £17m, to reward their years of loyalty. 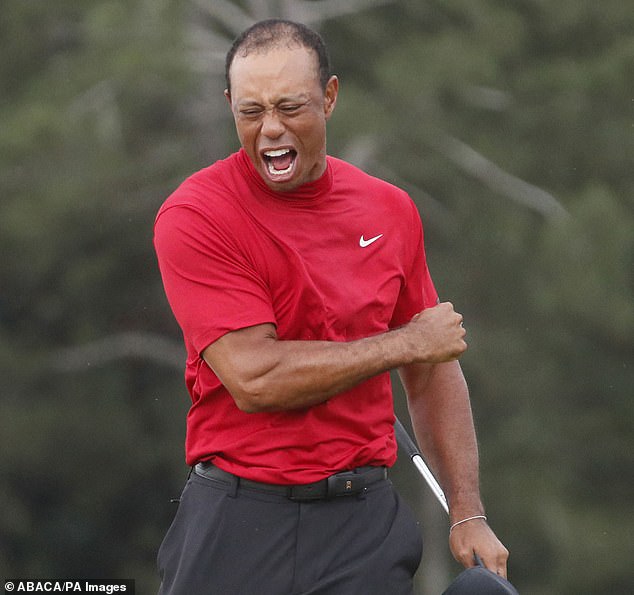 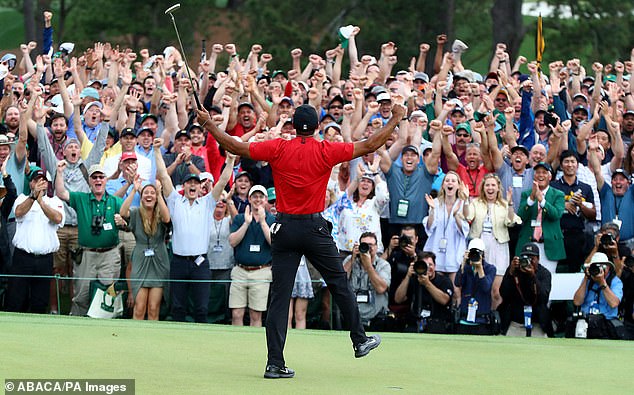 They stuck by him through 2009 and when he was found asleep at the wheel of his car at a set of traffic lights in 2017, and throughout his injury troubles that saw him fail to make the cut at Majors.

Woods-branded items on Nike’s website were selling out fast on Sunday, and they released a moving advert online, documenting his emotional comeback.

Monster Energy are estimated to have made £731,505 for being emblazoned on his bag, and Bridgestone netted £102,396 for being on his ball, according to Apex Marketing.

Many more riches await for the 43-year-old if this comeback can be turned into a glorious late-career renaissance.

The Players: Dustin Johnson faces competition for world No 1 ranking