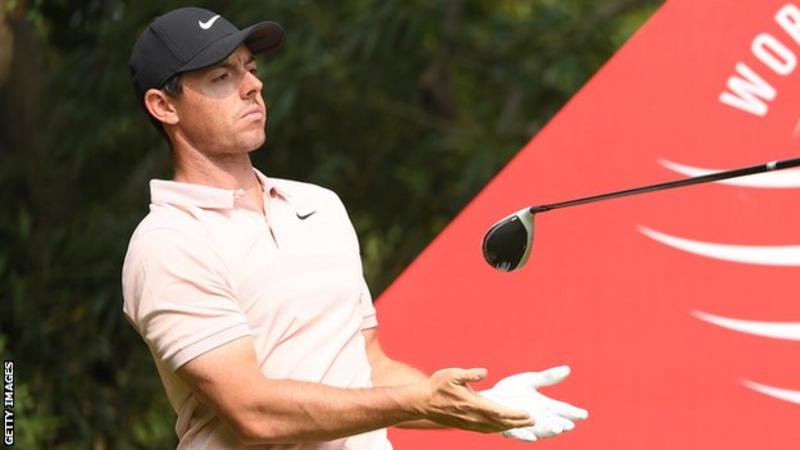 Rory McIlroy dropped 16 shots off the pace at the WGC-HSBC Champions in Shanghai after an error-ridden five-over 77 in Friday’s second round.

The 29-year-old reached the turn in 35 after three birdies and two bogeys.

But he bogeyed his 10th, the first, triple bogeyed the next after twice finding water and double-bogeyed 16.

McIlroy’s problems at his 11th, the second, came after he had hit a perfect drive that left him only a short iron into the par five.

However, the world number five’s second shot flew over the green into a water hazard and after he mis-hit his chip, his ball trickled into the same hazard again.

The former world number one is in a share of 58th in the 77-man event heading into the final two days of the no-cut tournament.

McIlroy has not won since winning the Arnold Palmer Invitational in the United States in March.

He shared second at the Open Championship in July and claimed top-10 finishes at the final two play-off events in the US before helping Europe regain the Ryder Cup in France.

England Golf to challenge closure of golf courses during lockdown