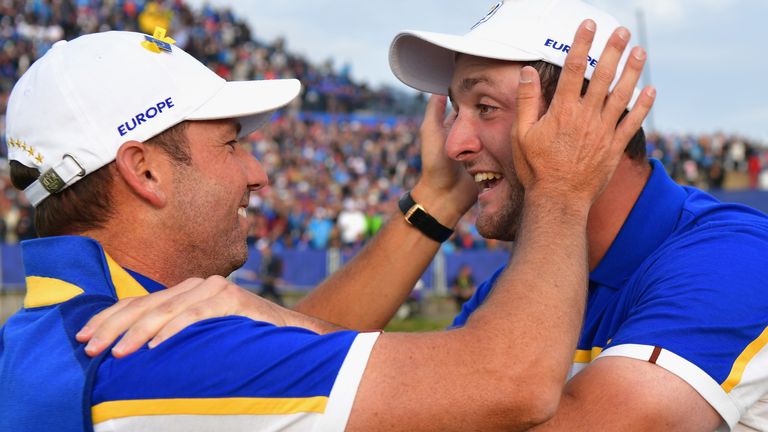 From British major success to European Ryder Cup glory, there will be plenty of magical golfing memories to enjoy on Sky Sports Golf this week.

With the global sporting schedule shut down in the coming months due to the coronavirus pandemic, we’ve ripped up the TV guide to bring you a whole host of special moments from the golfing archives.

Every day will be dedicated to a different tour, tournament or area of golf, while every evening will provide the opportunity to look back at extended highlights from a past Ryder Cup.

Georgia Hall’s maiden major victory at the 2017 Women’s British Open is the focus of the day, with the full seven hours of final-round coverage repeated from 10am and highlights available later that evening.

Attention then turns to the 1995 Ryder Cup from 10pm, with a look back at the best of the action from Europe’s dramatic victory on American soil.

The “Tuition Tuesday” theme continues through golf’s competitive hiatus, with a host of Golf Academy episodes on throughout the day to offer guidance and tips to make your golfing game better.

We then switch our focus to Valderrama and the 1997 Ryder Cup from 9pm, where a fresh-faced Lee Westwood featured and Seve Ballesteros captained Europe to victory on home soil. 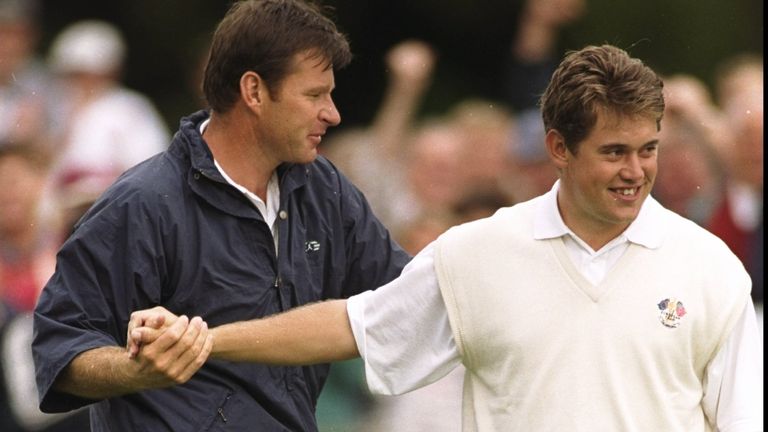 A day dedicated to European Tour golf gives viewers the opportunity to watch full final-round coverage of the season-ending 2019 DP World Tour Championship, as well as daily highlights from a memorable week in Dubai.

David Feherty’s sit-down with Tommy Fleetwood features on the channel from 8.30pm, before extended highlights from the dramatic 1999 “Battle of Brookline” Ryder Cup.

A Thursday throwback sees the day devoted to the 2018 Tour Championship, where Tiger Woods took centre stage in the season finale to see off Rory McIlroy and register an 80th PGA Tour win. 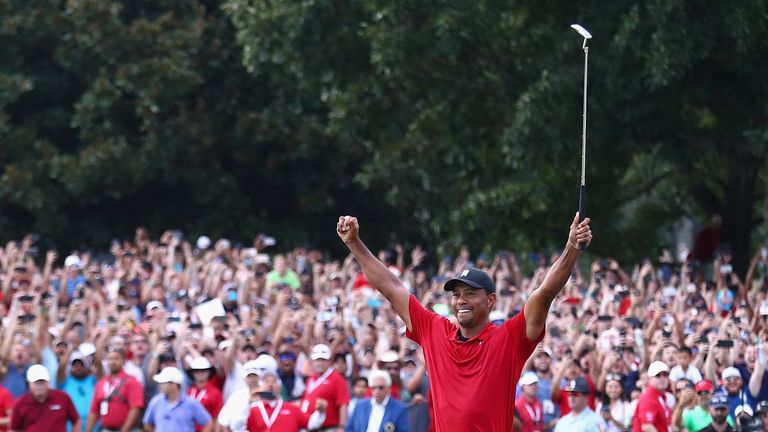 As well as daily highlights of all four rounds from that iconic week at East Lake, there’s a three-hour special from 8pm surrounding Europe’s 2002 Ryder Cup victory.

Coverage goes into major mode for the rest of the week, with Friday’s schedule centred around the PGA Championship and including final-round coverage of an entertaining finish to last year’s contest.

Full highlights of Brooks Koepka’s title defence and a sit-down with Feherty also feature, before the attention goes back to Ryder Cup mode at 10pm and Europe’s history-making display in 2004.

All 12 hours of final-round coverage from the 2016 Open Championship – the first shown live on Sky Sports – get repeated, with the Royal Troon showdown between Henrik Stenson and Phil Mickelson producing one of the best head-to-head battles in the history of The Open. Europe’s Ryder Cup dominance then continues from 10pm, with the first part of the weekend instalment focusing on the 2006 event and a week to remember at the K Club.

Ireland’s Lowry breezes to victory at The Open

Tony Finau shoots 62, takes Phoenix Open lead with ‘most enjoyable round of my career’