Will Zalatoris finally wins first PGA Tour title after INCREDIBLE fortune in the playoffs when his approach shot bounced along a stone wall but somehow stayed out the water – before opponent Sepp Straka’s shot made a splash!

After so long in the shade, Will Zalatoris finally landed his first PGA Tour title on Sunday night by edging a thrilling and turbulent play-off against Sepp Straka at the FedEx St Jude Championship.

It is a sign of Zalatoris’s talent and an awkward recognition of his near-misses that at the age of 25 there had been a growing unease about how often he had gone close without taking the last step.

But having acquired 16 top-10 finishes in the past two seasons, including six in his eight majors, he got the job done in astonishing circumstances in Memphis, with three extra holes and an almighty amount of luck needed to see off the Austrian.

The good fortune came in the third of those play-off extras.

The initial two had been played on the 18th, the second of which saw each man make a superb recovery for par from hopeless tee shots, before a trip up the par three 11th.

Zalatoris went first, hit a stone wall between the green and water, and after six bounces it somehow stayed dry, albeit wedged between the rock and soil. Effectively it was unplayable. 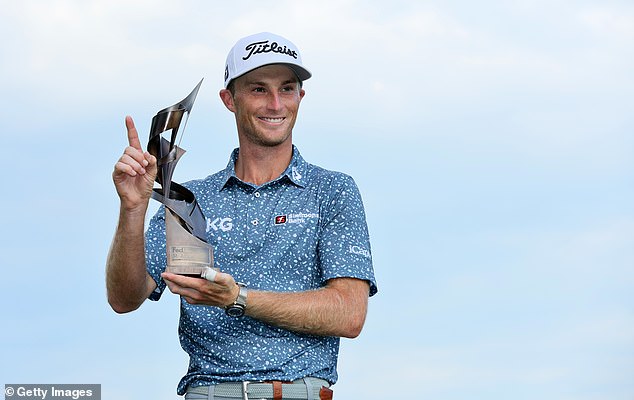 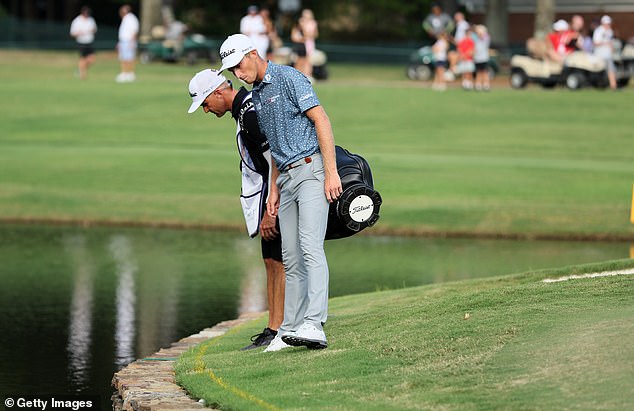 Straka, on the back of six missed cuts, stepped up and played it into water. He took a drop, found the bunker and left himself a short one for five.

That gave the American a choice: go back over the water, drop and try for an up-and-down for four; or aim at a half visible ball and risk disaster.

His caddie, Joel Stock, who only joined him this week, talked Zalatoris out of a rash decision, and after taking a drop he pitched close and won the £2.2m cheque.

‘It was a grind,’ he said, having recovered from a first-round 71 to get to 15 under across 72 holes. ‘This week I didn’t have my best stuff on Thursday but to see it pay off on the last is pretty cool.’

Earlier, Cameron Smith’s push to reach the top of the world rankings prior to his likely defection to LIV was dealt a surreal and significant blow when he was penalised before hitting a single shot in his fourth round.

The recent Open champion was due to start his final loop at TPC Southwind just two strokes back of the overnight leader JJ Spaun.

But he endured the pre-round gut punch of being summoned to the rules office, where he was informed he had played from the wrong place on the fourth hole a day earlier in round three. For that offence, the Australian was assessed a two-stroke penalty, which dragged him down to nine under, four shy of Spaun. 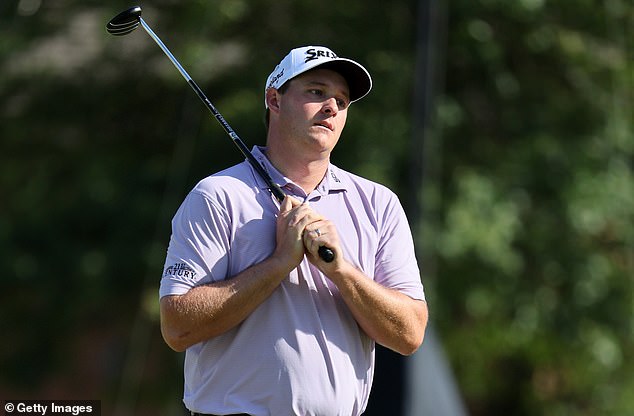 Straka, on the back of six missed cuts, stepped up and played into water after Zalatoris

The specific incident related to an errant tee shot into the water at the par three. In what appears to have been a case of Smith not knowing the rules around a common scenario, rather than any attempt to gain an advantage, his dropped ball come to rest on the penalty line, when it is obligated to be entirely in play.

The infraction of then playing from the line was only noticed via television replays on Sunday morning, leading to a penalty that some will consider as harsh.

Matt Fitzpatrick finished another strong week in a share of fifth with Jon Rahm on 11 under.