Prime Minister Boris Johnson has intervened to ensure 14-year-old Margot Scudamore and classmates at her Devon school can watch her father Tom ride at next week’s Cheltenham Festival.

In January, Tom was checking his daughter’s schoolwork when he found a letter bemoaning the fact that March 8 had been set as the date for the return to school, meaning she would not be able to watch the Festival on television.

Margot argued that watching it would help her ambition of becoming a jockey. She also wanted to watch Kingswell Theatre — a horse trained by her uncle Michael and which she occasionally rides at his Herefordshire stable — run in Wednesday’s Cross Country Chase with her father in the saddle. 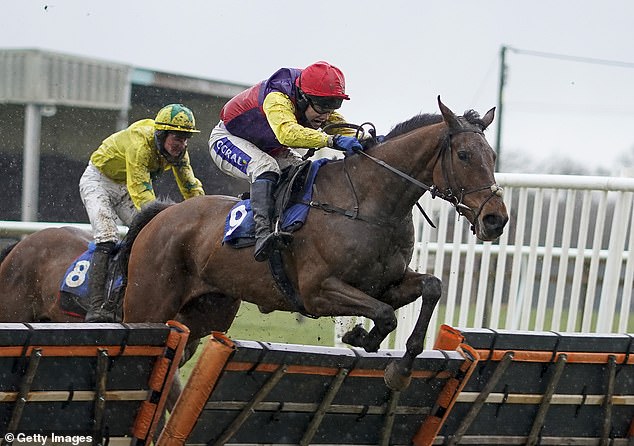 In the letter, Margot added: ‘My dad is going on 39 and as a jump jockey is reaching the end of his career. So I think it is important…(as) an aspiring jockey myself that I should watch the Festival.’

While the letter was not sent, Tom shared it online and it was picked up by Hexham’s Conservative MP Guy Opperman. The result was a call from the Prime Minister to the headmaster of Chulmleigh Community College, Michael Johnson, and a letter to Margot.

Tom said: ‘Margot and her sister Myrtle (12) were told to see the headmaster. They were told they were not in trouble but still not quite believing that when they went to his office. 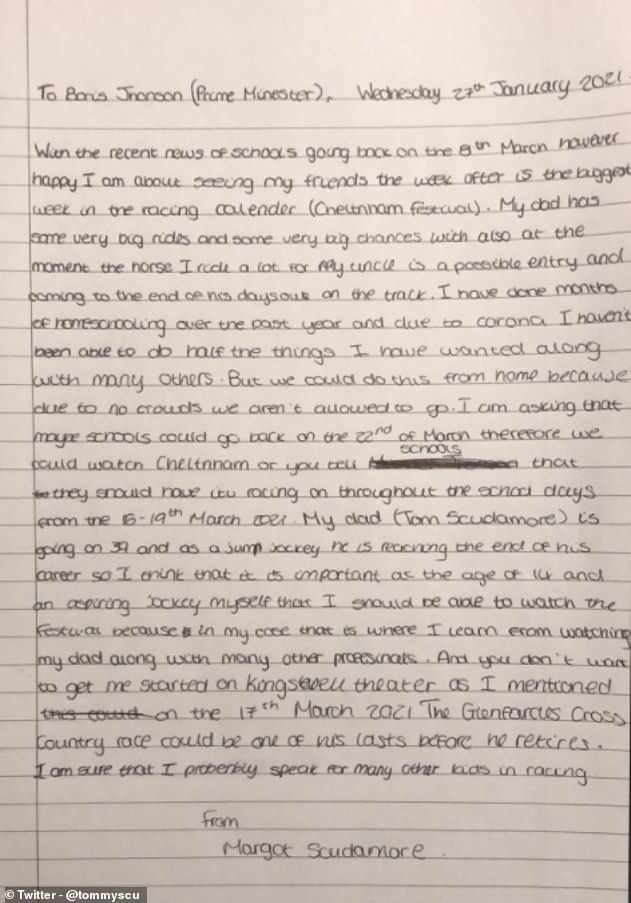 ‘But the headmaster said, “I have had a phone call from the Prime Minister and we have come to an arrangement”.

‘He said he had told the PM her lockdown work had been good and her teachers were all happy. Margot was shaking.’

Margot had three rides on the pony-racing circuit in 2020, with one win and a second-place finish before Covid halted the season.

Leading trainer Colin Tizzard has revealed next week’s Cheltenham Festival is likely to be his last with a licence before son Joe takes control of the stable.

Tizzard said: ‘Joe will be on the licence soon. I’m 65. He deserves to go on as you don’t want to go on too late in life. I’ve got other things I wouldn’t mind doing. I don’t want to wake up every morning worrying about horses all the time.’