Vintage Clouds finally won the Ultima Handicap Chase at the fifth attempt with a game display at Cheltenham.

The Sue Smith-trained grey, owned by Trevor Hemmings, made a lot of the running before his stamina and determination kicked in as he improved on two placed efforts from his four previous efforts in this staying contest.

Jockey Ryan Mania had the 11-year-old Vintage Clouds (28-1) at the front from the start with Pym and Alnadam also close up.

There was little change in the order until the tempo increased with five fences left to jump.

Pym soon weakened, but Vintage Clouds stuck to his guns and kept finding extra to win by five and a half lengths from Happygolucky with Aye Right a further two and a quarter lengths back in third and Cepage fourth.

“We sent him away for that and the application of cheek pieces has sharpened up his jumping. He used to spend quite a lot of time in the air, whereas today he was really slick over his fences and with the wind operation helping as well, he’s got his day today.

“Realistically we thought he had a good each-way chance – that’s all you can really hope for coming to Cheltenham. We were confident he would run his race as he always does – he’s a real determined warrior.”

Mania quit the saddle for a spell before returning in 2019.

He added: “It hasn’t really sunk in yet. Never in my wildest dreams did I think I’d come and ride a Cheltenham winner, especially so soon after coming out of retirement. I couldn’t be happier.” 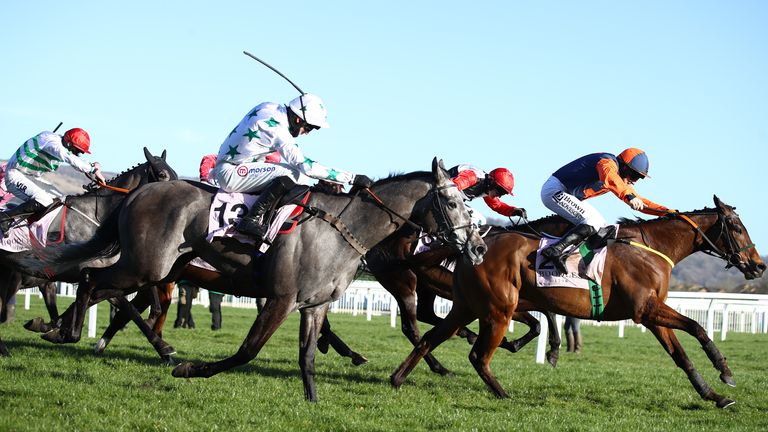 The lightly-raced four-year-old made the most of his light weight on his first run in a handicap to foil the 9-2 favourite Saint Sam.

Sean Flanagan delivered Jeff Kidder with a strong challenge to lead on the run-in and beat Saint Sam, the 9-2 favourite, by two lengths.

Elham Valley (66-1) was half a length back in third with Houx Gris (11-2) fourth, a further one and a quarter lengths away.

Flanagan, who was riding his first Festival winner, said: “He’s come here in a good vein of form. His form at home hadn’t been the most solid and his last run at Leopardstown was his first run after a bit of a lay-off and we kind of used it for experience more than anything else.

“When we got levelled out into the straight I knew he was going to stay well and he’s jumped well on the whole.

“I’m delighted for Noel and all the team at home. If it wasn’t for Noel, I wouldn’t be here – you need the horses and the staff and everything.

“To be fair to Noel said after a bit of work last week that this horse had a right chance and when he says something like that you stand up and take note. To be fair, he was right.

“I genuinely said when I passed the line, ‘I can’t believe it’. I was talking to a few of the lads who have ridden here and they said it’s a feeling you can’t explain.

“Even though there’s no crowds here, it was brilliant – I can only imagine what it would have been like if there was [a crowd].”

Meade said: “I thought he had a chance. He worked the other day and I was very happy with what I saw. I said to Sean you’ve got two good rides at Cheltenham for me this week and I think you will be thereabouts on this one.

“He is a stayer on the Flat and that’s what you need around Cheltenham. That is what he ended up doing, just outstaying them. I think the better ground helped as well.

“He won at Fairyhouse then we put in him a Grade Two at Leopardstown over Christmas which was a very good race.

“He had been running on the Flat and he was a winner on the Flat so he was used to the hustle and bustle.

“Colin Keane has been riding him on the Flat and he said he will win you a Cesarewitch one day and hopefully he is right.

“He will run on the Flat again, but we will look at another race over hurdles and we might go to Punchestown with him.”

He added: “It was nice to get another winner at Cheltenham as it has not been the happiest hunting ground for me. It gets tougher and tougher to get winners at Cheltenham, but it is the place we all want to have winners at and we think about it from one end of the year to the next.” 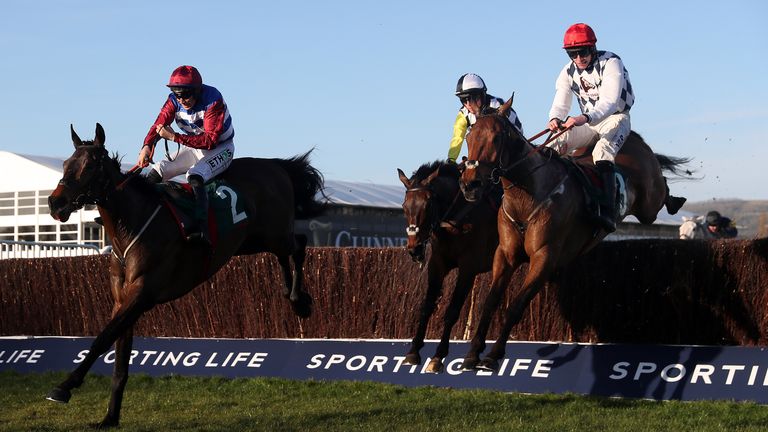 Galvin (7-2) overcame a five-month absence to land the Sam Vestey National Hunt Challenge Cup Novices’ Chase and complete a double for Kennedy after the victory of Black Tears.

The seven-year-old was held up for most of the race as Remastered and Next Destination led the way, before creeping into contention coming down the hill.

There were several in with a chance at the final fence, but it was Galvin who had the most left at the business end of the three-and-three-quarter-mile trip to beat Next Destination by a length and a half.

Galvin had been saved for the race after winning over an extended three miles at this track in October.

He had been trained by Elliott, but is being looked after by County Antrim-based Ian Ferguson, who has had a long association with Galvin’s owner Ronnie Bartlett. He bought Galvin for 34,000 euros at the sales in 2017.

On The Punt: Historic day for famous racing family