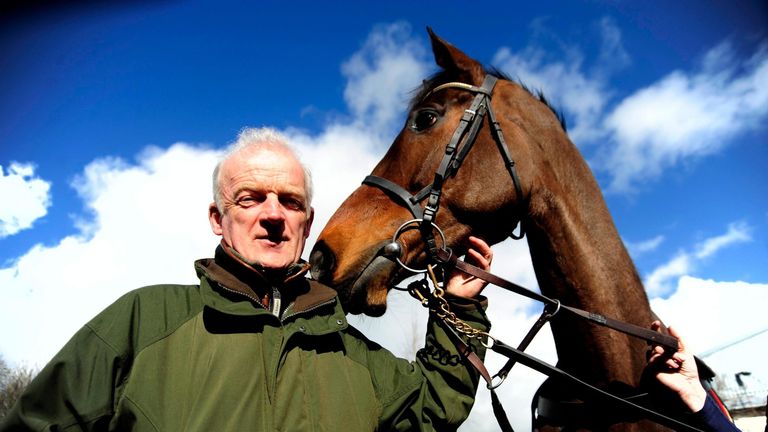 Willie Mullins confirmed Douvan is likely to miss the entire season after a leg injury turned out to be worse than he had first hoped.

The champion trainer revealed during a press stable visit on Wednesday that his eight-year-old was lame, with a stress fracture or ligament tear thought to be the problem.

Mullins said he hoped the problem would keep Douvan out for only “a few days” and that the issue was “only a mild hiccup, rather than a problem”.

However, speaking on Sunday evening, Mullins told Press Association Sport: “I think he is (out for the season), unfortunately.

“It’s the same leg that he had a problem with last year. It’s the tendon on the back of the pastern, which is a fairly rare injury.

“It’s a similar problem to what Dawn Run had many years ago, I think.”

Douvan was unbeaten in his first 13 starts after joining Mullins in 2014, an all-conquering run which included successive wins at the Cheltenham Festival in the Supreme Novices’ Hurdle and the Arkle Trophy.

However, he suffered a shock defeat and injury in last year’s Queen Mother Champion Chase – and did not return to action until this year’s renewal of the two-mile showpiece, in which he fell four fences from home when in the lead.

He was beaten by stablemate Un De Sceaux on his only subsequent start at the Punchestown Festival in April.

Broken Arrows on target for another bullseye