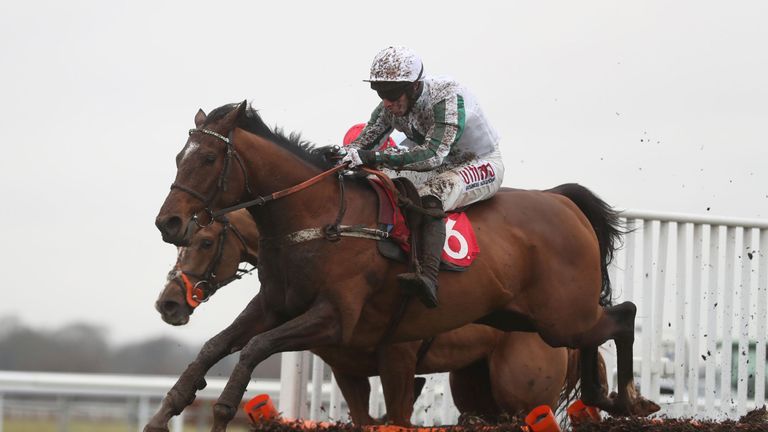 Alan King may send Redicean back to Cheltenham next month for a shot at the Unibet Greatwood Handicap Hurdle.

Having claimed the Grade Three contest 12 months ago with Elgin, King could aim his Cheveley Park Stud-owned four-year-old at the two-mile prize after he finished second on his seasonal return at Cheltenham on Saturday.

The Barbury Castle trainer said: “I was not too worried about the rain that arrived at Cheltenham.

“He was trying to give a stone and a pound to the winner. It was a good run – and I was happy enough, because the winner was race-fit.

“I’m not quite sure where we will go next, but I’ve put him in the Greatwood there next month, and we could possibly look at that.”

A return to fences could be on the agenda for the stable’s talented mare Mia’s Storm after she recorded a confidence-boosting victory over hurdles at Uttoxeter.

King added: “Mia’s Storm is a good mare, and she was good at Uttoxeter. When she is fresh she is probably at her best.

“The West Yorkshire Hurdle at Wetherby (this weekend) comes a bit too soon for her. The Listed chase she won at Market Rasen last year could be an option, although I’ve not quite made my mind up where she will go next.”

Champion jockey optimistic Funstar can cause an upset