A company linked to former mining magnate Nathan Tinkler is embroiled in a dispute with liquidators over prize money earned by a stakes-winning horse in NSW races.

Racing NSW has agreed to pay $139,681.34 to the Supreme Court for it to settle a claim on the earnings from listed winner More Energy, which is raced by Tinkler's father Les' Serene Lodge Racing. 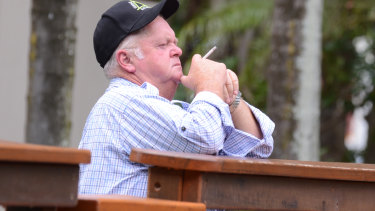 The company was the subject of wind up orders in NSW by the deputy commissioner of taxation in early 2016, but has since maintained ownership of the Jason Coyle-trained More Energy.

Serene Lodge Racing Pty Ltd was set up by Nathan and Les Tinkler in 2007 to run the family's Serene Lodge stables near Port Macquarie.

More Energy hasn't raced since finishing down the track in the Canberra Cup in March and trialled as recently as last month at Warwick Farm.

The eight-year-old netted his biggest payday winning the Parramatta Cup at big odds last August, a result which banked $71,000. He has chalked up six wins and more than $316,000 in prize money during his career, which began way back in August 2013.

But where some of that money will be paid is now set to be the subject of court orders while the horse's career remains in limbo.

Racing NSW withheld prize money while the dispute between Tinkler and liquidators raged, which will now need to be resolved via the legal system.

More Energy is currently in the spelling paddock.

Nathan Tinkler's history with racing is a chequered one.

He embarked on a rapid build of his horse racing empire Patinack Farm, which eventually involved staff not being paid wages and a massive sell-off of his assets when he struck personal financial trouble.

The coal baron clung to control of Patinack Farm for almost two years after it was placed in liquidation in 2012 before eventually selling to a consortium of domestic and international buyers in 2014.

Alpine Star team in no rush to make plans

Race-by-race tips and preview for Rosehill on Saturday