Winx secured her place in the history books as she won a record fourth Cox Plate at Moonee Valley on Saturday.

Chris Waller’s seven-year-old claimed the Group One heat for the last three years, putting her level with Kingston Town who also won three renewals between 1980 and 1982.

However, Winx surpassed that mark and now stands alone after swooping past British challenger Benbatl in the final of 10 furlongs to gain a comfortable success in the hands of Hugh Bowman. 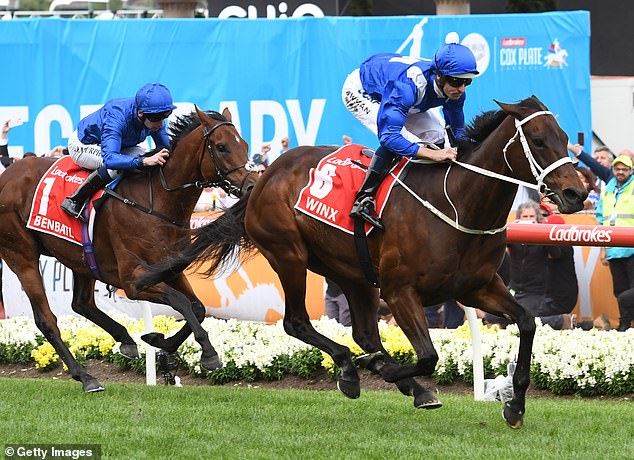 Winx’s victory also takes her unbeaten run to 29 races, stretching back to April 2015.

Winx was settled on the heels of the early leaders, with both Benbatl and Aidan O’Brien’s runner Rostropovich also racing to the fore, with the latter the first to make his bid for home under Ryan Moore.

Oisin Murphy had the move covered on Benbatl though, but Winx was cruising round the turn, racing widest of all, and when Bowman gave the signal, she shot clear before being eased down on the line.

Benbatl stuck on for second with Humidor third, but Winx was a decisive scorer.

‘I really thought in the build up to the race I would get quite emotional, I am feeling emotional but the electricity that came through my body when I turned into the home straight just then was something I guess I only get to feel. 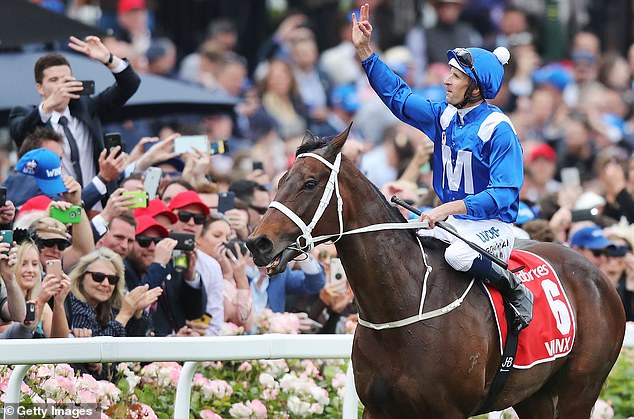 Winx’s victory also takes her unbeaten run to 29 races, stretching back to April 2015

‘Everyone watching gets so much joy and pleasure out of the superb ability of this wonderful horse. The fact she’s been able to do it so many times consecutively just speaks volumes for the management of her.

‘I really felt (the pressure) this week, more than I have before. On Thursday I rang a few close mates to have a bit of a chat, I just try to do things to keep my mind occupied.

‘I’m just so proud to be part of this amazing story.’ 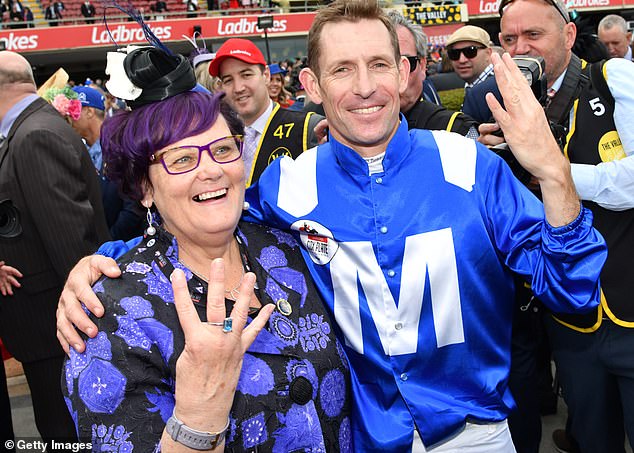