If there is one club that can claim to be victims of Major League Baseball's sign-stealing scandal, it's the Los Angeles Dodgers.

The Dodgers lost back-to-back World Series titles to the Houston Astros and Boston Red Sox in 2017 and 2018, respectively, with both clubs involved in cheating (one allegedly, for now).

MLB Commissioner Rob Manfred handed down a hefty punishment to the Astros for their sign-stealing scheme, which included year-long suspensions to GM Jeff Luhnow and manager A.J. Hinch. The two were quickly fired by Astros owner Jim Crane.

MLB is now investigating the Red Sox. The Athletic reported Jan. 7 that the Red Sox used the replay room near the dugout ti aid in electronically stealing signs in 2018.

So what do the Dodgers have to say in the aftermath of the scandal? 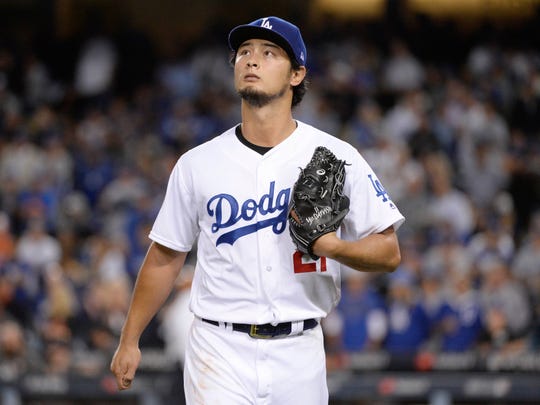 The Dodgers issued a statement 12 hours after MLB's discipline of the Astros had been announced:

Q&A: What we know about the Astros scandal

FREE PASS: Why Astros players were not punished by MLB

The organization may have to remain quiet, but some of the players have been outspoken.

Dodgers slugger and the reigning National League MVP Cody Bellinger spoke about the impending punishment the day before it landed.

"It sucks, man," Bellinger told ESPN at a celebrity softball game on Sunday. "We were close, but we did it the right way. …

"I think it's gotta come to an end unless it's gonna be a disaster. I think we have to do something about it."

Former Dodgers starter Yu Darvish, who was shelled by the Astros in Games 3 and 7 of the 2017 World Series, expressed his opinion on Twitter:

"If the Dodgers are planning a 2017 World Series parade, I would love to join! So if that is in the works, can someone make a Yu Garbage Jersey for me?

If the Dodgers are planning a 2017 World Series parade, I would love to join! So if that is in the works, can someone make a Yu Garbage Jersey for me?

Sources: MLB probe to include ’19 Astros, others