DC United propped up the MLS standings when Rooney joined in June but they secured their spot in the post season with a game to spare after extending their unbeaten run to nine matches on Sunday.

Rooney sent the hosts on their way to their latest win when he tapped in following a brilliant run from Luciano Acosta in the eighth minute.

Acosta added a second in the 24th minute and Rooney netted his 12th goal of the campaign with a penalty 16 minutes from time.

David Villa pulled one back for the visitors, who were already assured of their play-off spot.

Elsewhere in the Eastern Conference, Montreal Impact kept their play-off hopes alive as Ignacio Piatti scored twice in a 2-0 win against Toronto.

Montreal are just two points behind Columbus Crew, who suffered a damaging 2-1 defeat to Orlando City. 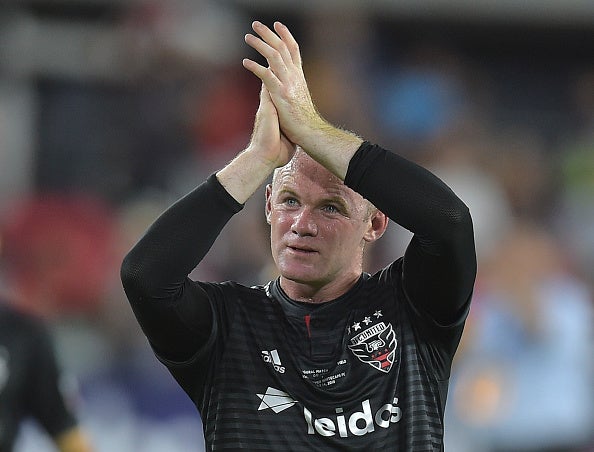 Atlanta United still top the MLS after a 2-1 win against Chicago Fire, with New York Red Bulls beating Philadelphia Union 1-0 to remain one point behind.

Portland Timbers clinched a berth with a 3-0 win against Real Salt Lake, who are now relying on other results to finish in the top six after completing their regular season matches.

Galaxy earned a 3-1 win at Minnesota United on Sunday, leaving them a point behind Real ahead of their final game against Houston next weekend.

Elsewhere in the West, Sporting Kansas City took over first place with a 3-0 win at former leaders FC Dallas.

Diego Rossi’s double was not enough as LAFC were held 2-2 by Vancouver, the Seattle Sounders beat the Houston Dynamo 3-2 while San Jose Earthquakes and Colorado Rapids drew 0-0.