‘You fight in the UFC… we’re not boxing him’: Dana White insists Floyd Mayweather can only face Khabib Nurmagomedov inside the octagon

UFC president Dana White has confirmed that Floyd Mayweather could take on Khabib Nurmagomedov next year – but only if he climbs inside the octagon.

The pair are keen to organise a money-spinning showdown in 2019, with a boxing match in front of 100,000 fans in Moscow among the possibilities.

However, after watching Conor McGregor lose to Mayweather after swapping MMA for boxing, White insists Khabib will only face the undefeated American if he agrees to take part in his first ever UFC fight. 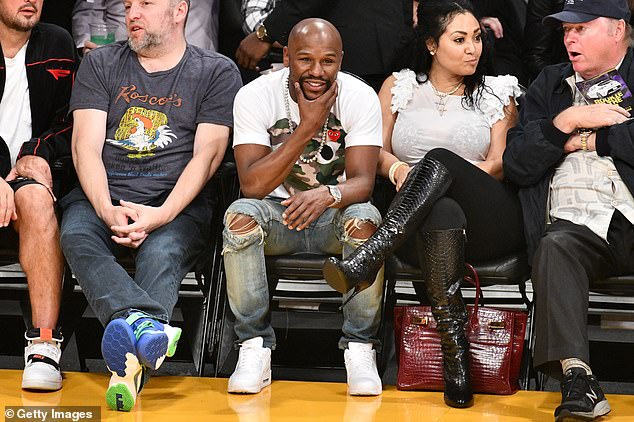 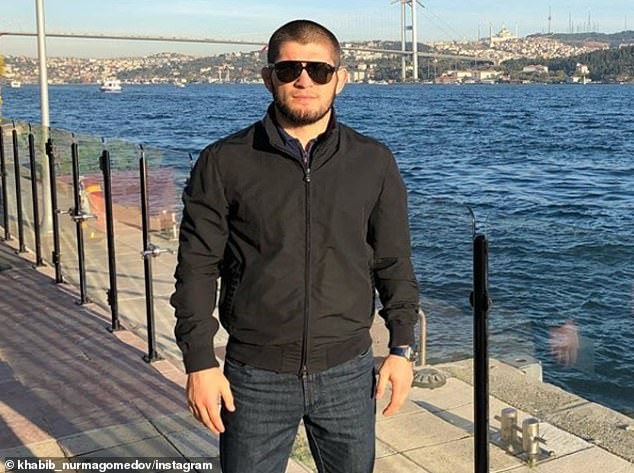 ‘Listen, if Mayweather wants to fight, come fight,’ White told TMZ. ‘You fight in the UFC. We’re not boxing him. We did that once. That’s over.

‘You wanna fight? You come fight… a real fight.’

Discussions between Khabib and Mayweather’s teams have begun, with the 41-year-old recently claiming he was ’70 per cent’ sure a deal would be agreed.

But White believes the Russian, who earned a well-deserved victory over rival McGregor earlier this month, should face Tony Ferguson in the octagon next. 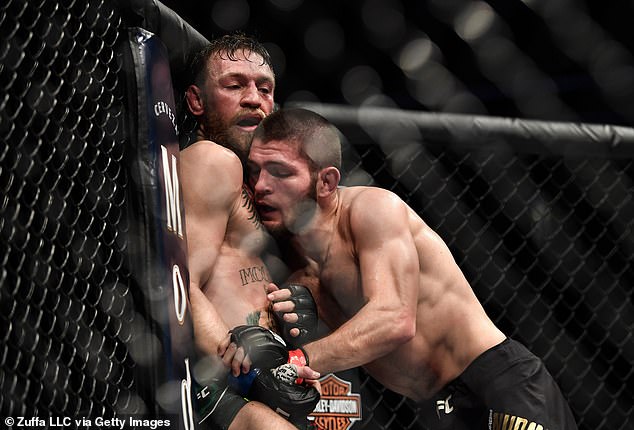 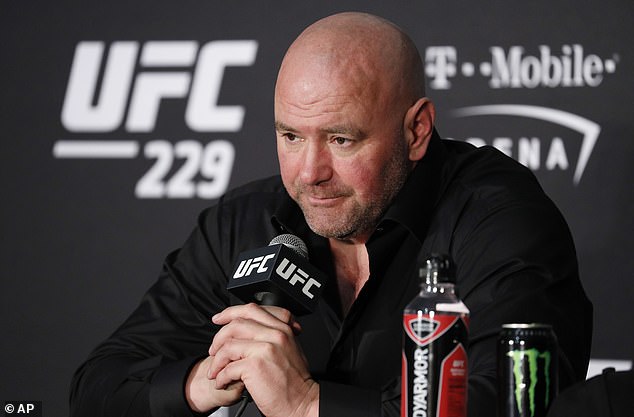 ‘He and Conor (McGregor) both have to go before the Nevada State Athletic Commission (regarding the post-fight brawl in Las Vegas),’ White added.

‘I think that’s scheduled for December and we’ll see what happens.

‘Tony Ferguson is the right fight. It’s the fight to make.

‘We’ll see how this whole thing plays out, it’s obviously going to depend on the suspension and what happens. We’ll see.’