UFC debutant Michael Chandler stunned onlookers as he knocked out Dan Hooker inside three minutes at UFC 257 on Saturday night.

The 34-year-old American, who made the switch from Bellator MMA last year, was taking part in his first lightweight fight in the company and made short work of New Zealander Hooker.

After the referee stopped the fight with just 2:30 on the clock in the first round, Chandler celebrated in style by climbing the Octagon and pulling off a spectacular backflip and he also called out Conor McGregor, Khabib Nurmagomedov and Dustin Poirier in his post-fight interview. 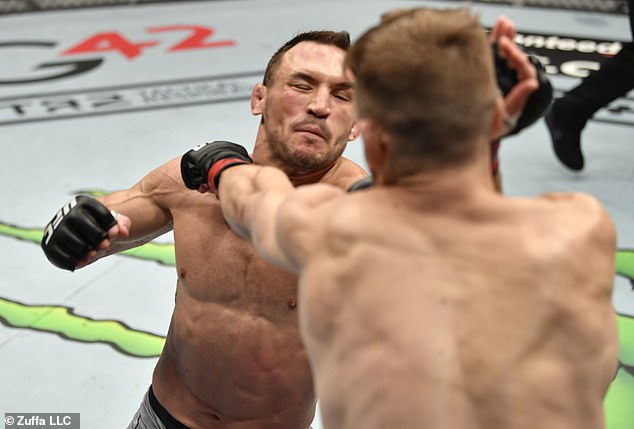 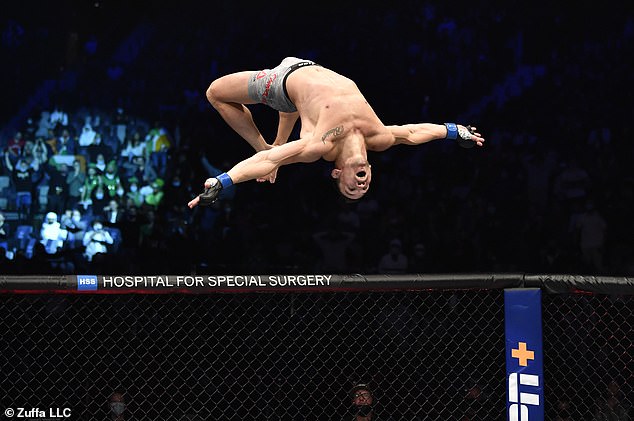 ‘Conor McGregor, surprise, surprise!’ screamed an ecstatic Chandler after his debut.  ‘There’s a new king in the lightweight division!

‘Dustin Poirier your time has come and Khabib, if you ever do see fit to grace us with your presence back here in the UFC, in your quest for 30-0 you gotta beat somebody – so beat me if you can!

However, after beating Conor McGregor with a sensational second-round knockout in the main event on Saturday night, Poirier insisted he was not interested in fighting Chandler. 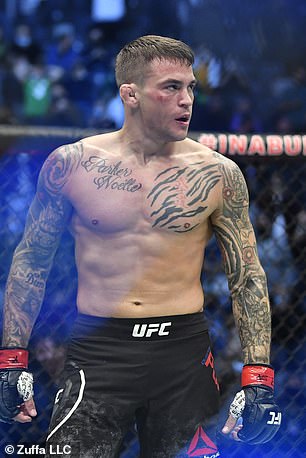 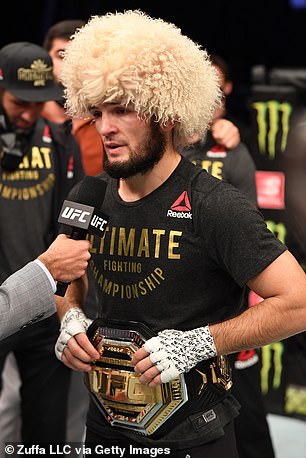 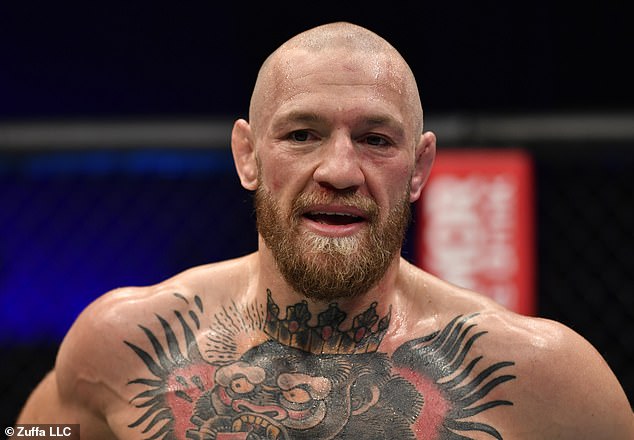 The American also called out Conor McGregor: ‘There’s a new king in the lightweight division!’

Poirier gained revenge to losing to the Irishman seven years ago by pulling off a brilliant second-round knockout-victory at UFC Fight Island, sending shockwaves through the lightweight division.

The Diamond noted afterwards how he did not feel McGregor’s ‘aura’ in the octagon on this occasion and also addressed the question of who he will fight next, admitting he’s always ‘wanted to whip Nate Diaz’s a**’ but ruled out a fight with Chandler.

‘I can guarantee I’m not fighting Michael Chandler,’ he said. ‘They can do whatever they want with the division.’ 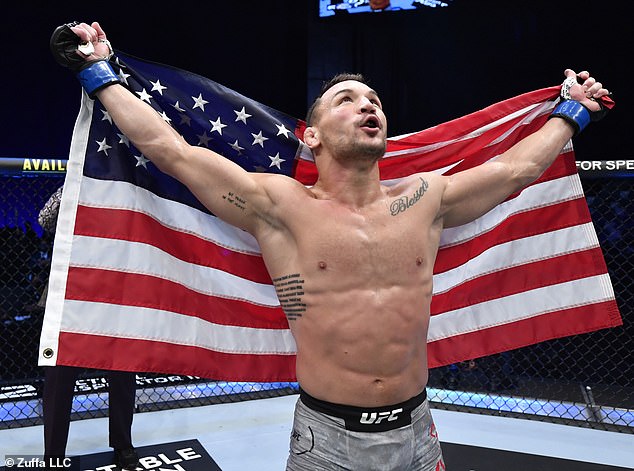 How does the UFC heavyweight puzzle fit now Jones is stepping up?