The struggling Chicago Bulls – boosted by a new head coach and front office personnel – seek direction, not a superstar, in the 2020 NBA Draft.

Hopes might have been high for some before the season started for the Chicago Bulls, but four losses in their first five games, including embarrassing defeats at the hands of the New York Knicks, Cleveland Cavaliers and Charlotte Hornets, showed that the 2019-20 Bulls simply didn’t have the charge to match the threat of their horns.

The reason fans were momentarily optimistic was thanks to an exciting roster of young players with great potential.

But a combination of old-school, overly disciplined coaching that failed to connect with youngsters, a mish-mash of talent over-loaded at one position, and a lack of leadership meant the team had little direction. 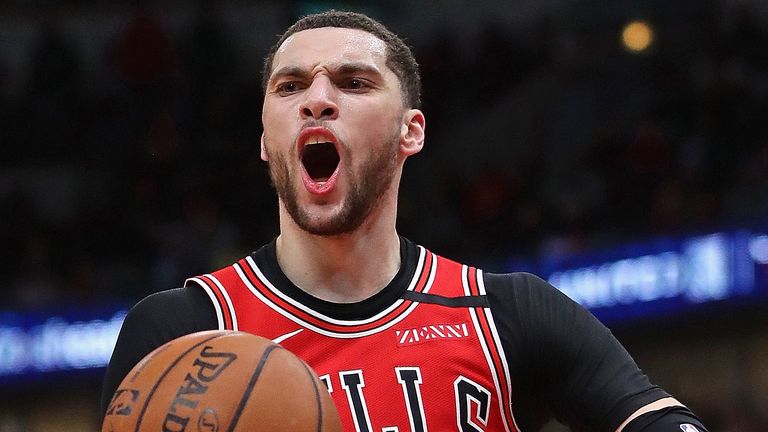 This resulted in Chicago’s best scorer, Zach LaVine, showing his frustration by taking over games, while many others on the roster were unable to secure a regular spot and grow in their roles.

Of the players that were most relied on last year, only one had more than six seasons of experience. Thaddeus Young is not a high impact offensive force, but having been drafted in 2006, his voice is respected. But there is only so much one veteran can do.

The team’s true leader is LaVine, and while he possesses an excess of individual talent, he can occasionally be moody and self-serving, as shown when the Bulls were going through a rough patch in January and February this year.

LaVine was seen shouting “I have 40 f*****g points!” in the direction of head coach Jim Boylen, though he later claimed it was trash talk to Dennis Schroeder. Around that same time, the guard was visibly frustrated and questioned why the coach was calling a timeout in another game’s closing seconds when Chicago had little chance to get back in the contest. 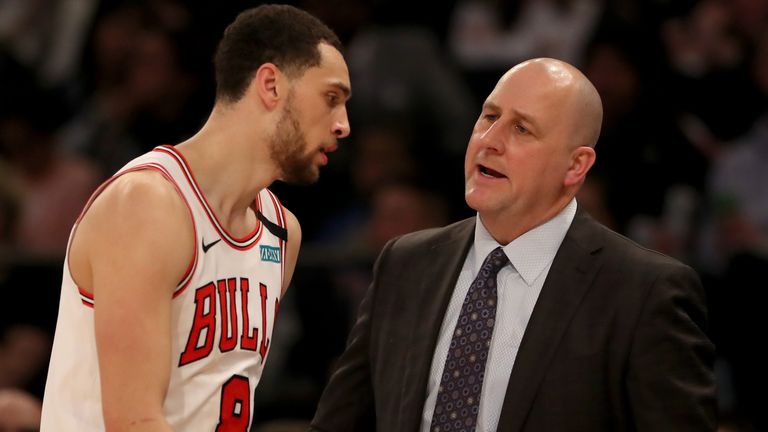 When a team’s best player openly chews out his coach like this, and there are few people who command enough respect to stop this behaviour in its tracks – the previous season’s roster constructed a Leadership Council made up of multiple veterans to solve this issue, many of whom are now on different teams – and the behaviour only exacerbated other issues.

These included injuries. Lauri Markkanen, Otto Porter, Luke Kornet, Wendell Carter Jr, Daniel Gafford and Cristiano Felicio all missed significant time – basically every forward and center on the roster. This made it difficult to build up chemistry, which is one of the few positives you can take from losing seasons when a young roster is put together in a rebuilding project.

With these challenges, on top of a coach that had a different approach to overcoming obstacles, something had to change. And it came as little surprise when Boylen was let go when the season finally concluded. 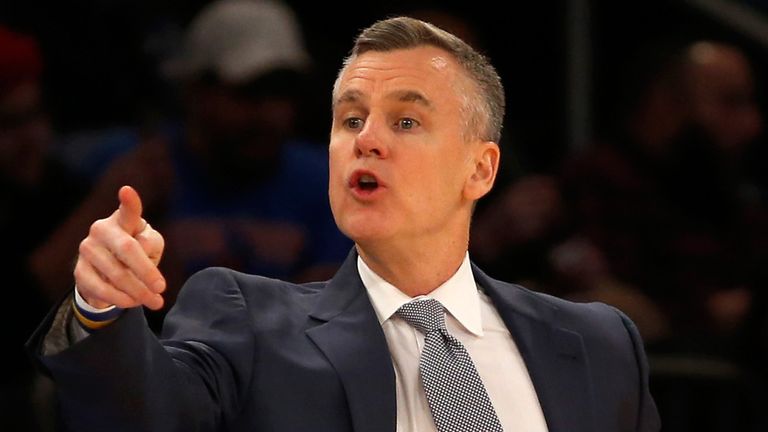 With another bad regular-season record, the bouncing balls benefited the Bulls in the NBA Draft and they landed the fourth pick.

Despite this draft arguably having few franchise-altering players compared to the previous editions, there is still great talent to be picked in the lottery. Some teams might consider trading down in years like this, or even trading out of the draft completely for veteran talent. This might be an option for a team like the Bulls, but a new coach for the 2020-21 season might be able to improve the team’s outlook.

Billy Donovan is a former college coach with the Florida Gators, and he led them to back-to-back championships in 2006 and 2007. He then coached the Oklahoma City Thunder roster to multiple successful seasons, even if his offensive systems were considered tactically limited at times.

With Donovan in place, nurturing young talent and simplifying the strategy, it is a better option for the Bulls to continue to invest in youth. But when figuring out a plan for this year’s NBA Draft, they must look at what the team can work with.

Who should the Bulls draft? 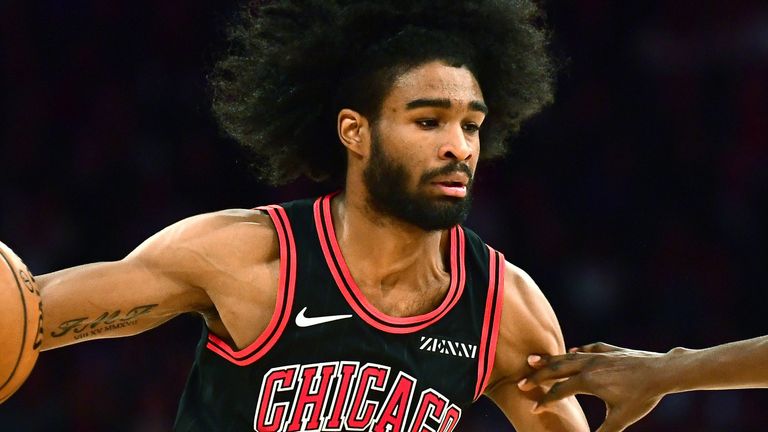 Chicago already have too many guards – to the point where it was a struggle to find playing time for Coby White, Ryan Arcidiacono, Tomas Satoransky and Kris Dunn – so it might not be wise to spend their pick on someone who needs the ball in their hands.

They already have a ball-dominant wing in LaVine, and while a back-up in that position would be beneficial, such a high selection might be better used on a big who can score and do the dirty work on the defensive end. 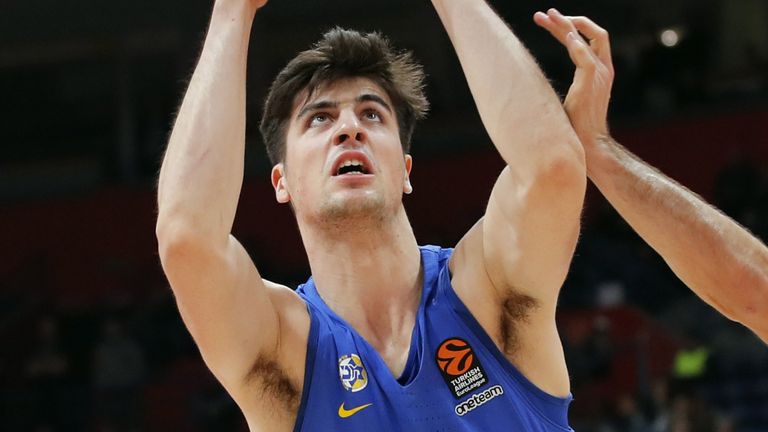 In this vein, there are a handful of targets. At the end of his career, draft prospect Deni Avdija could prove to be a better player than Bulls forward Lauri Markkanen, but it would be a shame to give up on the Finn after just three years, some of which he has dealt with injuries.

The two don’t have identical games – Avdija already seems stronger going to the basket – but they like to start with the ball in the same spot. Instead, it might be better for Chicago to look at the tough, defensively competitive Onyeka Okongwu or even the offensive threat that is James Wiseman if he is still available.

The team has amassed talent and young assets but, so far, the roster construction hasn’t worked. Whether or not Donovan can make something of the young group will determine the direction the team going forward. 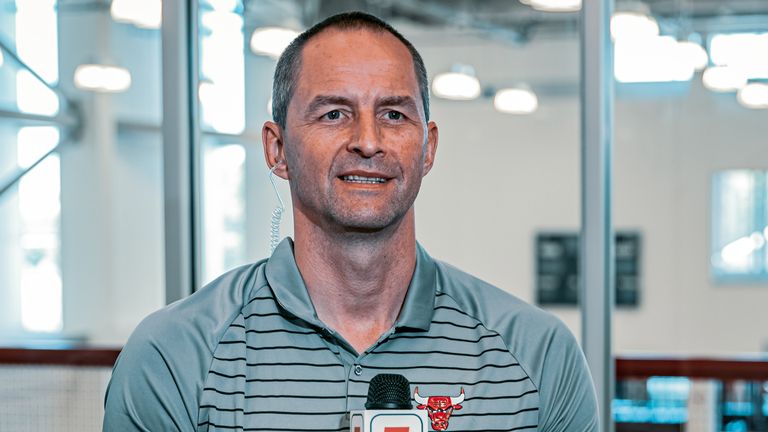 The franchise hired Arturas Karnisovas to lead on basketball operations and Marc Eversley as the general manager earlier this year, and they will be looking to put their stamp on the way the team operates after Gar Forman and John Paxson were removed after holding top positions since the early 2000s.

Even if the talent in this year’s NBA Draft might not thrill casual fans, look for the Bulls’ new front office to go big and give a new head coach one season with a complete roster.

Making a good selection in this year’s draft could help save the rebuild that Chicago have been experiencing for several long seasons, and success could come in the form of a 2021 playoff spot.

But with few places left to change, failure could highlight problem players on the roster and force the team to blow it up and start from scratch, again.