Kyrie Irving is in ‘high spirits’ and ‘looking forward to getting back to playing’ for the Brooklyn Nets, says Kevin Durant – with the guard suspended for linking to an anti-Semitic film

Kevin Durant says Kyrie Irving is looking forward to getting back onto the court for the Brooklyn Nets – but nobody seems to know when that is going to be just yet.

Irving is suspended for linking to the 2018 film ‘Hebrews to Negroes: Wake Up Black America’ on Amazon – deemed ‘venomously anti-Semitic – and his subsequent delay in apologizing and the Nets have mapped out a six-step plan Irving must complete before he’s back in the team.

He was initially banned for a minimum of five games which he has now served, but new coach Jacques Vaughan confirmed will not be back for the Nets against the Lakers on Sunday. 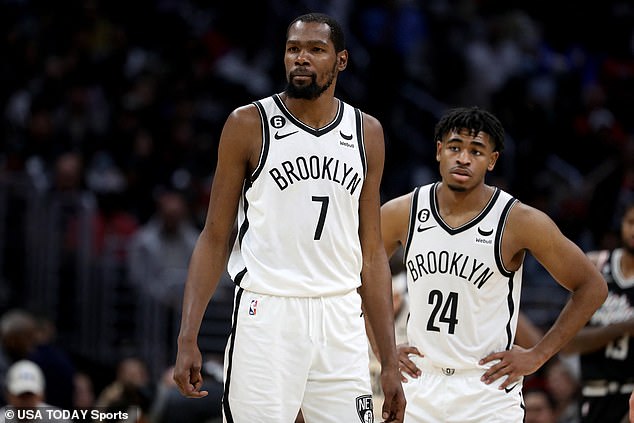 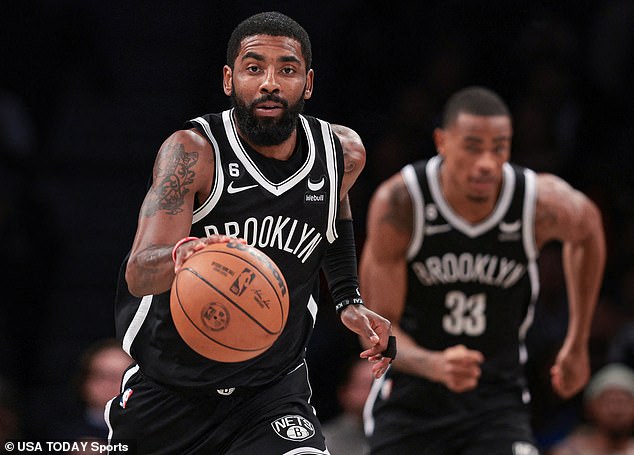 Speaking after the Nets beat the Clippers 110-95 on Saturday, Durant said Irving’s spirts are ‘high’ and was quoted by ESPN as saying that he’s: ‘Looking forward to playing the game.

‘You know Ky, he’s a gamer, he loves to play. So hopefully all this stuff is over with, we can move past it and get him back on the floor soon.’

Durant added that he doesn’t know when Irving will return, though.

‘That’s been out of our control. And as players we try to lock in on the game, practices,” Durant said. ‘ 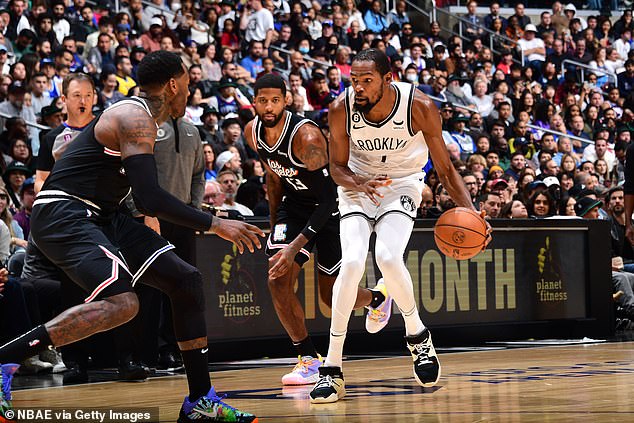 So we just try to lock in and whenever that figures itself out, it will. That’s over a lot of our heads right now so we just got to control what we can.’

The Nets are playing four games on the west coast at present – Sunday’s game against the Lakers is the second.

They are back at home on November 20 and take on Memphis Grizzlies.