The Golden State Warriors delivered one of those high-flying third quarters that were a signature last season.

Stephen Curry capped it with a rare but dazzling block.

‘We’ll have to start calling him a rim protector now,’ Kevin Durant said. 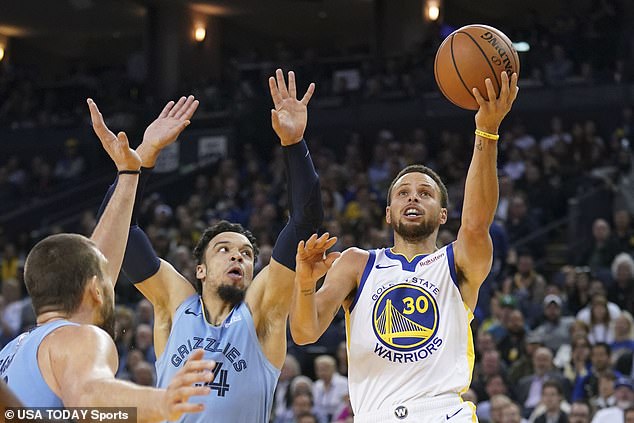 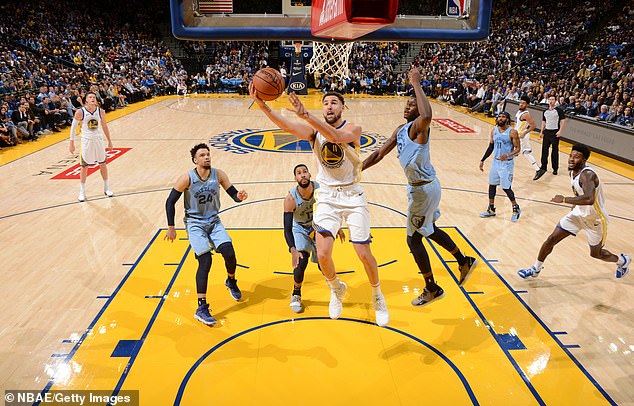 Klay Thompson scored 27 points, Durant added 22 points, six rebounds and six assists, and the Warriors pulled away after half-time to run their winning streak to eight games with a 117-101 win against the Memphis Grizzlies on Monday night.

Curry overcame a slow start to score 19 points, and the Warriors used a 34-15 third quarter to pull away. That marked a season-low scoring total for any quarter by the Grizzlies.

At 10-1, the Warriors are off to the second-best start in franchise history behind the team of three years ago that began 24-0. The 1960-61 Philadelphia Warriors were 9-0 before losing four straight. 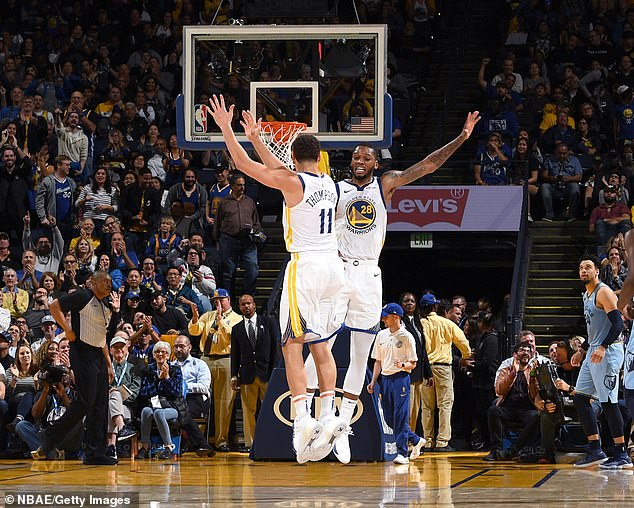 Thompson’s contested 3 moments before the half-time buzzer sent the teams into intermission tied at 58, then the Warriors took off the way they do resemblant of their signature third quarters last season.

‘I think the second half we picked the pace up, got out in transition and that opens up the floor for everybody,’ Thompson said.

Curry’s 3-pointer with 3:14 left in the third put the Warriors up by 10, 81-71, before Durant followed with back-to-back jumpers. Curry swatted a shot by Wayne Selden to end the third, sending the two-time defending champions into a frenzy.

‘That was impressive,’ coach Steve Kerr said. ‘I was hoping for the (Dikembe) Mutombo finger wag. Didn’t quite get it.’ 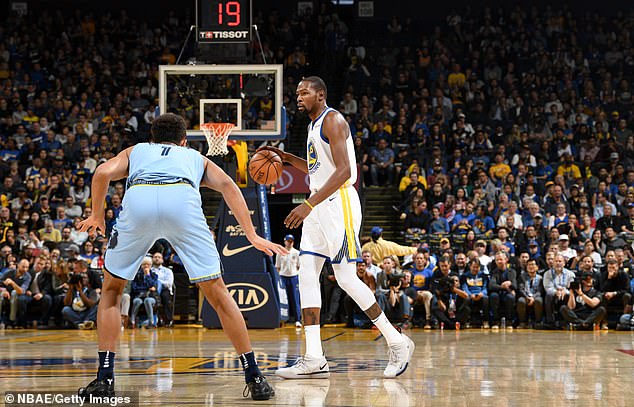 Curry shot 1 of 7 in the opening quarter with a single 3 accounting for his point total.

Draymond Green was limited to just fewer than 14 minutes because of a bruised right foot. X-rays were negative, Kerr said.

Dillon Brooks came off the bench to score 11 of his 18 points in the first quarter to help the Grizzlies take a 31-29 lead. Jaren Jackson Jr and Shelvin Mack scored 15 apiece for Memphis.

Marc Gasol had eight points with just a pair of field goals to go with 10 rebounds and nine assists for Memphis in its first set of 13 back-to-backs this season.

Alfonzo McKinnie scored 14 points off the bench for the Warriors, who have won 13 of the last 17 meetings with Memphis and four straight at home.

‘It’s a snowball effect of things,’ Memphis guard Mike Conley said. ‘When they get a couple good looks, a couple easy shots to fall, it’s contagious and everybody else kind of feeds off it.’

Benching rankles LaVine: ‘You play a guy like me’

In Europe, Kobe recalled for his ‘Italian qualities’