Coronavirus: Lebron James on 'playing without the fans'

Los Angeles Lakers legend Lebron James has revealed that his injury, picked up during Tuesday’s defeat by the Los Angeles Clippers, is unlikely to rule him out of his side’s next outing on Christmas Day. The 35-year-old missed the final eight minutes of the game after rolling his ankle but is expected to feature against the Dallas Mavericks.

James registered 22 points, five rebounds, five assists and four turnovers during Tuesday’s encounter at the Staples Center but could not inspire his Lakers team to victory against their local rivals.

The Clippers clinched the contest 116-109 to deny James and his team a perfect start to their championship defence.

Tuesday’s other opening night fixture saw the Brooklyn Nets overcome the Golden State Warriors by a scoreline of 125-99.

“I turned it pretty good, but I don’t think it’s going to stop me from playing on Friday,” James told ESPN. “So, have a couple days, you know how I am about treatment, so I’ll do that around the clock and I think I should be fine by then.”

JUST IN: Ronnie O’Sullivan’s ‘moving to Germany’ claim after ‘years of lies’ 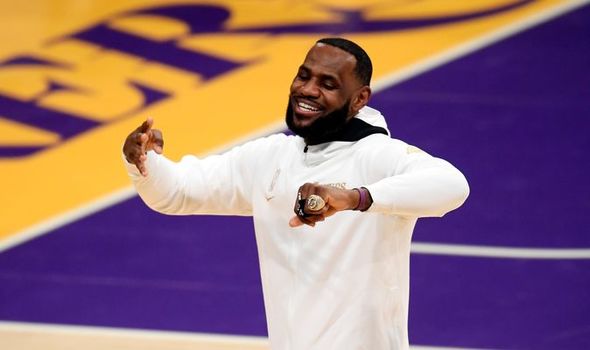 When quizzed on the nature of his treatment, James jokingly claimed that he will drink wine ‘on the left side’ of his body in order to aid his recovery, with the four-time NBA champion stressing that he will be fully fit in time to face the Mavericks.

“I’ll go home and have dinner right now,” he said. “I’ll ice it, and I’ll drink some wine that will flow right to the ankle.

“I’ll wake up [Wednesday] morning before I leave the house, and also I’ll get some more treatment at the facility and just continue to do that. 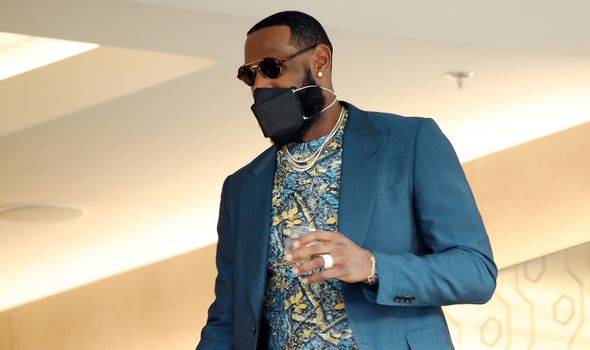 The Lakers will be hoping to keep their star man fit if they are to mount another challenge this time around.

The team’s next match against the Mavericks, which will begin at 1am on Boxing Day for UK fans, will see James face off against Luka Doncic, the overwhelming favourite for this year’s Most Valuable Player award.

Last season’s prize was won by Milwaukee Bucks power forward Giannis Antetokounmpo, who joined Hakeem Olajuwon and Michael Jordan in being named MVP and Defensive Player of the Year in the same campaign.

Inside the awkward final chapter to San Antonio’s Kawhi saga