But fast forward a decade and the veteran Englishman now finds himself providing the golfing romance himself – instead of trying to kill it stone dead.

At Turnberry back in 2009, Westwood needed to par the 18th hole on Sunday to lift his first Claret Jug and snatch it from under the nose of American legend Tom Watson who, at the time, was approaching his 60th birthday.

Apart from Westwood, along with his family and friends, the whole world wanted Watson to go on and win.

He didn’t in the end. He was thrashed in a play-off by fellow American Stewart Cink, but Westwood had kept his end of the bargain by not only destroying his own hopes of winning on the last green, but failing to make the shoot-out too.

That’s because Westwood managed to three putt the final hole – and it has haunted him ever since.

“I felt really sick about it for a couple of days,” he said.

“We went from frustration to sickness. I tried to get away as quickly as possible. By the time they were in the play-off, I was gone.

“I consoled myself with a few beers. It felt like the best solution. And then I watched the highlights!”

12 months later Westwood finished second in the Open to Louis Oosthuizen at St Andrews, but nothing compares to the pain of his Turnberry trauma.

Now he is much older and wiser – and in with another chance to win the tournament he treasures the most following a stunning second round of 67 at Royal Portrush to go with his opening 68. 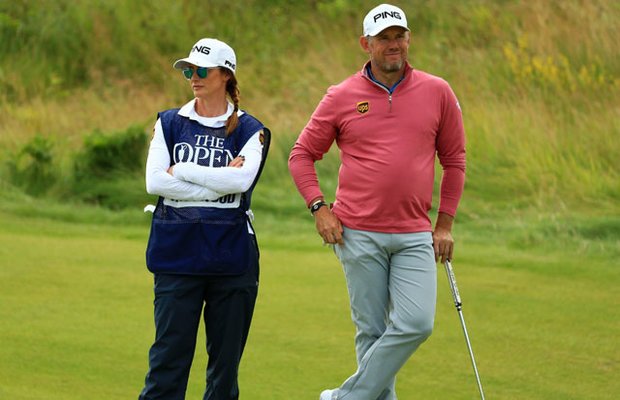 Westwood would become the third oldest Major winner in history if he could finally break his duck on the north east coastline of Northern Ireland. He would also become the oldest person to lift the Claret Jug since Old Tom Morris in 1867.

It would be quite a story, but Westwood, whose highlight was sinking a mammoth 50ft putt on the dangerous Par 3 16th hole, is too long in the tooth to get wound up about if he goes on to win or not. 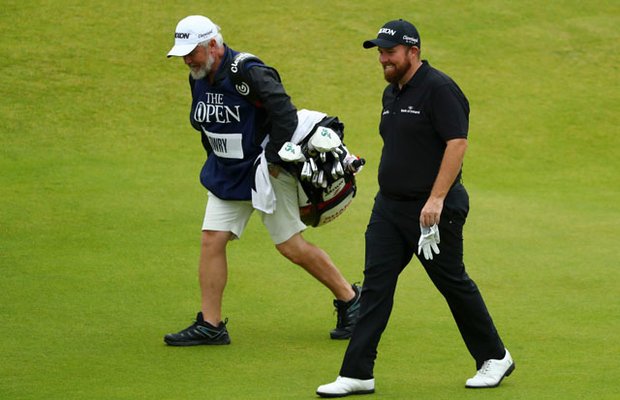 “I’ll just go home and have dinner, go on holiday the next week. Do the same things, life won’t change.”

Westwood has partner Helen Storey on his bag of the first time in a Major – and revealed there is no chance of them falling out in front of the watching world.

He added: “Obviously I get on well with Helen. She doesn’t know too much about golf, but she knows a lot about the way my mind works.

“So she keeps me in a good frame of mind and focusing on the right things at the right time. There’s more to the caddying than carrying and getting the wind direction. 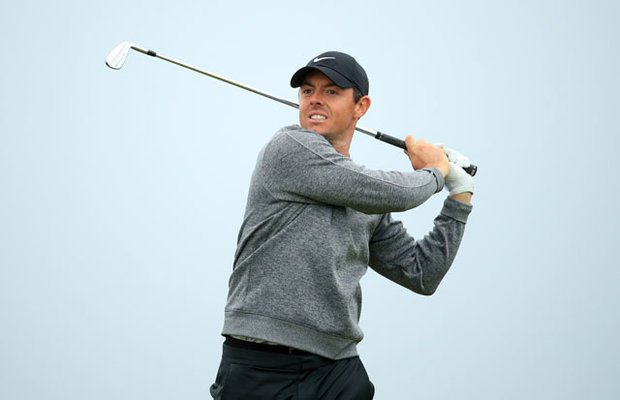 “We talk about dinner. Where we’re going on holiday. Whether there’s a nail file in the bag.

“You’d be surprised the sort of things we talk about out there. The favourite one was from Denmark the first week she caddied for me.

“I took out a divot because it was big and soft and she’s walking back with the divot like this, and I said, ‘what’s wrong? She said, ‘I hope there’s not a worm in this’. It makes me smile. It’s a big advantage.”